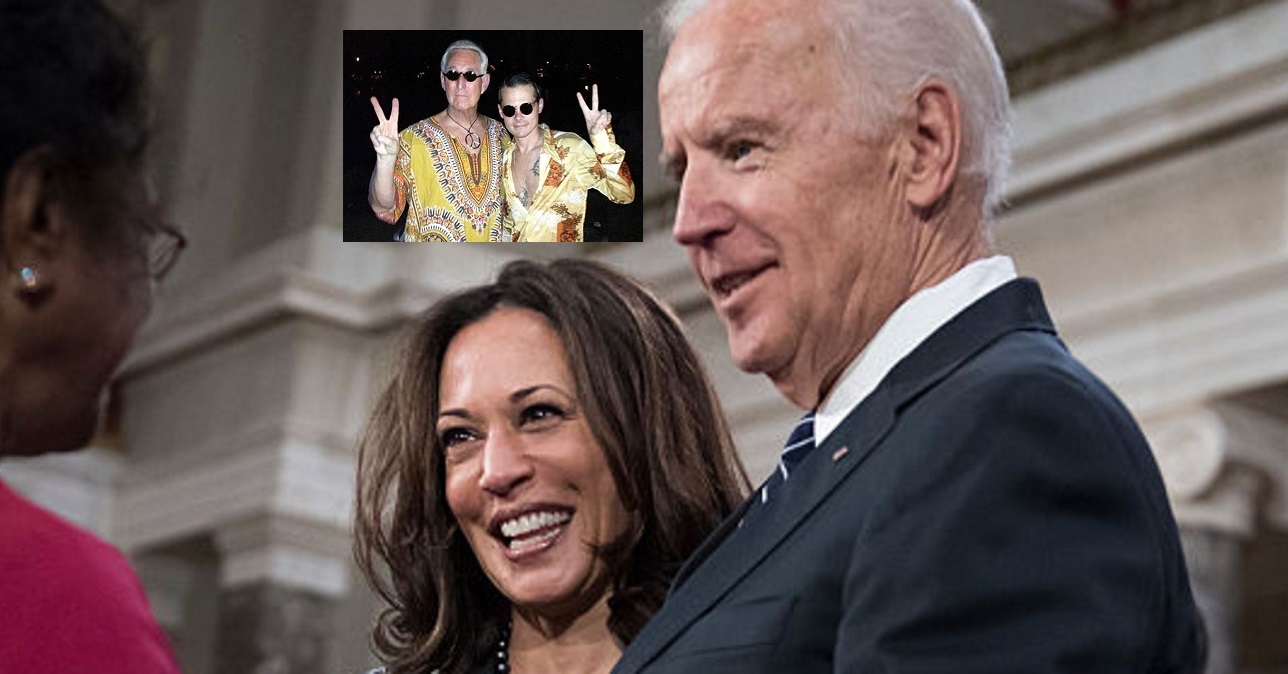 Politics doesn’t have to get nasty and messy as former vice president Joe Biden and Senator Kamala Harris have shown. They have a deep connection through Biden’s son Beau, who passed away from brain cancer. Roger Stone is back in the headlines slightly as his former aide, who has fought for a long time to not testify, finally relented to be questioned about WikiLeaks.

Nearly a year his death, Kamala Harris was still grieving. Speaking at the California Democratic Party’s convention in 2016, Harris spoke of Biden’s family as one that “truly represents our nation’s highest ideals, a powerful belief in the nobility of public service.”

She then praised his father, Joe, saying the then-vice president “has given so much to our country and on top of everything he has accomplished, he gave to us my dear friend, Beau.” Joe Biden later took the stage, calling Harris among the “great friends” he and Beau had in California.

Harris and Beau Biden formed a close friendship during their time as state attorneys general — Harris in California and Biden in Delaware. It was that relationship that drew Harris closer to Joe Biden and has come into focus now that they’re both vying for the Democratic presidential nomination.

Most of the two dozen White House hopefuls have pre-existing friendships from their time on Capitol Hill or other Democratic circles. But few are as complex — and potentially awkward — as the tie between Harris and Joe Biden.

They’ve bonded over their deep love and admiration of Beau Biden and a sadness over his loss that lingers four years after his death. But signs of tension that could strain the relationship have already surfaced.

Her campaign, for instance, has resented talk that she would be a perfect running mate for Joe Biden. After a recent New Hampshire town hall, she pointedly joked that Joe Biden would be a great running mate because “as vice president, he’s proven he knows how to do the job.”

Yet while many candidates in the race have derided Joe Biden’s high-dollar fundraisers and past policy stances, Harris has largely refrained.

If they share the stage at one of the upcoming presidential debates, their approach to each other could be further tested. Given their past history, some Democrats doubt Harris and Joe Biden will swing too hard against each other — at least early on.

“In this instance, I have to believe that when you’re talking about someone having lost their child and someone who lost a friend and a colleague, I think that creates respect, not rancor,” said Democratic strategist Karen Finney.

Representatives for Harris and Joe Biden declined to comment for this story.

But those who worked closely with Beau Biden and Harris on a number of issues while they served as attorneys general said the two quickly developed a rapport and a level of trust. They came to rely on each other as sounding boards, according to the aides, who spoke on the condition of anonymity in order to candidly describe their relationship.

During negotiations with banks during the foreclosure crisis, one former Harris aide said she talked or texted with Beau Biden daily — and sometimes more frequently. The aide described a close partnership between not just Beau Biden and Harris themselves, but between the two staffs despite the fact that their offices were located on opposite ends of the country.

For a moment this week, Beau Biden’s memory seemed to suspend the rancor of politics. On Thursday, Harris marked the fourth anniversary of his death by tweeting a photo of herself with Beau Biden, saying “you couldn’t find a person who cared more deeply for his family, the nation he served, and the state of Delaware.”

“Four years after his passing, I still miss him,” she said.

Joe Biden responded on Twitter later in the day, thanking Harris for her “kind remembrance.”

Speaking earlier in the day at Delaware’s Memorial Day service, commemorating those who died in military service, Joe Biden noted the “bittersweet day.”

“You all know the loss of a loved one,” Biden said. “Somehow, the pain fades a little bit, but the moments you remember are bittersweet because those are the days when it comes back, the pride as well as the pain.”

Andrew Miller testified for about two hours after losing a months-long legal battle to have the subpoena thrown out.

Although the Russia investigation is over, the grand jury that worked with Mueller still hears testimony in cases that are tied to the investigation. Mueller’s team handed off several cases, including the one against Stone, to other federal prosecutors.

Prosecutors sought Miller’s testimony as they built a case against Stone, who was charged earlier this year with lying to Congress about his efforts to alert the Trump campaign to WikiLeaks’ plans to release damaging information on Hillary Clinton during the 2016 presidential campaign.

American intelligence agencies have concluded that WikiLeaks got the information from Russian agents.

Stone has pleaded not guilty.

Miller’s attorney, Paul Kamenar, said his client “doesn’t have any knowledge about what Roger Stone knew about WikiLeaks and Julian Assange.”

Prosecutors’ continued push for Miller’s testimony and documents could signal they are not finished investigating Stone, who is scheduled to go on trial in November.

Mueller officially concluded his Russia investigation when he issued his final report in March and has now left the Justice Department. Mueller found no criminal conspiracy between Donald Trump’s presidential campaign and Russia but left open the question of whether Trump acted in ways that were meant to obstruct the investigation.

Miller said he fought the subpoena for nearly a year because he is a “strong libertarian.”

“I believe that you’ve got to push back on our government when they’re trying to demand to travel across the country to sit with them on a whim, miss work and miss your family,” he said outside the courthouse.

On Aug. 21, 2016, two months before the mass release by WikiLeaks, Stone tweeted that “it will soon [be] Podesta’s time in the barrel.” In his testimony before a House Intelligence Committee in September 2017, he testified falsely that he had no advance notice, according to the indictment.
Miller refused the subpoena from the special counsel at the risk of being jailed for contempt, to wage an unsuccessful legal challenge to the validity of Mueller’s appointment in May 2017. He conceded after a U.S. appeals court rejected his argument and returned the matter to the trial court for further proceedings earlier this week. The government notified the judge that the contempt citation against Miller can be discharged.

Mueller formally announced he was stepping down from his post and leaving the Justice Department for private life on May 29.

“Roger has been a mentor of mine. I was a driver. I worked for him for 13 years,” Miller told reporters outside the courthouse on Friday. “He’s like ‘Uncle Roger.’ ”

Kamenar said his client hasn’t had “anything to do” with Stone since before the election.