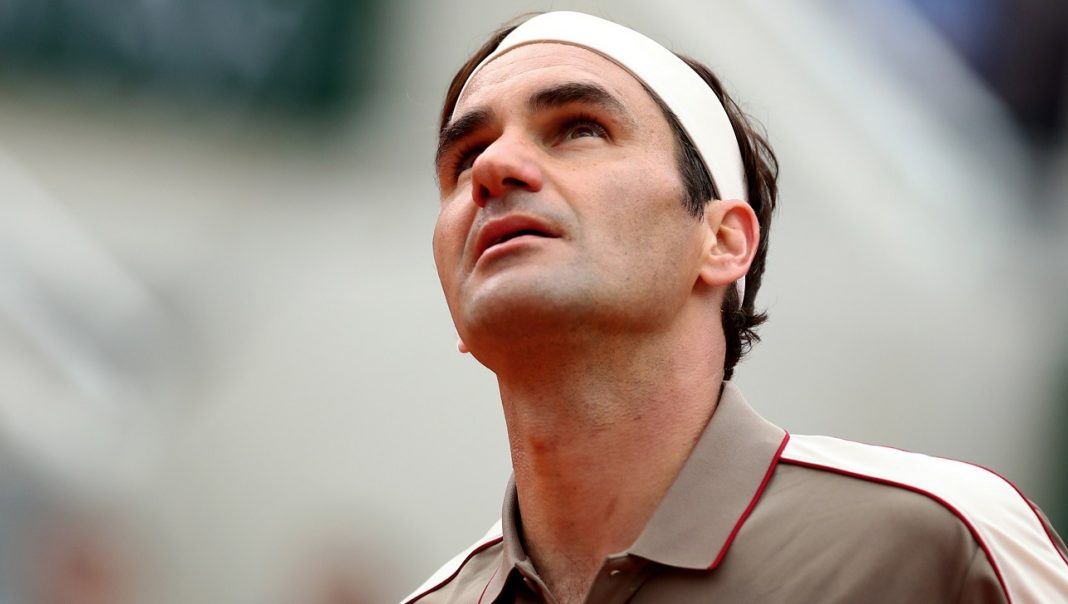 Roger Federer might not be French, but you wouldn’t have known that with the reception he got on his return to the 2019 French Open. Federer’s return to Roland Garros feels a bit like what happens when a wildly popular rock star goes back on tour after years away.

He plays his greatest hits: the no-look, back-to-the-net, over-the-shoulder volley winner; the sliced backhand returns; the aces to erase break points. He elicits “oohs” and “aahs” and raucous applause. His audience includes parents, familiar with his work in his younger days, bringing their kids to the show.

In Federer’s case, one father-child duo had the best seats in the house Friday at Court Suzanne Lenglen. That’s because Christian Ruud, a guy who happened to be in the French Open field himself when Federer made his Grand Slam debut all the way back in 1999, was in the front row, watching his 20-year-old son, Casper, lose to the 37-year-old Federer 6-3, 6-1, 7-6 (8) in the third round in 2019.

“That’s how unbelievable a champion he is, being to play on a high level for 20 years. I’ve been impressed with him my whole life — and I still (am),” said Christian Ruud, who coaches Casper.

Certainly, good enough to reach the fourth round in Paris for the record 14th time, a mark that was equaled a few hours later when Federer’s longtime rival, Rafael Nadal, equaled it with his own victory.

While Federer raced through nine consecutive games in one stretch — “The first two sets went pretty quick,” Casper Ruud acknowledged — and hasn’t dropped a set this week, Nadal was pushed a bit by 27th-seeded David Goffin.

Still, Nadal recovered quickly after ceding a set, the first he’d lost to Goffin in their four matches on clay, before emerging to win 6-1, 6-3, 4-6, 6-3. Pursuing a 12th championship at the French Open, Nadal improved to 89-2 at the clay-court tournament; Friday marked exactly 10 years since his first defeat, against Robin Soderling in the fourth round in 2009 (the only year Federer won the title).

That setback came on a gray, rainy day. This victory was bathed in sunshine, which is far more to Nadal’s liking.

He and Federer are moving closer to a semifinal showdown. First they’ll need to get to the quarterfinals with victories Sunday, when each faces an Argentine opponent: Federer plays 68th-ranked Leonardo Mayer, and Nadal takes on 78th-ranked Juan Ignacio Londero, who is making his major tournament debut.

Another men’s fourth-round matchup was set when No. 7 Kei Nishikori and Benoit Paire advanced.

In the women’s draw, 2018 runner-up Sloane Stephens meets 2016 champion Garbiñe Muguruza in the fourth round, when other matches will include 12th-seeded Anastasija Sevastova against 19-year-old Marketa Vondrousova; and No. 31 Petra Martic — who upset No. 2 Karolina Pliskova — against Kaia Kanepi.

Federer hadn’t entered the French Open since 2015; he was injured the next year, then decided to skip the clay circuit in 2016-17 to focus on preparing for grass and hard courts. The owner of a men’s-record 20 Grand Slam titles and considered the “Greatest of All Time” by many already is popular, of course; his absence apparently made Parisian hearts grow fonder.

His matches have been packed. Practice sessions, too. Just walking across the grounds Friday was an adventure as a line of fans five people deep waved hats and tennis balls and other items at Federer in hopes of an autograph, while others filmed the scene with their camera phones.

And, yes, he is enjoying the nostalgia as much as they are.

“I feel that my 20 years on the tour went too fast, almost,” he said Friday.

But he also means business.

That’s why, as reporters asked questions about becoming the first man to appear in 400 Grand Slam matches (his record is 345-55, an .863 winning percentage) or what he predicts for Casper Ruud, Federer peeked to his right at a screen showing the scores of matches in progress. He was keeping tabs on Mayer’s third-round match.

There was no way he could know how this comeback of sorts would go, whether he’d still be able to hit all the notes required for success on red clay.

“He has all the shots in the book,” Casper Ruud said, “so it’s tough to know what kind of shot he will hit.”

On Friday, Federer had nearly twice as many winners, 52-28. Won 21 of 27 points when he went to the net. Saved 4 of 5 break points. And, most important to him, came through when things momentarily got tight in the tiebreaker, saving one set point with a serve-and-volley winner and converting his fourth match point with an overhead.

“A few months ago I didn’t know what to expect with anything, really,” Federer said. “At this point, now I know where my level’s at. I still don’t know exactly where my absolute best is, but I feel like it could be there. Maybe not. I’m happy to find out, either way.”