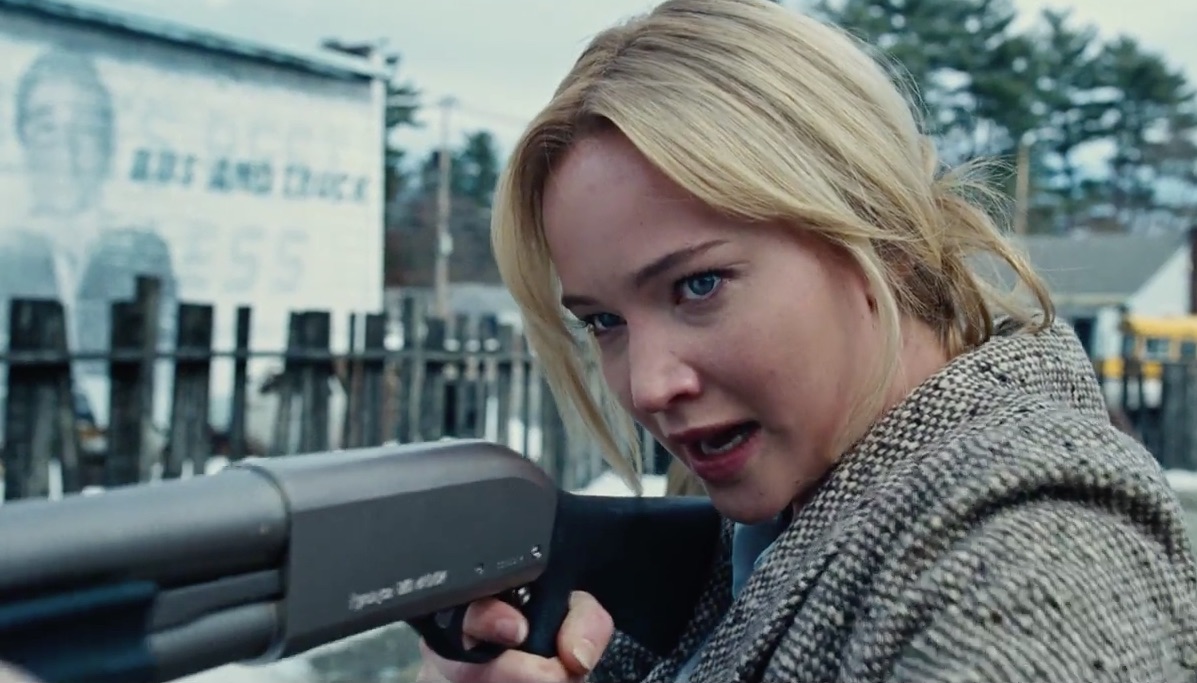 Not afraid to be outspoken actress, Jennifer Lawrence, is not in agreement with President Donald Trump on his statement that movies are to blame for the mass shootings in America. “I think the problems is guns, not [the] entertainment industry,” she told InStyle at the New York premiere of her new film Red Sparrow.

“At some point, there has to be a separation between politics and the entertainment industry, or we’re going to suffer,” Lawrence explained in the video below. “It’s an art, and it’s an art to entertain. And as an industry, we will suffer, and people need to take that responsibility upon themselves [and not just blame Hollywood]. The same kind of violence is in different parts of the country that don’t have as many problems as we do.”

Lawrence’s comments were in response to Trump’s recent statements to lawmakers, in which he implied that violent video games and movies play a major role in school shootings.

“I’m hearing more and more people say the level of violence in video games is really shaping young people’s thoughts,” Trump told Florida Attorney General Pam Bondi last Thursday. “And then you go the further step, and that’s the movies. You see these movies, and they’re so violent, and yet a kid is able to see the movie if sex isn’t involved, but killing is involved, and maybe they have to put a rating system for that.”

“The fact is that you are having movies come out that are so violent, with the killing and everything else, that maybe that’s another thing we’re going to have to discuss,” Trump added.

Lawrence also praised the teen survivors of the deadly shooting at Marjory Stoneman Douglas High School in Parkland, Florida for confronting politicians and trying to influence change regarding gun-reform laws during her InStyle interview. 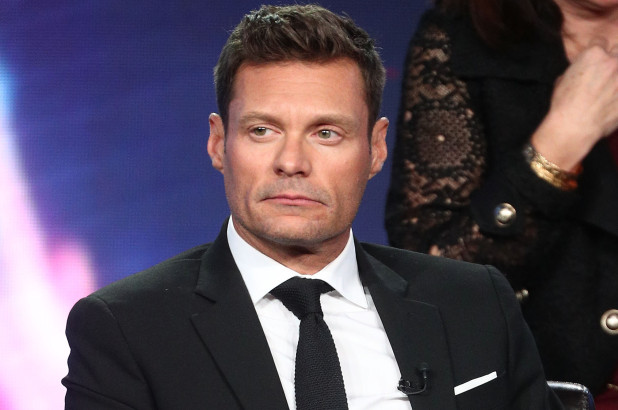 Ryan Seacrest is firing back against Suzie Hardy and Variety for publishing an article detailing Hardy’s sexual harassment accusations against him.

“Sadly, last fall I became one of the accused, which I promptly revealed proactively to the network involved and to the public. And to be equally clear, those accusations were then investigated by an independent third-party over the course of a two-month process and involved dozens of interviews that included me, the accuser and countless others. Ultimately, my name was cleared,” Seacrest said in a lengthy statement his publicist sent to Page Six on Tuesday.

“Yesterday, Variety published a salacious story that revealed the specific claims against me for the first time – even though an independent third-party investigator found insufficient evidence to support the claims. Much to my dismay, Variety didn’t speak with me or bother to speak with other credible witnesses or even ask for any of the evidence that was obtained during the investigation when offered, all of which clearly challenged the veracity of the claims made against me.”

Hardy claimed she endured abuse for years working as Seacrest’s stylist at the E! network. She told Variety Seacrest hugged her more than 10 times while only wearing underwear. She also claims he would push her head into his crotch while she tied he shoes.

Seacrest’s statement can be read in full below.

Much has been said about the #MeToo and Time’s Up movement(s) and the importance of providing women and men with the opportunity to share their stories of workplace misconduct, in an effort to change our culture and the systemic inequalities that exist. I absolutely support this cause unequivocally and applaud all the brave souls who have come forward to share their stories.

Sadly, last fall I became one of the accused, which I promptly revealed proactively to the network involved and to the public. And to be equally clear, those accusations were then investigated by an independent third-party over the course of a two-month process and involved dozens of interviews that included me, the accuser and countless others. Ultimately, my name was cleared. I eagerly participated in the investigation in order to demonstrate my innocence because I know my truth, and I believe in due process.

Yesterday, Variety published a salacious story that revealed the specific claims against me for the first time – even though an independent third-party investigator found insufficient evidence to support the claims. Much to my dismay, Variety didn’t speak with me or bother to speak with other credible witnesses or even ask for any of the evidence that was obtained during the investigation when offered, all of which clearly challenged the veracity of the claims made against me.

This person who has accused me of horrible things tried to buy her silence by asking for money on multiple occasions — I refused. I have worked extremely hard to achieve my success, and I don’t take my opportunities for granted. I don’t want to accuse anyone of not telling the truth, but in this case, I have no choice but to again deny the claims against me, remind people that I was recused of any wrongdoing, and put the matter to rest.

Ivanka Trump expects to be treated seriously as a senior White House adviser. But when faced with uncomfortable questions about her father’s treatment of women, she’d prefer to be viewed as just a daughter.

President Donald Trump’s elder daughter drew fresh scrutiny Monday for an NBC interview in which she argued that a query to her about the women accusing the president of inappropriate behavior was “pretty inappropriate.”

The comment highlighted her complicated roles as both first daughter and advocate for women and families, serving in an administration led by a president accused of inappropriate behavior by more than a dozen women.

Asked if she believed the accusations against her father, Ivanka Trump said: “I think it’s a pretty inappropriate question to ask a daughter if she believes the accusers of her father when he’s affirmatively stated that there’s no truth to it. I don’t think that’s a question you would ask many other daughters.”

Trump has denied the allegations, and his daughter said she stood by him.

She was interviewed after leading the U.S. delegation at the closing ceremony for the Winter Olympics,

Katherine Jellison, who heads the history department at Ohio University, said Ivanka Trump appeared to be trying to have it both ways.

“You’re either a senior adviser or a daughter. She’s in this unique position that she’s still trying to work out,” said Jellison, an expert on first families. “Especially since she was last in the news as a senior adviser going to the Olympics.”

Ivanka Trump’s trip to Asia included a private meeting with the South Korean president and a pledge that she would use her visit to advocate maximum pressure on North Korea to halt its nuclear program. Trump documented her journey on social media, posting photos and messages to athletes.

Before she left Asia, Trump wrote: “Thank you to President Moon, First Lady Kim & the people of South Korea for the warm hospitality you showed me, our Presidential Delegation & #TeamUSA during the #WinterOlympics.”

Trump worked on the president’s tax overhaul last year and successfully pressed for a beefed-up child tax credit. She has also promoted issues such as STEM education and workforce development.

But she has struggled to find the right tone to respond to the rising #MeToo moment. She recently got pushback for a tweet offering support for Oprah Winfrey’s message of female empowerment at the Golden Globe awards.

Actress Alyssa Milano and others quickly chimed in, pointing out that the tweet didn’t mention her father’s accusers. Milano responded to Ivanka Trump’s tweet: “Great! You can make a lofty donation to the Time’s Up Legal Defense Fund that is available to support your father’s accusers.”

Ivanka Trump is not the first presidential family member who has sought to play down personal questions. Jellison recalled that former first lady Barbara Bush once pushed back on a question about her granddaughters after they received citations for underage drinking.

Jellison said the situation with Ivanka Trump was different, adding, “she did choose to play this senior advisory role.” 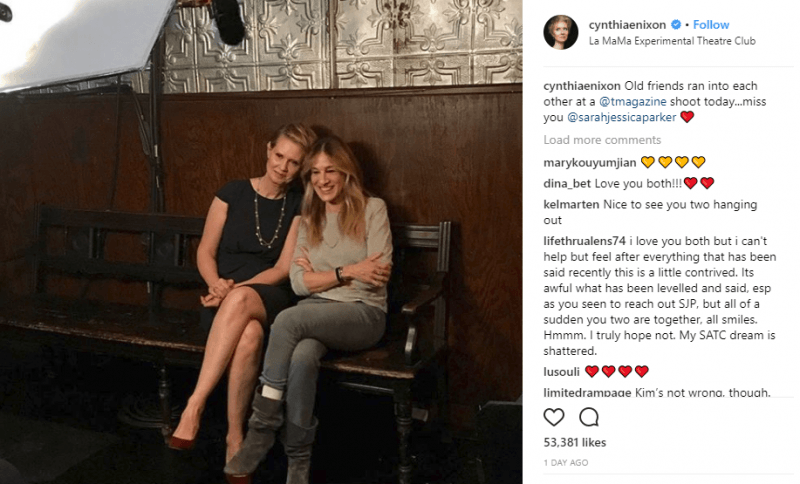 Cynthia Nixon showed her allegiance to Sarah Jessica Parker by posting a picture of the two actresses together on Monday.

“Old friends ran into each other at a @tmagazine shoot today…miss you @sarahjessicaparker,” Nixon wrote of a behind-the-scenes photo of the ladies sitting for the camera with huge smiles on their faces.

Nixon, who played Miranda on “Sex and the City,” is the latest star of the iconic HBO series to show support for Parker in the wake of co-star Kim Cattrall‘s vicious comments.

“You are not my family. You are not my friend,” Cattrall wrote to Parker on Instagram earlier this month after Parker publicly expressed condolences for the passing of Cattrall’s brother. “So I’m writing to tell you one last time to stop exploiting our tragedy in order to restore your ‘nice girl’ persona.”

“I would have to say that Sarah was always just so lovely and such a consummate professional,” Lewis said during a KTLA interview last week. “I think that people should remember their graciousness and the things that have been given to them.”

The fourth member of the squad — Kristin Davis, who played Charlotte — has yet to weigh in. 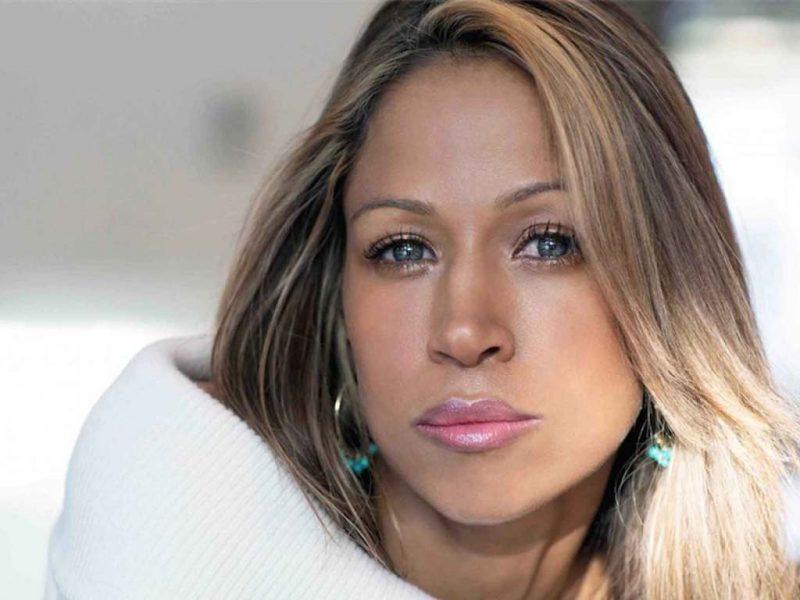 Stacey Dash, the actress turned conservative political commentator, has filed paperwork to run for a congressional seat in Southern California.

Documents submitted Monday to the Federal Election Commission show the “Clueless” star intends to run as a Republican in California’s 44th District, a seat held by Democrat Nanette Barragan.

Registered Democrats outnumber Republicans by a wide margin in the Los Angeles-area district that contains the areas of Compton, Watts, San Pedro and North Long Beach.

A representative for the 51-year-old Dash didn’t immediately respond to a request for comment. Dash hinted on social media this month that she was considering a run, even posting a “Dash to DC” logo.

Dash co-starred in the 1995 coming-of-age comedy film “Clueless.” She worked as an on-air contributor at Fox News until 2016. 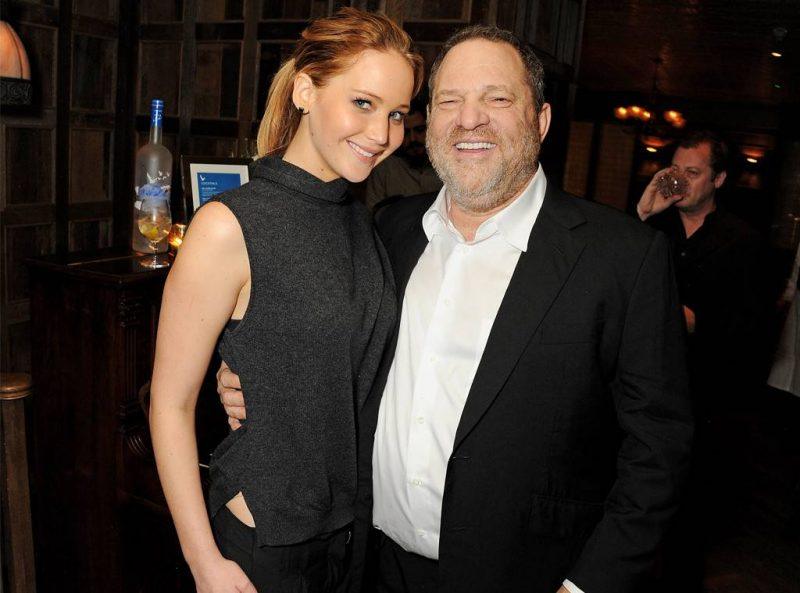 The “Red Sparrow” star took aim at the disgraced Hollywood mogul after he named-dropped her and Meryl Streep as examples of women he hadn’t harassed, while defending his sexual misconduct lawsuit. Weinstein has since apologized for using their names.

“He is just that horrible a– boil that does not go away,” the 27-year-old star said Monday evening after having a shot of Cuban rum on Stephen Colbert ’s CBS talk show.

“You pop the ass boil. He’s just the worst. Just when is it going to end?” she asked, exasperated.

“In the middle of the night in London I had to come up with a statement,” Lawrence said. “And I’m like, ‘It’s still not over? His awfulness is still happening?’”

Colbert said it was unfortunate that Weinstein “dragged” her “into his pile of s—t.” But Lawrence said she was used to it: “Everybody does, but I’m very lucky and happy!” she laughed.

Lawrence also discussed her plan to take a year off to work with an anti-corruption organization as part of “Represent Us,” trying to get teens and kids involved in politics.

She said her decision to take time off had nothing to do with Weinstein.