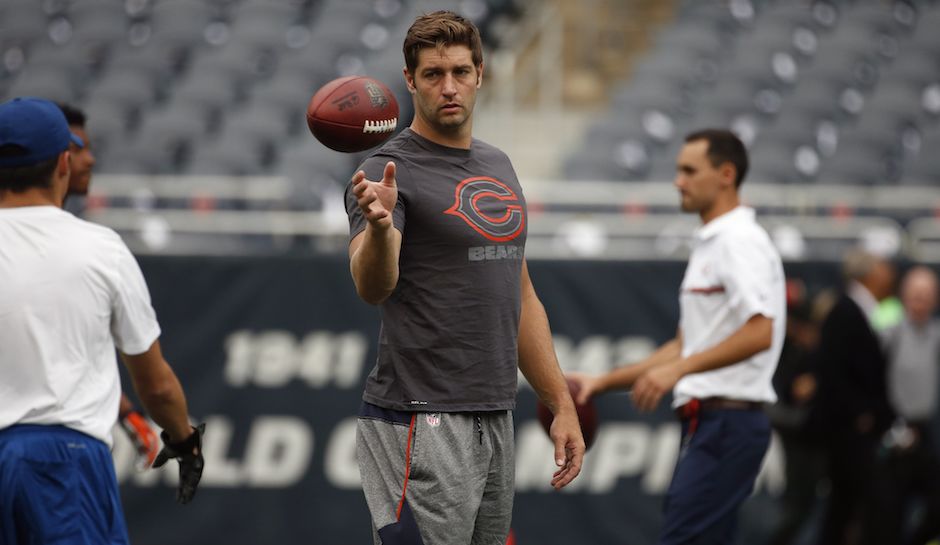 Jay Cutler didn’t play the best football of his career with the Chicago Bears, but in the NFL, there’s almost always a team desperate enough to pick up a big-name quarterback (unless your name is Colin Kaepernick).

But not this time. Cutler will be working for FOX next season as an NFL analyst after his prospects dried up, or at least didn’t pan out the way he might have hoped.

“As far as I know, he wants to play football and would play if the right offer came along,” said Cook. “You’d have to talk to Jay about that. Any football player would be smart to explore his options in case he doesn’t play anymore. But Jay is as talented as any quarterback out there right now.”

Unfortunately, only the Houston Texans and New York Jets were showing any interest, and even Cutler didn’t want to go to either of those teams. And with Fox looking for a replacement for San Francisco 49ers general manager John Lynch, the timing was perfect.

“Words can’t express how grateful I am to everyone who helped me along my journey,” said Cutler. “I started playing tackle football at the age of 10 and was so lucky to have supportive parents and great coaches along the way that made my path possible. If I listed each person individually, this would quickly turn into an essay, but you know who you are, and I wouldn’t be in this situation without you. So thank you.”

Cutler hasn’t always been the most charismatic, but he’s had his moments in the past. He showed some of his capabilities later in his retirement speech, getting somewhat philosophical in the process.

“I recently read a quote that struck a chord with me at the time. It was attributed to Henry Rollins, but with the Internet these days, you can never be too sure: ‘I did that, I gave everything I had to give to that. Now, if I returned to that it would be repetition—it might be fun repetition, but it wouldn’t be meaningful repetition.’ Thank you to everyone along the way. You made my dream come true.”

Cutler also mentioned that while he will miss football, this move is “permanent.” He’ll join former Dallas Cowboys quarterback Tony Romo as the second prominent player this offseason to jump ship into broadcasting.

In a statement, Bears chairman George McCaskey praised Cutler for his commitment to the franchise (which was constantly questioned during his years there) and expressed his excitement for football fans to meet the real Jay Cutler.

In response, Cutler expressed his love for the team that cut him earlier this offseason. Now that he’s retiring, there are no hard feelings.

“I grew up a Bears fan, and I still have a lot of my Bears stuff,” said Cutler. “I was a Bears fan as a kid; I was a Bears fan growing up. It’s not like I’m not going to be a Bears fan just because they released me and I’m not playing anymore. I’m happy to go back to being a Bears fan with all the loyal Chicago fans because that’s kind of where I started.”

After eight years in Chicago, Cutler holds virtually every franchise passing record and has a great amount of knowledge on the NFC. That experience should certainly come in handy as Cutler gets into his new role.

Let’s just hope he’s a better as a commentator than as a quarterback. 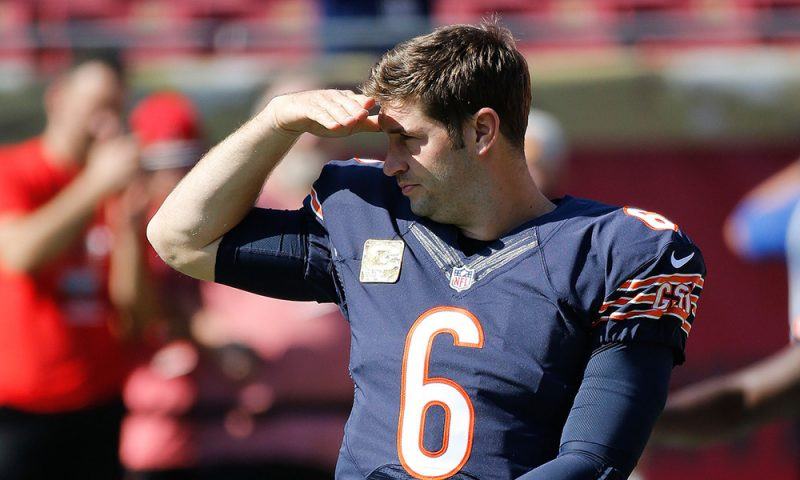 On a high note for him, at least he knows that naked pictures of him will make Cutler go viral on Instagram. His wife, reality star Kristin Cavallari decided to take a picture of him naked and share it. Like John Legend, when his wife did it, the former NFL star didn’t seem fazed. You can check out he image here since Google will also the most horrific violent images, but when it comes to a man’s rear end, they freak out.

During an interview with WMVP-AM’s “The Waddle and Silvy Show” in Chicago, Cutler explained that he was at a beach in Mexico, where a lot of the people were already nude, so he decided to get nude.

“I was out there early in the morning, and she took it,” Cutler explained, via the Chicago Sun-Times. “That was kind of a surprise.”

“She always asks if she can put me on the World Wide Web. So she did ask me if she could do it, and I was like, ‘Yeah, whatever,'” Cutler said.

That wound up getting over 80K likes on Instagram, but you can be sure the more conservative FOX network will be asking him to keep his clothes on now.