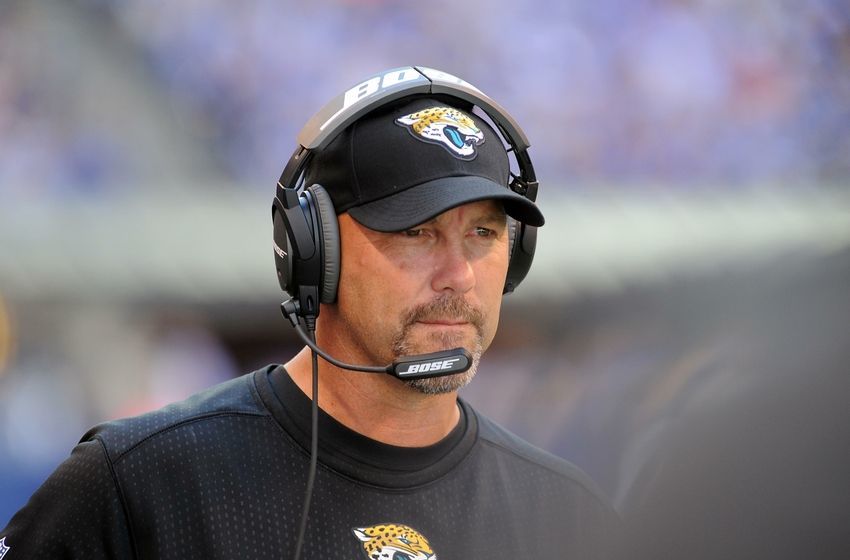 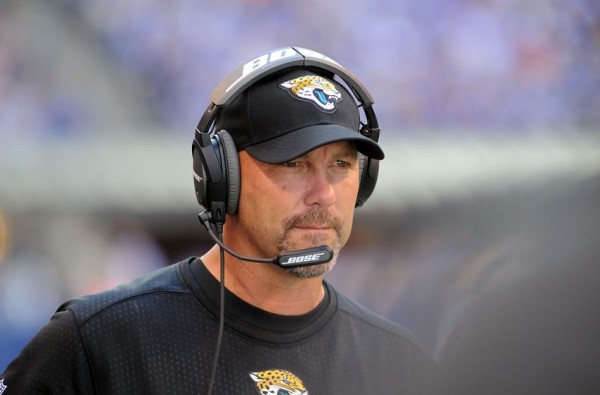 It looks like Jacksonville Jaguars head coach Gus Bradley is finally coming to the realization that the rest of the NFL came to years ago: the Jags suck.

It’s been that way for a while now. That’s just what we’ve come to expect from Jacksonville.

The Jags dropped to 1-4 Sunday with a 38-31 loss to the Tampa Bay Buccaneers.

“If you ask everybody coming into this game, everybody felt ready but maybe there is a difference between feeling ready and being prepared. And we weren’t prepared as well as we needed to be. Everybody can take responsibility for that.”

Sure, but at the end of the day it’ll be your job that’s lost because no one is fully prepared, Mr. Bradley. If you said something like that after losing to the New England Patriots no one would have really blamed you, but the Bucs aren’t exactly top of the food chain (except maybe in Florida).

And really, the loss to the Bucs is forgivable. The Jags got down early, but they were able to fight their way back with 18-straight second half points to make it interesting. I guess a number of frustrating losses so quick in the season will get to you.

“That wasn’t our best. That wasn’t acceptable. We have to dig deep and find out what the issues are and clean them up as soon as possible. I’m hoping this setback—it shocks us to get things right. I’m hoping that.”

Well, Gus, if you can actually figure out what’s been plaguing the Jags since David Garrard and Fred Taylor led the team to the Divisional Round of the playoffs back in 2007, then you have my vote for Coach of the Year.

“You’ll say, ‘Hey, Gus, you said this was built.’ It is built. We have enough good players in that locker room to do better than what we’re doing. That’s a fact.”

Well, Gus, that sounds like a coaching issue to me if that’s the case. But at least you can hang your hat on not being the Miami Dolphins. And, with how poorly the rest of the AFC South is doing, you’re technically not out of the race yet.

If the Jags are as good as Bradley claims, they should have no issue snagging win No. 2 this coming Sunday at home against the Houston Texans.