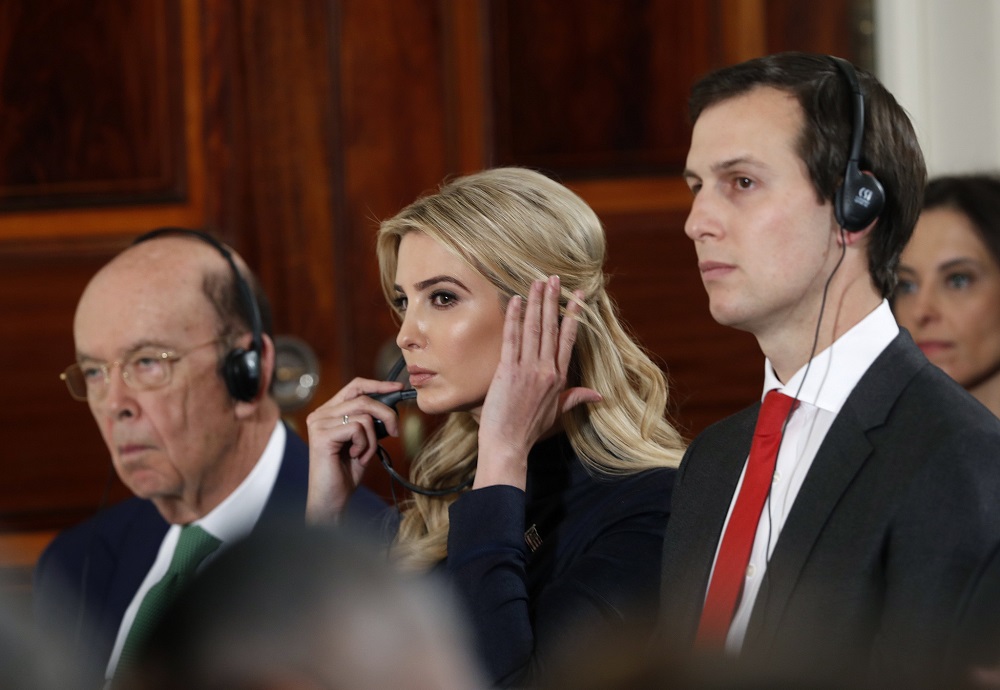 Donald Trump seems to be turning the White House into the House of Romanov as he continues giving more Administrative power to both his daughter Ivanka and her husband Jared Kushner.

Ivanka Trump, the elder daughter of President Trump, is becoming an official government employee, joining her husband in serving as an unpaid adviser to her father in the White House.

Ms. Trump already has an office in the West Wing, and she said last week that she would serve as an informal adviser to her father. But that plan prompted criticism from ethics experts, who said it would allow her to avoid some rules and disclosures.

“I have heard the concerns some have with my advising the president in my personal capacity while voluntarily complying with all ethics rules, and I will instead serve as an unpaid employee in the White House office, subject to all of the same rules as other federal employees,” Ms. Trump said in a statement on Wednesday.

“Throughout this process I have been working closely and in good faith with the White House counsel and my personal counsel to address the unprecedented nature of my role,” she said.

Ms. Trump’s title will be assistant to the president. Her husband, Jared Kushner, has the title of senior adviser.

“We are pleased that Ivanka Trump has chosen to take this step in her unprecedented role as first daughter and in support of the president,” a spokeswoman for the president said in an email. “Ivanka’s service as an unpaid employee furthers our commitment to ethics, transparency, and compliance and affords her increased opportunities to lead initiatives driving real policy benefits for the American public that would not have been available to her previously.”

Ms. Trump’s lawyer, Jamie S. Gorelick, said that her decision stemmed from “her commitment to compliance with federal ethics standards and her openness to opposing points of view.”

“She will file the financial disclosure forms required of federal employees and be bound by the same ethics rules that she had planned to comply with voluntarily,” Ms. Gorelick said.