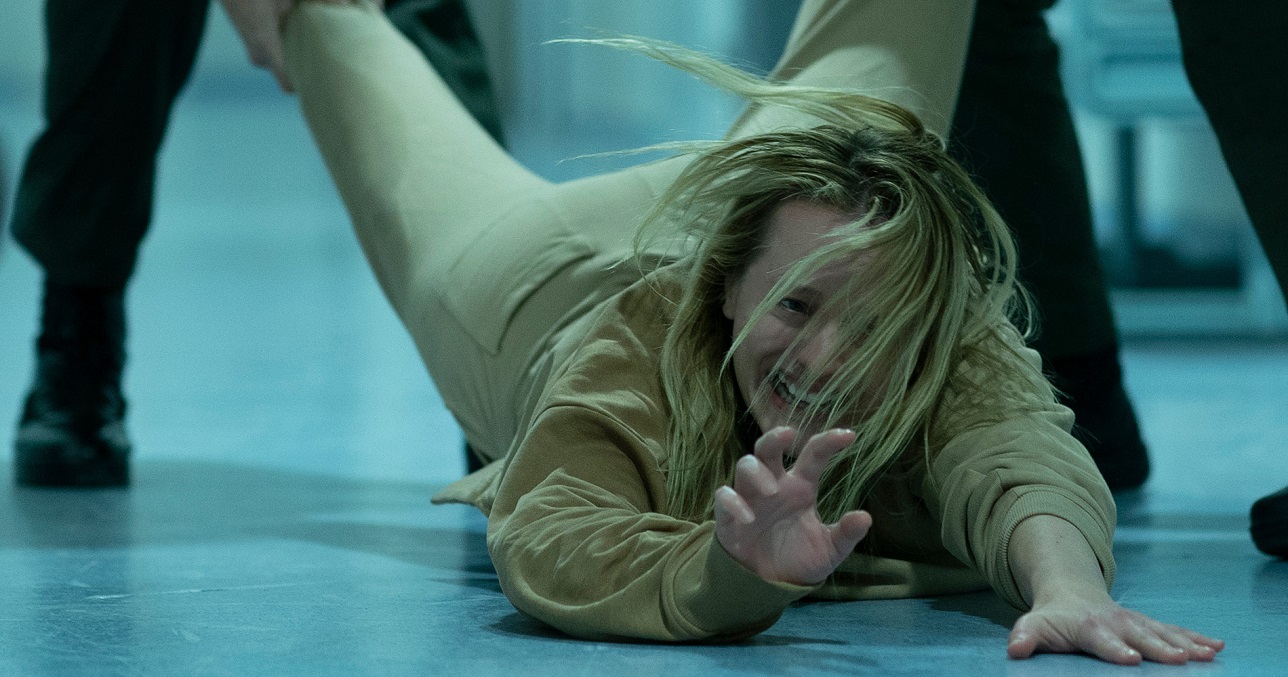 The coronavirus didn’t keep movie geeks from the theaters this weekend as ticket sales were up about 3.5% with “The Invisible Man” knocking “Sonic the Hedgehog” into second place.

It appears that Universal Pictures learned from their 2017 “The Mummy” mistake. Rather than having a reboot cost of $350 (“The Mummy”), Jason Blum’s Blumhouse produced the horror film for $7 million (not counting marketing and distribution costs which average about $25 million). While “The Invisible Man” had similar numbers with “The Mummy,” that budget cut made all the difference for the bottom line.

“You don’t need to spend a lot on a really good horror movie,” said Paul Dergarabedian, a senior media analyst with Comscore. “‘The Invisible Man’ proves that. It’s really about that core story and how it resonates with audiences. That’s been always the best thing about horror.”

The age of streaming has led studios to just two forms of movies. The ones that cost hundreds of millions (“Avengers: Endgame,” “Star Wars: The Rise of Skywalker”) or those with a microbudget such as “Get Out.” The middle budget films are far and few between, but Hollywood will learn the hard way that over the top budget films don’t always work so well.

Director Leigh Whannell said the smaller budget worked in favor of the film’s realism. He credits Blumhouse, which has become synonymous with affordable horror hits, for knowing “how to milk every dollar out of the budget you have.”

“A lot of times when you see movies with huge budgets, the CG really calls attention to itself,” Whannell told Movie TV Tech Geeks. “You’re so aware that you’re watching something that was created in a computer. What I’m trying to do is something completely different.”

The Elisabeth Moss-led thriller “The Invisible Man” rode a wave of good reviews to a very visible spot atop the box office this weekend. Universal Pictures on Sunday estimated that the film from writer-director Leigh Whannell earned $29 million from North American theaters. Internationally, the Blumhouse production picked up an additional $20.2 million.

Whannell helped dust off the classic H.G. Wells story and update it for modern audiences by focusing on Moss’ victim character instead of the Invisible Man character, who here is an abusive ex-boyfriend.

Universal could be a lesson to many studios of course correcting before it’s too late. Horror used to be an easy money-maker for studios, but lately, audiences have been more choosy. “Black Christmas” (Universal-Blumhouse). “Doctor Sleep” (Warner Bros.), and “The Turning” (Universal-Amblin) felt the brunt.

There was a lot riding on “The Invisible Man” as Universal was trying to prove to corporate owner, Comcast, that digging into its classic monsters vault would be a worthy investment. Elizabeth Banks is already at work on an “Invisible Woman” film while Universal has dusted off Dracula, Frankenstein, Bride of Frankenstein, Wolf Man, and Creature From the Black Lagoon among others.

“The Invisible Man” carried a relatively modest budget, costing under $10 million to produce, and exceeded expectations by a few million dollars. The film, which had been well-received by critics, drew diverse audiences to the theaters (46% Caucasian, 20% African American and 18% Hispanic), according to exit polls.

“We couldn’t be more pleased,” said Jim Orr, Universal’s president of domestic distribution. “(Whannell) brought this century-old character to life in a very clever and relevant way.”The studio expects it to continue to play well into March, although it will have some extra competition when “A Quiet Place Part II” opens on March 20.

Paramount Pictures’ “Sonic the Hedgehog” slid to second place in its third weekend in theaters adding $16 million and bringing its domestic total to $128.3 million. “The Call of the Wild,” with Harrison Ford, placed third in its second weekend with $13.2 million.

Fourth place went to the anime superhero film “My Hero Academia: Heroes Rising” which opened to $6.3 million from just 1,260 screens.

“We should never underestimate films like this that may not have broad recognition among the general public,” said Comscore’s senior media analyst Paul Dergarabedian.

“Bad Boys for Life” rounded out the top five with $4.3 million in its seventh weekend. The Will Smith and Martin Lawrence pic is just shy of reaching the $200 million mark in North America and has earned over $400 million globally.

In limited release, “Wendy,” Benh Zeitlin’s long-awaited follow-up to his Oscar-nominated film “Beasts of the Southern Wild,” got off to a bumpy start with just $30,000 from four theaters. The Peter Pan-inspired film has garnered mixed reviews from critics and will be expanding in the coming weeks.

Although it’s still early in the year, overall the box office is up nearly 3.5%.

“This weekend it was business as usual in North American theaters,” Dergarabedian said. “People went to the movies to escape the trials and tribulations of the real world.”