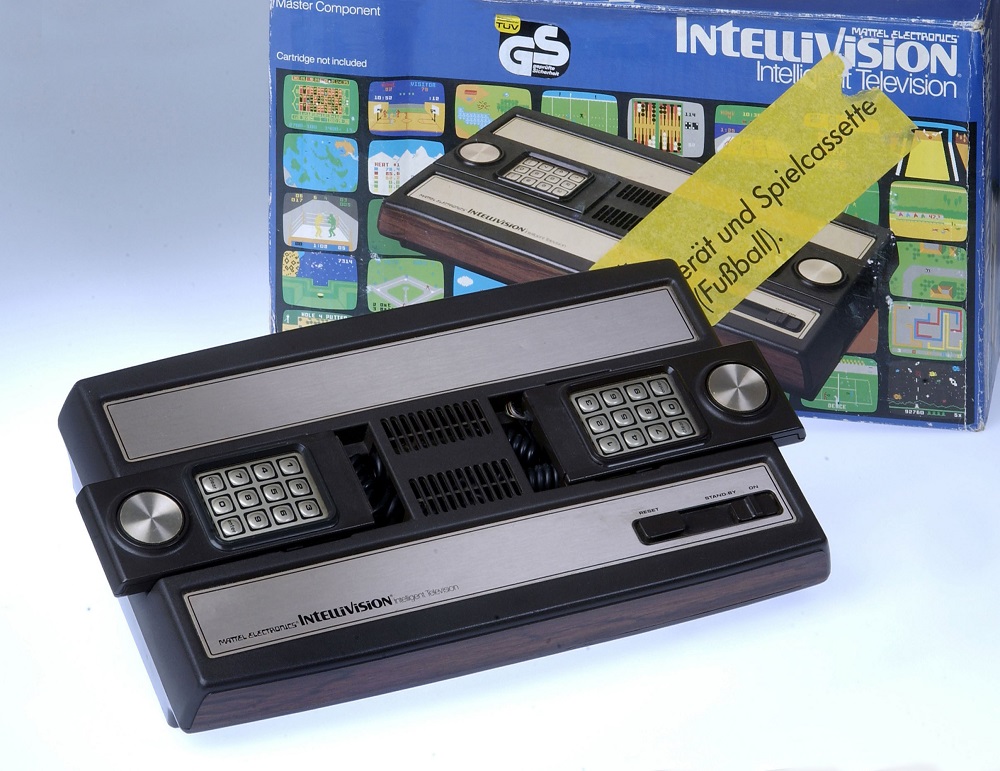 While remaining clueless on what the upcoming Atari VCS has to offer, another old console is about to re-enter the retro gaming market—the Intellivision, formerly from Mattel Electronics. There seems to be no end in sight for the retro-video game market as nostalgia continues to play a big part in the consumption of entertainment.

It’s like hearing the cool soothing voice of Karen Carpenter amidst all the musical noise of the early 80s. The return to simple, out-of-the-box gameplay is the key to the success of the NES and SNES Classic Editions and the old Atari Flashback joysticks that plug directly into the TV. It’s a welcome departure even to some hardcore gamers that deal with the complicated concepts of gaming today.

Playing on the success of the SNES and NES Classic Editions (which will soon be available again), old names are coming out of the woodwork, among them is Intellivision. Now I have never played nor seen the Intellivision console, but its numeric keypad controller gives me fond memories of my first video game console, the Colecovision, which I wouldn’t be surprised if it made a comeback itself.

It once did with its own Flashback gamepad-sized console that had six games (which I regret not having purchased). Since my memories as a kid is somewhat hazy, I tried to remember whether I had the Colecovision or the Intellivision until I found the box art for the Coleco through Google Images. Like the Intellivision, the Colecovision’s controller was difficult to work with as some games required the use of the numeric keypad, its overlays and having to read the game’s manual. It was truly a satisfying experience once you get the hang of it.

Anyway, the Intellivision has a good loyal following in the US, and it’s the market that the new president of Intellivision Entertainment is banking on apart from the growing community of retro-gamers and video game collectors. There’s also the holiday shoppers of cheaper gaming consoles that Nintendo should have catered to with the initial release of the NES Classic Edition. I, however, understand Nintendo’s underestimation of the market as they really meant for the retro-console to be more of a novelty, to celebrate the thirty years of the NES.

What would be fun for these new old consoles is if they can license new games and give them a retro feel? Interested in a pixelated God of War, Overwatch, and Fallout? Or they can correct the failings of older games such as the infamous E.T. and the Atari Pac-Man? Some homebrew developers have apparently done so. Another thing these guys could do is to enhance older games for online play. Imagine playing Combat with another forty-something from another state.

Another player planning on entering the retro market is Sony amidst news that they’ll soon be retiring the PlayStation 4. Sony seems to be planning to release a PlayStation Classic. Should they do so, it’s another console I would like to snap up should its library be desirable enough. There’s no reason why Sony cannot enter the market with their own retro console as a way to sell inexpensive hardware and simpler games that kids and adults can enjoy. Another Sony rumor is that they intend to take a page from Nintendo’s playbook by making their upcoming PlayStation 5 as portable as the Nintendo Switch.

PS chief Kodera: PS4 is entering final phase of its life cycle, which would have negative impact to the unit, but recurring revenue via membership services etc should cushion some of that.

Even though I grew up playing some Atari and Colecovision, I tried my hand in emulating them for a while. Playing another round of Combat, Space Invaders, and CatTrax is okay, but I don’t envision myself playing them that often. A PlayStation Classic on the other hand…