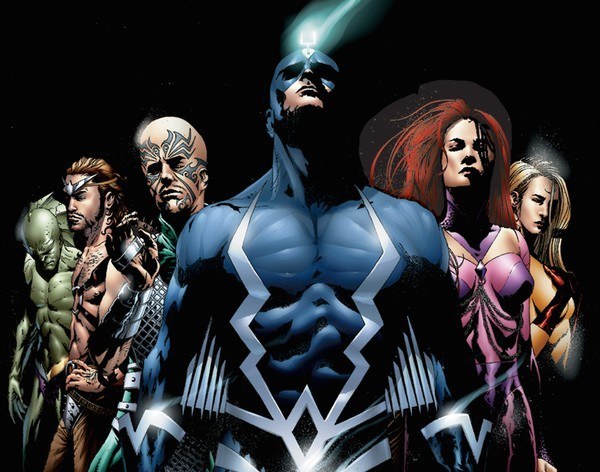 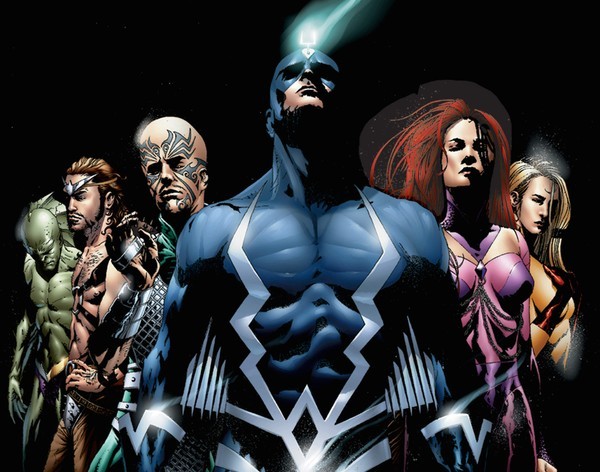 Whatever happened to “It’s all connected?”

It may be too early to speculate as the Inhumans movie, featuring the Inhuman Royal Family won’t be out until 2019. There’s buzz however that the TV show, Agents of SHIELD won’t be crossing over with the movie. But weren’t we all led to believe that Agents of SHIELD, Netflix Daredevil, Netflix Jessica Jones and the Marvel Studio films all occur in the same universe we all refer to as the MCU? So how come, the TV show which is currently dealing with Inhumans won’t have much to do or anything at all to do with the Inhumans feature film? AOS star Clark Gregg sure hopes otherwise.

“The Inhumans movie I suspect will be its own cinematic version. That writer and director will have free reign to do what they want to do with the Inhumans. But hopefully, there’ll be some way that our Inhumans connect to that. It’d be too bad if that was wasted.”

Clark Gregg otherwise known as Agent Phil Coulson and current director of SHIELD, we all know was a mainstay of Phase 1 until his tragic demise in the Avengers film. He practically put the Avengers together along with Nick Fury. Agent Phil has also made his presence in the comics as well as some of Disney’s animated Marvel series, so he’s pretty much a Marvel mainstay. It would be a real shame if Marvel Studios doesn’t take the opportunity to bring Phil Coulson in to deal with the Inhuman Royal Family. Not just Agent Phil but Daisy Johnson as well, played by Chloe Bennet.

Daisy Johnson is the main Inhuman character of the Agents of SHIELD series, and it would be a great disservice to fans if she doesn’t make an appearance in a movie about Inhumans. In fact, we can forget Phil, but Daisy and some of the Inhuman cast need to make an appearance on the Inhumans film as Agents of SHIELD seasons 2 and 3 have been building up the mythology of both the Inhumans and HYDRA. Everyone else except for Daisy could do non-speaking cameos. If the mostly-absent Spider-Man could make an appearance in Captain America: Civil War, then Daisy deserves to appear in equal capacity to Spider-Man.

We can thank Film, TV and studio dynamics for the possibility of Daisy Johnson and Phil Coulson’s non-appearance in future Marvel films. Also, there is a current conflict or disagreement between Marvel Studios’ Kevin Feige, whom we owe so much to, and Marvel CEO Ike Perlmutter who currently holds the reins when it comes to television productions. Currently, Kevin reports directly to Disney while Marvel TV is on its own. Because everything is supposed to be ‘connected,’ all of Marvel TV’s shows will still take place on the MCU, but cameos from the main movie actors will, unfortunately, be far-fetched. The shows though, can still do the occasional name drop or event drop in reference to previously shown movies to give fans mini-nerdgasms. The same can’t be said of the movies.

Fans were treated to an appearance by Nick Fury at the end of Agents of SHIELD Season 1, but that’s about it. It was also implied in an episode of Season 2 that Director Phil called for the mobilization of the Avengers to retrieve Loki’s scepter, but there’s no indication of that in Avengers: Age of Ultron nor did the main heroes even say who sent them to Sokovia. The only reference we had in the movie that Phil was involved was Nick saying that the old helicarrier was kept warm by ‘an old friend.’

Now, the problem with Age of Ultron was that there was so much going on. Many fans were asking if the Avengers were aware that Phil has been revived. And what the heck was that scene in the cave? There was a lot going on in AOU and at the same time, some elements seemed missing. It’s basically the same problem that happened with Sam Raimi’s Spiderman 3 and Iron Man 3. For people who haven’t watched all of Marvel Studio’s films, Age of Ultron was a lot to take in. It’s also a lot to take in for people who aren’t into comics. The same can happen to future Marvel Studios movies if they crossover with the TV shows, even a little.

Casual movie patrons who haven’t watched AOS, Jessica Jones, and Daredevil would end up scratching their heads should JJ and DD appear n Captain America: Civil War and if the Advanced Threat Containment Unit (ATCU) program is mentioned in the film without explanation. They might even call the paramedics if they see a hardcore fan exhibit seizure-like symptoms in the theater if whoever this Agent Bobbi Morse appears and says hi to Hawkeye. Keeping a large TV and movie universe is a huge undertaking, and as far as I know, it’s only being done for now by Marvel. It would take careful management keeping things connected and having fans and non-fans relate to everything. The easiest way to do that is to keep TV out of the movies but refer to some of the movies on TV. Then again, even in the comics, it’s a big universe and each hero has his own big adventure happening at the same time. It all happens in the same universe; their respective adventures just have nothing to do with each other.

However, for a film like the Inhumans, ignoring everything that’s happened in Agents of SHIELD would be difficult to justify since AOS has been laying the groundwork for two seasons now. Not acknowledging AOS in the Inhumans film would be a big blow to the whole “it’s connected” thing. In fact, it’s still a bit difficult for many fans to accept that the Avengers aren’t aware of Phil’s revival until now and that Phil’s been running SHIELD or what’s left of it. Well, SHIELD is a lot of things, and as far as we know, Nick could still be running part of it without ‘Director’ Coulson’s knowledge. Also, a lot of AOS fans would wish for Daisy Johnson’s appearance in the Inhumans film, but it’s said that it’s easier for movie actors to cross over into TV than TV actors crossing over to film. But I guess it’s safe to say that Ms. Chloe Bennet has the chops and could handle a few scenes in the movie and that Clark Gregg can easily make a comeback. How will the world handle diplomacy with the Inhuman Royal Family? That’s SHIELD’s role to play, and Coulson is the director. For the Inhumans movie to work, Kevin and Ike need to get connected again, for the sake of the Marvel Cinematic Universe and its fans.