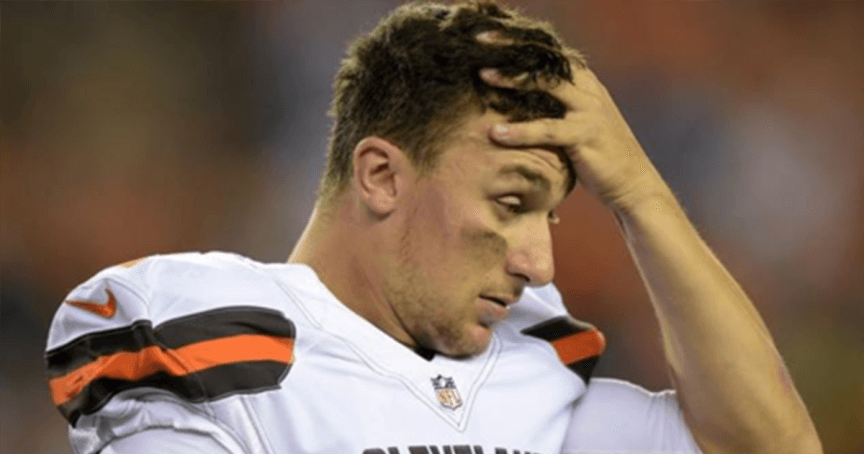 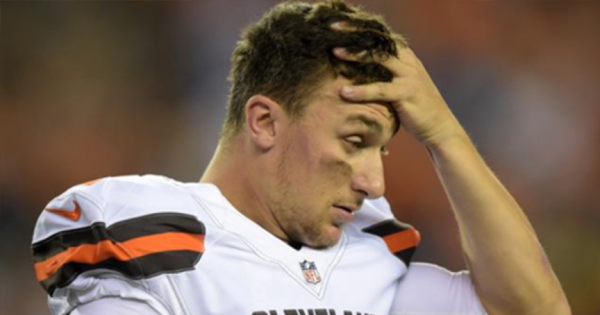 The Cleveland Browns announced the hiring of head coach Hue Jackson, and it doesn’t look like troubled quarterback Johnny Manziel will be on the team long enough to see Jackson give it the ole’ college try.

The Browns haven’t had a winning season since 2007, so Jackson feels that radical changes are in order. He’s right that a shake-up is overdue, but at the same time, Manziel is the best option on the table for the Browns right now.

“I need to get in this building and have an opportunity to sit down and watch tape. I don’t know Johnny personally. I know who he is, but at the same time, I think I have to give everybody on our football team the fair opportunity to see who they are, to truly learn who they are and then make decisions from there.”

After the whole Las Vegas fake-mustache weekend, the team as a whole seems against Johnny Football, and with his “I really don’t want to be here at all” attitude, it’s only a matter of time.

“I wasn’t here to be a part of that,” said Jackson when asked about Manziel’s history off the field. “So obviously, I can’t speak to any of those. I think what’s important is that I evaluate him as a football player and then find out more about those things moving forward.”

Sure, it’s all peace and love for Jackson’s first days with the organization, but trading or cutting the 2012 Heisman Trophy winner is best for all parties involved at this point. The majority of teams out there may not be interested in having Manziel on the roster for a variety of reasons; however, he only needs one team willing to roll the dice, and the Dallas Cowboys and St. Louis Rams are still considering it.

Of course, Dallas may be a hard sell since the group that rejected him in 2014 is still there. Jerry Jones would need to sever ties with a handful of coaches to ensure a seamless transition. The Rams, on the other hand, have made their interest in the young QB well-known since the draft, and with the team moving to Los Angeles with one of the worst quarterback situations from 2015, it may be time for a change.

Shouldn’t be overly difficult to come in and start over Nick Foles.