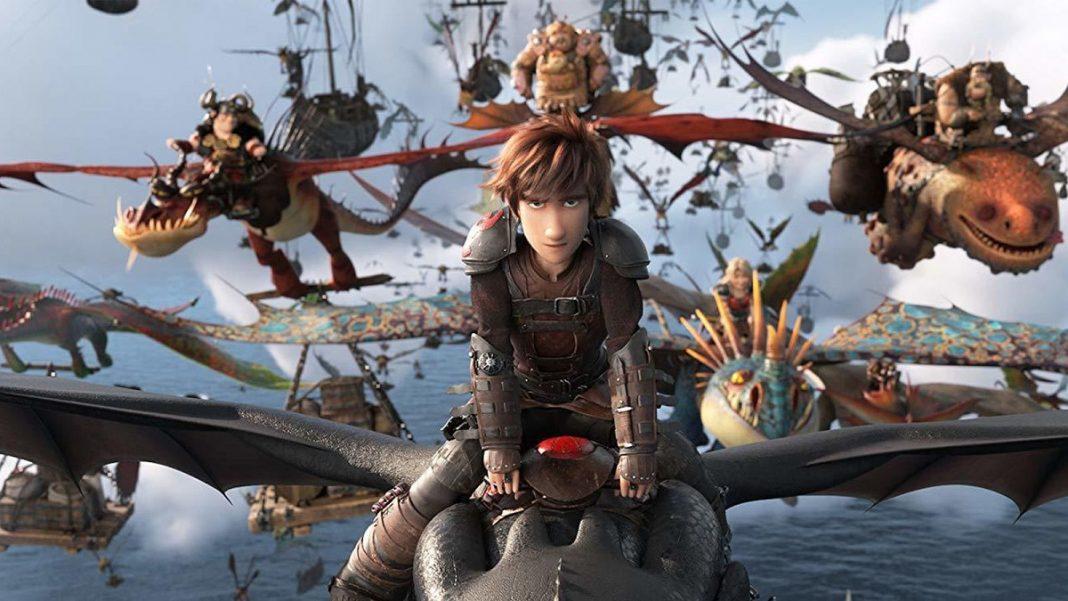 After a rough couple weekends beginning with the Super Bowl, “How to Train Your Dragon: The Hidden World” has given Hollywood some hope. The third film in the franchise is a real hit scoring a franchise-best debut with $55.5 million during the Oscar weekend.

Writer-director Dean DeBlois’ third and supposedly final installment in the “How to Train Your Dragon” series notched the best opening of the year in U.S. and Canadian theaters. It also had the lowest budget of all three films which is unusual for any franchise film. Each budget has gone down from the original $165 (2010), $145 for the second (2014) and $129 for this one. Can you imagine if the “Avengers” films could do that?

Also notable: The two best opening weekends this year have both been for the final installments of trilogies. Until this weekend, M. Night Shyamalan’s “Glass” held the top spot. That superhero thriller opened last month to about $41 million in its first weekend.

Going into the weekend, overall ticket sales for 2019 were down 18 percent, according to Comscore, throwing cold water on the record box office of 2018.

But as Hollywood was set to gather for the Academy Awards on Sunday, “The Hidden World” lent the industry some good news — albeit not a hint at all of the magnitude of what that was in theaters last Oscar weekend when “Black Panther” was the top film.

Made for $129 million, “The Hidden World” rode good reviews (91 percent fresh on Rotten Tomatoes) and warm audience reaction (an A CinemaScore) to exceed the $43.7 million opening of the 2010 original (which ultimately made $494.9 million worldwide) and the $49 million opening of the 2014 sequel (which amassed $621.5 million). Having no competition also helped considerably being the only newcomer in the top five this week.

The latest installment, which similarly features the voices of Jay Baruchel, America Ferrera and Cate Blanchett, is the first DreamWorks Animation release under the Comcast-owned Universal, which bought Jeffrey Katzenberg’s company in 2016.

Universal trotted out “The Hidden World” abroad first. It’s been in release internationally since January, earning $216.9 million through Sunday.

Last week’s top film, “Alita: Battle Angel,” dropped steeply in its second weekend with $12 million. That’s a slide of 58 percent, and further trouble for the 20th Century Fox release from producer James Cameron and director Robert Rodriguez. The sci-fi film cost a hefty $170 million to make so as we reported last week, it won’t likely be making back it’s full budget any time soon, if at all.

But “Alita” is doing better overseas. It grossed $92.4 million internationally over the weekend, boosted by Fox’s biggest opening ever in China. It was the no. 1 film there with $62.3 million in ticket sales.

MGM’s “Fighting With My Family,” about professional wrestling star Saraya “Paige” Bevis, was the only other new film in wide release. It expanded to 2,711 theaters after a limited release last weekend, grossing a modest $8 million.

Directed by Stephen Merchant, “Fighting With My Family” stars Florence Pugh as Bevis and features a cameo supporting performance from Dwayne Johnson, an executive producer on the film. With an $11 million budget, it’s a far smaller film than Johnson is typically a part of. It’s a rather respectable start for a film that premiered at the Sundance Film Festival last month, but having Johnson’s name attached certainly didn’t hurt.

There was little of an Oscar bump for the Academy Awards nominees heading into Sunday’s show. Alfonso Cuaron’s “Roma” is tied for the most nominations with 10 but, as a Netflix release, it has been mostly streamed. Netflix has declined to give box-office figures for its theatrical release. The major theater operators have refused to screen Netflix films since they don’t adhere to the traditional 90-day theatrical exclusivity window.

Of the nominees still in theaters, Peter Farrelly’s “Green Book” fared the best, grossing $2.1 million on its 15th weekend. The best picture-nominated interracial road trip drama has grossed $69.6 million through Sunday, including $27.1 million since Oscar nominations were announced. That dwarfs the post-nominations hauls of all other contenders.