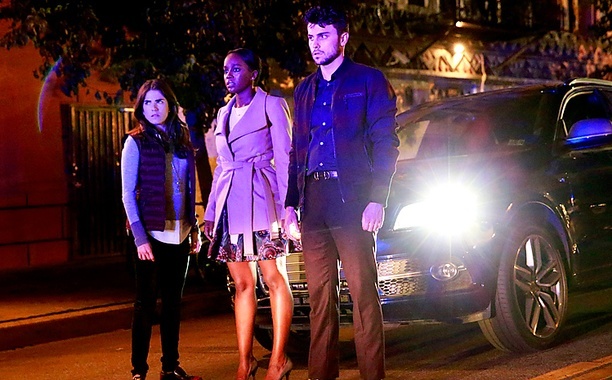 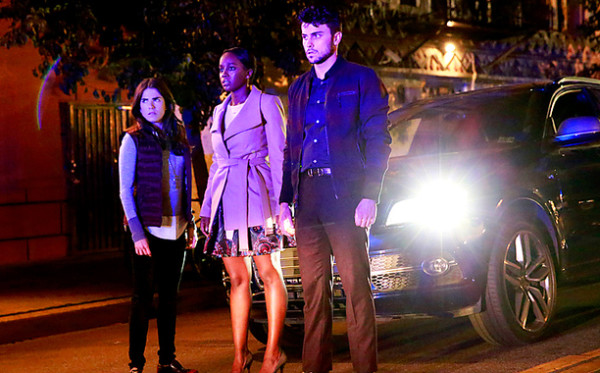 How to Get Away with Murder was something else this week. It is refreshing that a show doesn’t go so far off of the bounds of reality that you can actually enjoy it without the validity of the storylines distracting you. And I’m Just going to leave that right there.

So much was revealed this week. I love how with each passing episode we get just a little bit more of what happened that fateful night. This episode is three weeks before ADA’s killing and Annie’s stabbing at the Hapstall’s Mansion.

Bonnie’s confession that she killed Sam really puts Asher in a hard place. She tells him that Sam tried to rape her, and she went a little crazy and killed him. Her story causes Asher to back out of testifying for ADA Sinclair, who wanted to use his testimony for permission to wiretap Annalise’s house. He instead confesses to her and his father that he knows how killed Sam. Come on Asher.

Back at the house, the Keating Four still whirl since they believe it’s just a matter of time before they are arrested as they feel something is just not right.  While they discuss having an orgy, Bonnie tells Annalise and Frank what is going on with Asher. Annie drills her for telling THAT story, and as she does, Asher shows up. Annalise corroborates Bonnie’s story to which he says that doesn’t constitute murder. Annie then lets him know about his privilege not only because he’s white but because he’s a man and asks him not to say anything. He tells her he’ll think about it.

Annalise is then whisked away to a meeting with the judge and ADA Sinclair, who has submitted the testimony of the Hapstall’s dead aunt into evidence two minutes before the deadline, unbeknownst to Annalise. This poses an issue because Annie can’t cross-examine her testimony. The judge agrees and gives her until 5 pm to come up with something that will make her change her mind.

She rushes back to the house putting the team to work on finding anything they can to get the testimony dismissed. Meanwhile, West still works with Levi (Michaela’s jump off, Rebecca’s foster brother, and Eggs911) and they think they are close to finding out what happened to Rebecca. They believe they have traced their information to one of Frank’s friends who gave Frank a storage key to “use” on the night of Rebecca’s murder.

What they don’t know about this piece of information, which really shows how committed Frank is to Annalise, is that he, Annie and Bonnie were tipped off that West is up to something thanks to Annie seeing him and Nate at the hospital. She told her ex-lover that she knows they are doing something behind her back, and he comes clean about what West and his new “partner in crime” is doing. So the key that Frank “accidentally” left lying around was a to draw them in.

Because Frank is a beast, when Michaela, Connor, Laurel and West make their way to the storage unit, what they find is a suitcase full of money, which makes West look like a crazy man in front of his fellow students who not only just found the money but right before witnessed Levi get arrested for having meth in his trunk. Hmm, I wonder how it got there. That Frank is something else. Levi’s arrest and the suitcase full of cash supports the notion that he is a drug addict, and they turn their backs on West, so to speak, as they tell him to leave Rebecca’s disappearance alone.

Asher decides that he is going to tell ADA Sinclair, who killed Sam as he found out that he father also made a deal with her for his named to be cleared as well in the Trotter Lake incident. Bonnie pleads with him at a bar not to do it, breaking down in tears, and he tells her he has to do it. She calls Annalise in self-deprecation and Annie, as usual, takes care of it. She pays a visit to Asher, who doesn’t want to see her. She barges her way into his apartment anyway and makes him watch a video of a little being forced to have sex with her father. We find out it’s Bonnie.

The Keating Four unearth a video showing the Hapstall’s aunt raging on the morning her brother and sister-in-law were found murdered that Catherine and Caleb killed them because they, pretty much, weren’t white. Annalise uses the video later that day at 5 pm in a hearing with the judge and ADA Sinclair but because she can’t show support that she obtained it legally, the judge sides with the ADA and allows the dead aunt’s testimony into evidence.

In the end, we see Bonnie and Asher drive away from the Hapstall’s mansion the night of Annalise’s stabbing. Bonnie stops at a gas station to Asher’s anxiousness and goes into the bathroom. We see her wash blood off her clothes, and when she comes back out, Asher is nowhere to be found; that’s because he’s gone to the police… “to give a statement.”