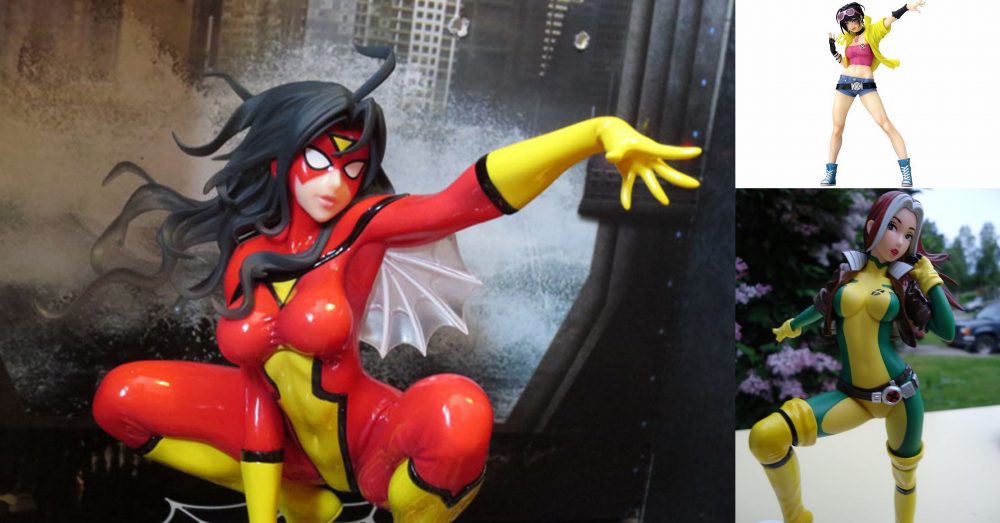 Kotobukiya has been around for fifty years for a reason. They are the best of the best when it comes to action figure collectibles. You might pay a little bit more, but it’s worth it as the resale value only increases as they get older. Click here to check out Marius’ Marvel Figure Collectible Figure review.

Below are the top 3 that every collector wants. So, if you’re looking to make an impression with the perfect gift, these are the ones that will surely do it. 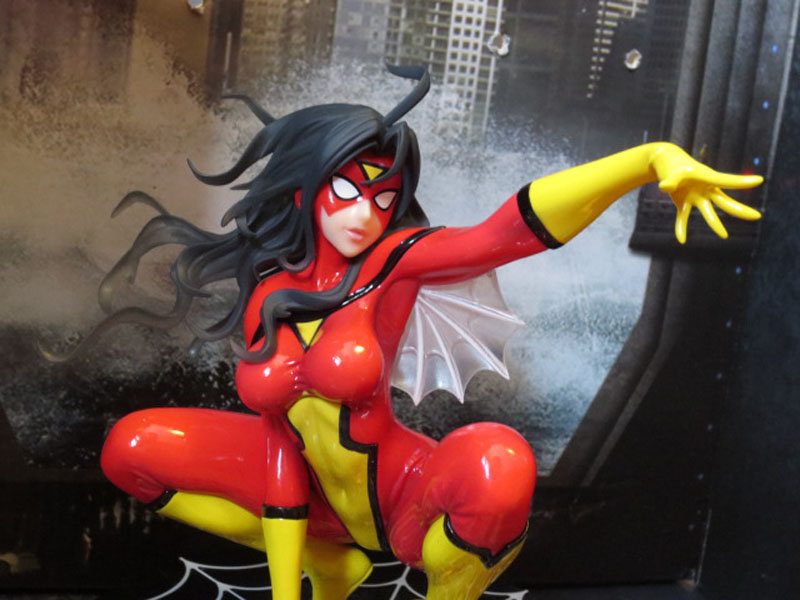 The Kotobukiya Marvel Bishoujo line is a must-have for Marvel fans, anime fans and anyone who appreciates beautiful female action figures. Jessica Drew aka Spider-Woman is a huge name in the Marvel Universe, and this figure is among their finest.

No, she’s not at the Spider-Man level yet, but give her time. 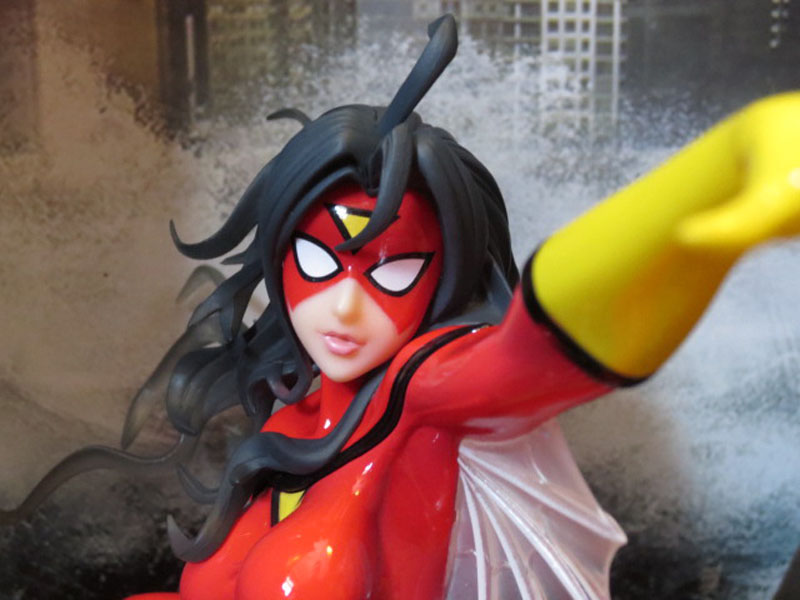 Remember those Spider-Woman poses sometimes ridiculed on the ‘net? You just can’t argue with this one. What’s beautiful about this figure is the high-gloss finish. Something not shown in comics or TV. You can’t but love the combination of red and yellow in her costume, and that pose is just glorious. 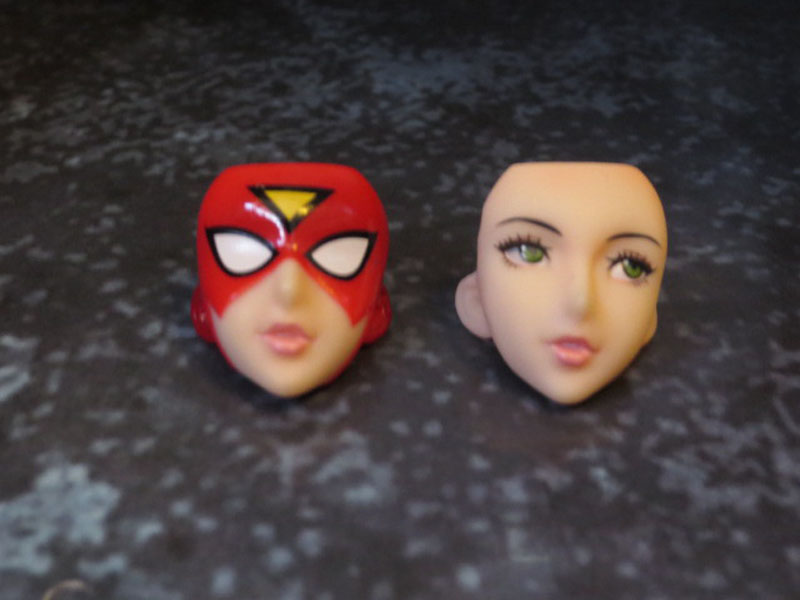 This figure comes with two faces: masked and unmasked. Both of which are gorgeous; plus the loose windswept hair as she poses mid-crouch with an outstretched left arm. It’s a rather simple pose, but the exquisite skin-tight costume is filled with the intense energy that the designers of Kotobukiya are known for. 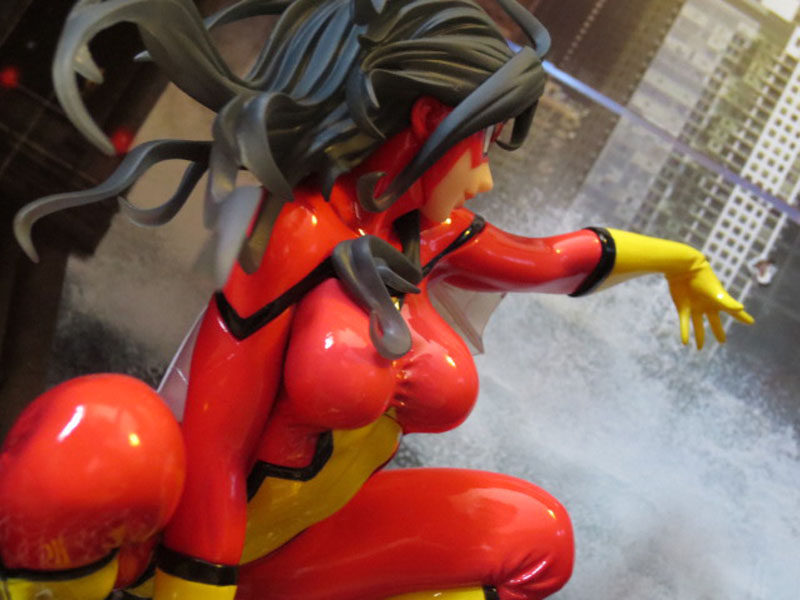 A great bonus is a compartment under Spider-Woman’s display base that allows you to store the extra face, so no worry of things getting lost.
RELATED NEWS
Apple unleashes its new Apple Watch Series 6

Just one look at this beautiful action figure tells you everything you need to know. This is a collector’s dream come true. 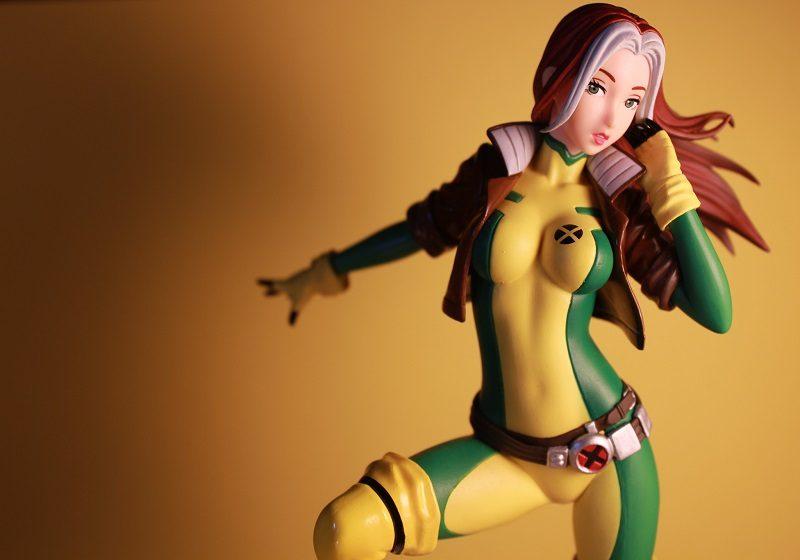 You may be wondering what the word ‘bishoujo’ means. In its simplest definition, it means a beautiful young girl, and this is the design style of most women in Japanese manga and anime.

Kotobukiya blends this with the heroic women in the Marvel Universe, and the “X-Men‘s” Rogue is a born natural for this style. Like many superheroes, she’s been in the comics for over twenty years, but she’s not aged since her high school years. Wolverine, on the other hand, hasn’t had such luck as Hugh Jackman ended his seventeen-year run as Logan. 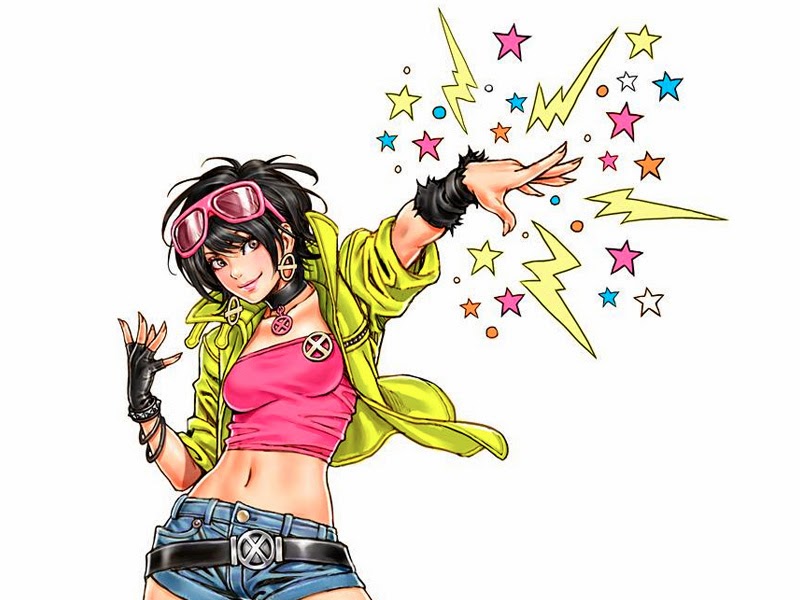 Kotobukiya Bishoujo Jubilee makes it on this list as she’s not only cute, sexy and dynamic, but she embodies the 90s look to a T. The 90s may seem ridiculous now, but it was a lively, dynamic period that’s the prime of life for yours truly. No, boy bands weren’t my thing, though a few Backstreet Boys tracks are a guilty pleasure.

Jubilee’s pose here is upbeat. Here she could either be using her powers or she could be dancing, which works well in both scenarios. She has her signature colors, but she doesn’t have her iconic 90s costume, rather a much sexier short yellow jacket and tube blouse.

Her face is quite expressive, and who can resist those lovely large eyes. The detailing is so exquisite; you can actually see each individual trinket as well as her fingerless gloves that speak 90s. She also comes with her 90s single lens pink visor as well as large pink sunglasses which you are able to take off. The base here is a simple brown coaster but the way this action figure is sculpted, no one will notice.

Close runner-ups for gift ideas would be Wonder Woman and Supergirl, as they are both rather beautiful figures too.

‘Supernatural’ Season 15 Premiere: End is near with 19 more to go