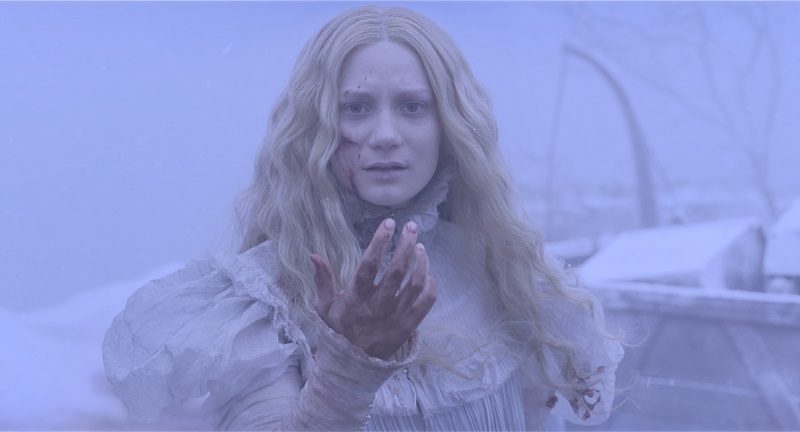 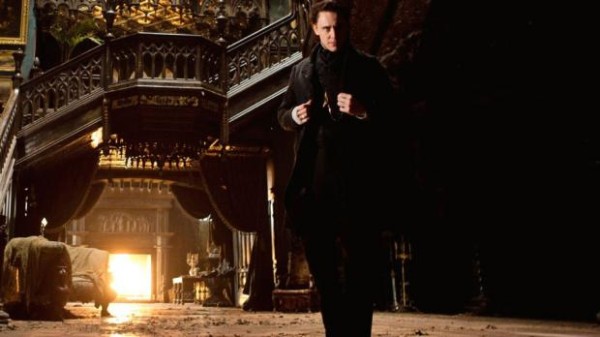 The Crimson Peak trailer debut last week at the CinemaCon in Las Vegas and left horror fans gasping….and drooling for more. By the end of the trailer I was doing the exact same thing. Crimson Peak is already being hailed as Guillermo del Toro’s masterpiece. That’s saying a lot considering everything he does is pretty brilliant already.

The film’s plot revolve around actors Tom Hiddleston and Jessica Chastain who play two spooky siblings who live in an equally spooky house. Mia Wasikowska plays Hiddleson’t new bride who moves into the scary new house and discovers that her lord husband is nothing like she originally thought. As the bride digs deeper and deeper in to her husband’s affairs, she discovers that his secret is extremely bloody and unpleasant.

One of the most impressive things about the upcoming horror film is that the film’s center set piece, a 19th century massive mansion, was built entirely by the crew. Del Toro said he wanted the house to look as natural as possible and did not rely on using a lot of forced CGI and special effects.

“I wanted to make the film mostly practical, with no green screen,” said the always visually stunning director. 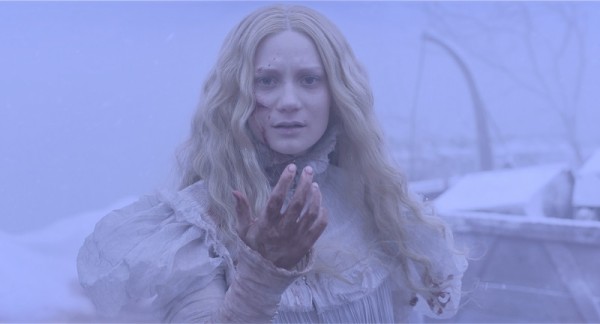 If you’re wondering why del Toro is glowing so much about his most recent film it’s because he says the film is a Gothic romance, the type of stories he’s loved since he was a child. He said the soon to be released film is “sick and twisted” and that’s why he likes the move so much. He further refers to it as an “operatic spectacle”

According to the Boston Herald, the audience at CinemaCon literally gasped during the trailer! It’s not hard to see why at all.

If that doesn’t make you want to see it badly enough, maybe an endorsement from the king of literary horror himself will convince you. Stephen King said that the soon to be released film is “gorgeous and just f-king terrifying.”

His son appears to agree. “Remember that list I tweeted the other day, the 13 most beautiful horror films?” Kings son Joe Hill tweeted. “Crimson Peak is the most beautiful of all. 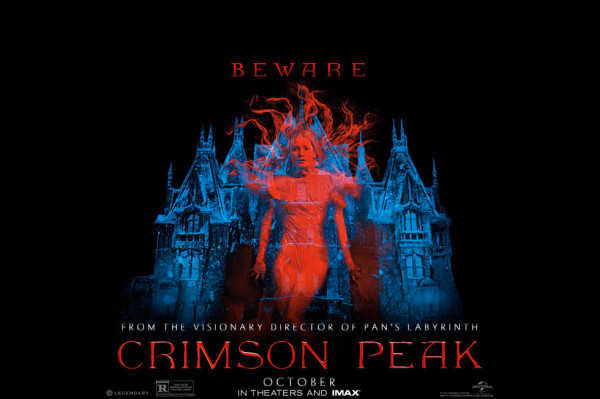 Man, I sure hope this film lives up the hype!

This film will be released in theaters at the very “peak” of Halloween season on October 16th.

Until then, watch the striking trailer over and over again below!