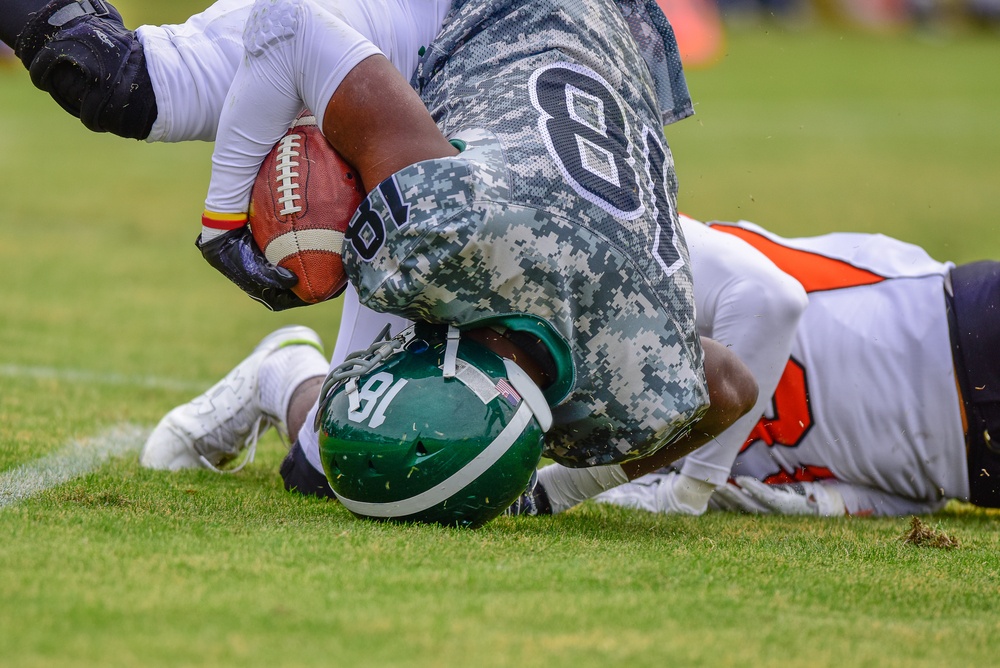 Not long after the latest NFL CTE study came out, people were wondering what effect this would also have on high school sports. Now we have our answer.

A high school sports study conducted by the Korey Stringer Institute and sponsored in part by the NFL shows that many individual states are not fully implementing key safety guidelines to protect athletes from potentially life-threatening conditions, including heat stroke.

The state-by-state survey showed North Carolina with the most comprehensive health and safety policies at 79 percent, followed by Kentucky at 71 percent. At the bottom were Colorado (23 percent) and California (26 percent). Those scores were based on a state meeting best practice guidelines addressing the four major causes of sudden death for that age group: cardiac arrest, traumatic head injuries, exertional heat stroke and exertional sickling occurring in athletes with sickle cell trait.

“The bottom line is that many simple policy changes can have a massive impact when a life is saved,” says Dr. Douglas Casa of KSI. “That is the goal of KSI in releasing these rankings, to prevent needless deaths in high school sports. We have had countless conversations with loved ones who have lost a child/sibling/grandchild/athlete. If these rankings can get more kids home for dinner instead of to a hospital or morgue, then we have succeeded.”

The institute is a sports safety research and advocacy organization located at the University of Connecticut and named after the former Vikings star who died from exertional heat stroke in 2001. 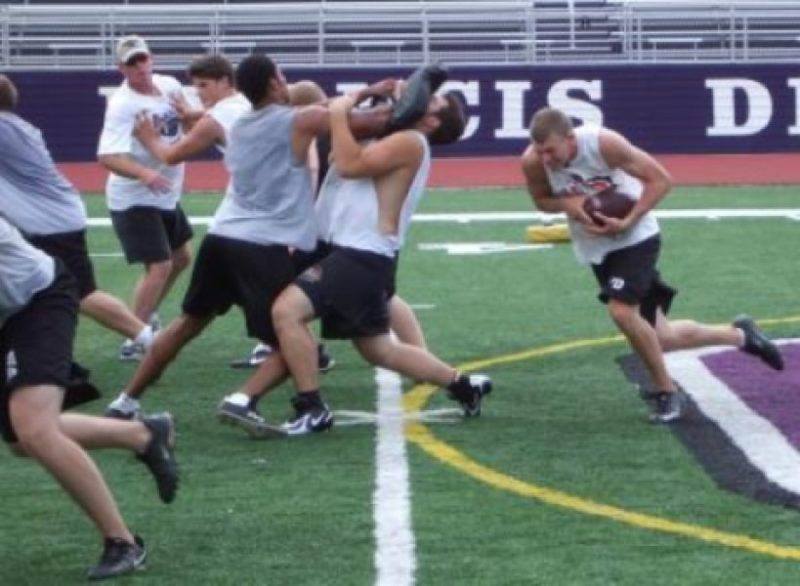 Sudden cardiac arrest is the leading cause of death for the age range.

Casa notes that progress is slow because most states only make a change after a tragedy. But he stresses that the policies KSI promotes are not difficult to adopt.

“At least one state has adopted each individual item, and for many items, more than half of the states have the policy in place,” he explains. “So this tells us it is feasible (to maximize protection). Now we need to collectively get states to learn from their colleagues and adapt these (programs) in their own state. Our top state is at about 80 percent, showing that, with effort, these policies can be implemented.”

Bob Gfeller lost his son, Matthew, at age 15 in 2008, after a traumatic brain injury while playing in his first high school football game. Gfeller is an executive vice president at Wake Forest Baptist Medical Center and the executive director of the Childress Institute for Pediatric Trauma. He found the wide range of results by state “enlightening.”

Asked what can be done to get states to adopt more of the guidelines to protect high school athletes, Gfeller says: “Sharing of best practices amongst the state high school professionals. For each state to study where they are gapping and what other states who are scoring high are doing, so then to be able to determine how to close their gap.”

In his field of expertise, exertional heat stroke, Casa notes that states that have adapted significant changes to heat acclimatization policies have not had such a death when the policies have been followed.

“Keep in mind these policies are for the phasing in of initial practices in August,” Casa says. “Some of these states have still had exertional heat stroke deaths during summer conditioning in June/July or other times of the year, because they lack policies that govern these other circumstances.”

To prevent death from EHS, it comes down to three things:

Casa adds that the monetary cost of reaching the desired preventive measures is not high.

“To be honest, you could get to 90 percent implementation with very little cost and effort,” he says. “Spending probably less than $5,000 per school could get you close to 90 points. You also would probably need a two-day meeting with the key state association officials to refine the details of the changes.

“It is matter of convincing people that these issues are important and that they need attention.”