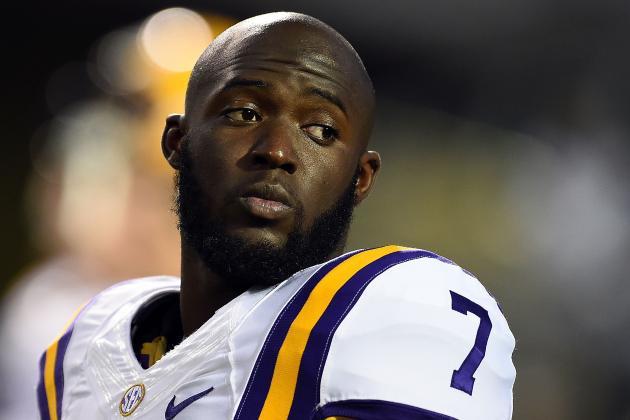 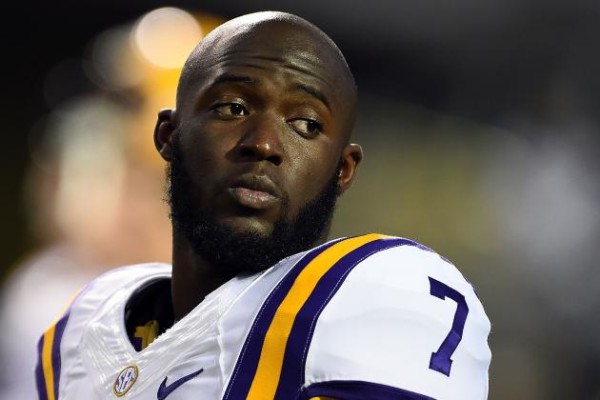 Leonard Fournette is easily the biggest name in college football right now. After another 200-yard performance Saturday against Syracuse, Fournette separated himself from the pack as the clear Heisman frontrunner, so now the only question left is where will he be going in the NFL Draft?

Only one problem: being only in his sophomore season, Fournette isn’t eligible to make the leap to the pros until 2017.

He sure seems ready though. Honestly, he probably could have come out last season. Despite relatively limited workloads early in 2014, Fournette finished with 1,034 yards and 10 touchdowns averaging 5.5 yards per carry.

Fournette had three 100-yard games last season before really breaking onto the national circuit against Texas A&M in LSU’s final game of the regular season. Fournette torched the Aggies in front of the 12th Man, compiling 146 yards and a touchdown on nearly eight yards per attempt. Pretty impressive to say the absolute least.

In the Franklin American Mortgage Music City Bowl, Fournette put the team on his back despite a 31-28 loss to Notre Dame. The freshman finished with 143 yards on 13 yards a carry, two rushing touchdowns, and a 100-yard kickoff return touchdown.

The Heisman rumors immediately swirled up, and Fournette certainly hasn’t disappointed so far in 2015. Three games into the season (LSU’s opener against McNeese State was cancelled), Fournette has already collected 631 yards and eight touchdowns on 8.6 yards per carry, and he is only getting better.

I know, I just threw a lot of numbers at you, allow me to sum it all up—Leonard Fournette is the freakin’ Truth. Other All-time collegiate greats are starting to take notice too:

Quite the bold statement by one of the best to ever play the game, but the way Fournette is playing right now it’s nearly impossible to argue with him.

So let’s just assume that Walker is right, and Fournette is as NFL-ready right now as he’ll ever be. Why shouldn’t he be allowed to earn the 2016 NFL Draft?

Well, the NFL rule stats that a player must be at least three years removed from high school. But why? To ensure that they are physically ready?

Adrian Peterson insists he could have come right out of high school and been just fine:

“Not to sound cocky or anything, or confident, but yeah, I do feel like I could have come out my senior year of high school and played in the NFL,” said Peterson in between talks about the upcoming game against the Denver Broncos. “I really do. And I’ll just say this, people were like ‘well, physically you just weren’t ready.’ I came in my freshman year and I was up for the Heisman, had a pretty good season, was the leading rusher.”

Peterson went on to use a comparison to further his point:

“And there were guys that went in the league that year, like Cedric Benson…I feel like I was a better player than him. And so it’s like, ‘I’m a true freshman, and if Cedric can go [pro] and play, then why couldn’t I do it?”

Another valid argument. Peterson has also been wildly more successful in his career than Benson.

But back to the point at hand, Fournette isn’t overly worried about it. If he were to challenge the rule like Maurice Clarett did (unsuccessfully), he would sure have a case. Fournette has made it clear, however, that he feels another year in college would do him well in terms of mental preparation for the NFL.

At the rate he’s going, we may have the first running back picked top three since Trent Richardson in 2012…let’s just hope his pro career turns out a little better…