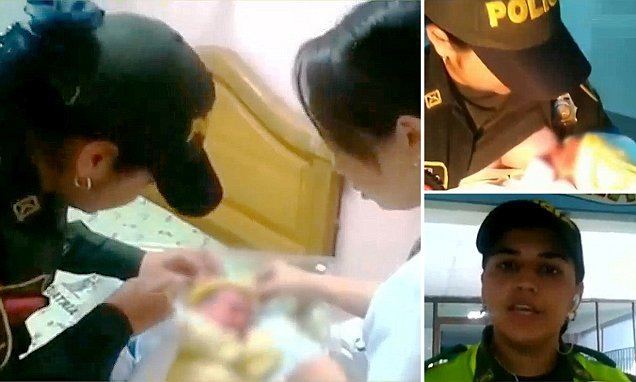 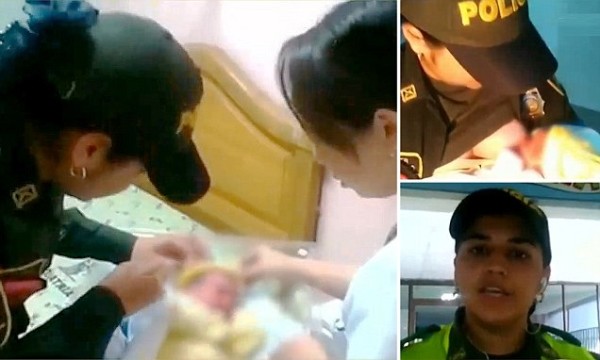 This week’s Hero is a woman who isn’t afraid to “whip it out” and the Zero? Someone who wants everyone else to pay for her lack of intelligence. She didn’t want a hand up, she just wanted a sad handout.

The Hero of the week goes to a Columbian female police officer who used her natural ability to sustain life to maintain the life of an abandoned newborn baby.

Officer Luisa Fernanda Urrea breastfed the baby girl, who was still attached to her umbilical cord, after responding to a call in a remote forest settlement. What a beautiful example of two crucial roles in our society fulfilled by one woman who didn’t care what others thought or believed and gave herself entirely.

A mother is a nurturer at heart, and it doesn’t matter if a child is yours or not. Being that she just had a baby, Fernanda Urrea used her milk for its purpose. This situations speaks to the conversation that people in America do not like to discuss, and that is the one about public breastfeeding. I mean, for this woman to so naturally do it and to be photographed doing it should be a sign to those in this country who feel the subject is taboo. I never really got why people are offended by a woman feeding her child with her breast. Many times too, they are rude and inconsiderate about it. It just doesn’t make sense to me.

The other role that this magnifies is that of law enforcement. I get that we live in a society that pits citizens against the ones hired to protect us, but stories like this show the intention of law enforcement. It is about helping people, it is about putting one’s self on the line, it is about responding at a moment’s notice not knowing what the outcome will be. In the second when the two roles that probably define Fernanda Urrea mattered most, she stepped up and made all the difference in the world.

Even though it didn’t happen in America, it’s a glimmer of hope of how things can be. People accept breastfeeding women in public, and the strained relationship between police and citizens is fixed. 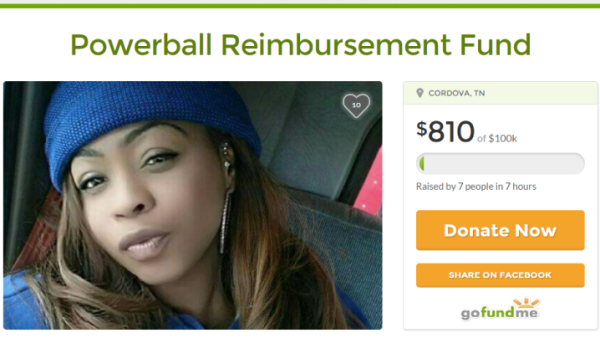 You have to really have some balls to be bold enough to start a Go Fund Me page after… gasp… not winning the lottery. Cinnamon Nicole (if that is her real name) from Cordova, TN put up a page on the popular fundraising site and get this, this chick actually raised $800!

She is a total zero for even thinking that this is a good idea. In fact, I am sure she knew it wasn’t a good idea as much as it is a gimmick to get over on people. Her actions speak to the “give me” mentality that so many people have in today’s society. While she definitively keeps it real about her family and her spending all of their money on lottery tickets and asks that people give so that they can “spend another fortune trying to hit it big again,” it is a gross lesson in what our world has come to.

This is not funny. It is not cute. It’s sad and feeds into stereotypes right and left. Just think of what this girl could be if she put that same mindset and energy into productive, worthwhile, long-lasting endeavors. But that would require her actually doing something with her life that involves more than just milking folks for their money. The issue with a lot of people today is not that they don’t have the know how to “make it,” it’s that they use their skills and talents trying to find quick, easy and parasitic ways to “come up.”

To further add insult to injury, the people who were stupid enough to give to the campaign before Go Fund Me shut it down are also a part of the problem. We, as a society, allow these things to happen. We have become a culture where we reward bad, stupid, misguided behavior, and all that does is perpetuate it more, causing it to spread.

It’s people like Cinnamon Nicole who make it hard for those who really need help to get it because it brings down the credibility of the platform and calls into question users’ intentions.

Thank God the Go Fund Me had enough insight and care to pull the plug on the operation. Cinnamon Nicole’s negligence and subsequent request for people to feed into her broke mentality make her the ultimate zero.