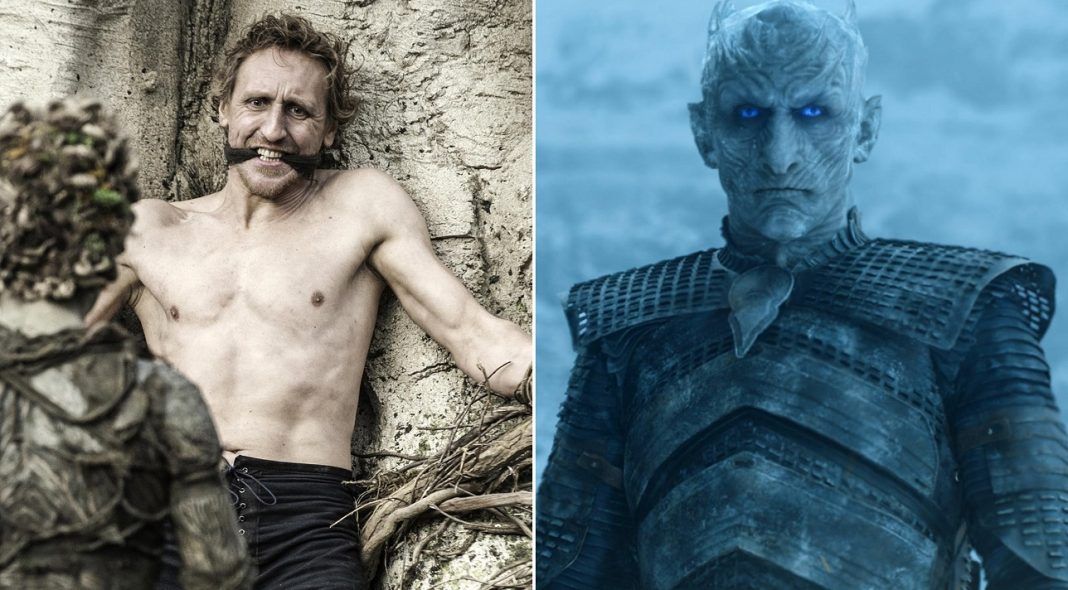 Like with most hugely popular shows, “Game of Thrones” ending with Season 8 will leave many fans knowing a huge void is coming to their lives. This is similar to how “Supernatural” fans felt when Jensen Ackles, Jared Padalecki, and Misha Collins announced that their long-running CW show was ending with Season 15.

Naturally, HBO has already gotten started on more GoT related things like a prequel, but they’re not just relying solely on one franchise. They talked about more things coming down the pike you might be interested in.

When the last drop — or gallon — of blood is shed and an exultant victor has ascended to the Iron Throne, viewers may be split over how HBO’s fantasy saga ended but they’ll be joined in deprivation.

“What do you do without ‘Game of Thrones?’” will be the lament heard after the May 19 finale, said media industry analyst Larry Gerbrandt. The question is even more critical to the pay-cable channel, which soared on dragon’s wings with its hugely popular, eight-season adaptation of George R.R. Martin’s novels. If you’ve not watched “Game of Thrones” and are wondering what all the fuss is about, check out our GOT primer and see who survives Season 8, and who doesn’t.

Keeping subscribers on board means more than another hit, even one as globally dazzling as “Game of Thrones” proved to be. But it’s where HBO can start to protect its brand and position, observers say, an effort both demanded and compounded by an increasingly congested small-screen landscape and the expectations of the channel’s corporate owner since 2016, AT&T.

“I think they need a prestige show on this level to remain HBO,” Bill Carter, a media analyst for CNN and former reporter for The New York Times. But “more than ever, it’s really hard to find a hit show and to break through in this marketplace.”

Sunday’s season premiere underscored the point, with “Game of Thrones” drawing a series-high record of 17.4 million viewers on TV and streaming. It set a streaming record for HBO and reinforced its standing as one of television’s most popular shows.

The channel is well into the hunt for a worthy successor, with one possibility an untitled prequel to “Game of Thrones” created by Martin and Jane Goldman and starring Naomi Watts. Set to begin shooting a pilot in June, it’s among several potential “Thrones” spinoffs being weighed, with discussions at HBO about “how many is too many,” said programming chief Casey Bloys.

“We have high hopes” for the pilot, he said. “But I want to be clear, nobody is going into this thinking that we’re going to do a prequel and all of a sudden everybody who automatically watched ‘Game of Thrones’ is going to watch this. … It’ll have a different feel and different rhythm. We’re not trying to do the same show again.”

That begs the question of what more HBO has to offer, he said. During a period in which “Game of Thrones” was off the air for scheduling reasons, series including “Westworld,” ″Sharp Objects” and “Barry” proved strong draws, Bloys said.

“I’m not going to argue that we won’t miss ‘Game of Thrones.’ It’s been a fantastic show for us, but life does go on,” he said. He points to a deep bench of returnees, including Nicole Kidman and Reese Witherspoon’s “Big Little Lies,” and newcomers including the graphic novel-based “Watchmen” from “Lost” producer Damon Lindelof. One marquee series that’s also in its final season: the much-admired comedy “Veep,” with Julia Louis-Dreyfus.

HBO, which launched in 1972 and whose cachet has long justified the boastful slogan, “It’s not TV. It’s HBO,” has reached this crossroads before. At the turn of the century, pop-culture sensations “The Sopranos” and “Sex and the City” boosted the channel’s visibility and subscribers and made it a serious player for prestige awards — including cable’s first-ever Emmys for best drama and comedy series. After the shows wrapped, the channel moved nimbly on with audience-pleasers including “Six Feet Under” and “True Blood.”

But that was then, and this is the time of streaming — or, in shorthand, Netflix, along with a growing host of others including Amazon and Hulu — and a shoulder-bumping rush for stars and showmakers to churn out more and more fare for outlets already awash in programming.

HBO, no longer a singular alternative to staid broadcast networks, also got new corporate ownership when AT&T bought its parent company, Time Warner. HBO recently saw the exit of its chief executive, Richard Plepler, who had been with the channel for nearly 30 years and guided it to “Game of Thrones” glory.

With AT&T’s resources, HBO has stepped up production and will see a 50% increase in the number of original program hours this year, Bloys said, arguing that volume doesn’t preclude high quality: “There’s nothing in 2019 that we’re putting on the air because we’re trying to hit an hour count. … We haven’t lowered any of our standards to reach a certain level of programming” and there is no pressure to do otherwise from WarnerMedia CEO John Stankey, he said.

Subscribers ultimately will decide whether the shows are what they want. But expanding the pipeline is unavoidable, said Tuna Amobi, a media and entertainment analyst with investment firm CFRA.

“It’s a very different competitive landscape for HBO than it was when they launched ‘Game of Thrones,’ and they realize that. That’s why you see them ratcheting up their investments in their programming,” Amobi said. Also key is how HBO’s online platform is integrated with planned WarnerMedia streaming offerings to reach the broadest audience possible and make full use of its content, he added.

HBO “cannot rely on the old ways of doing things and hope that being a premium channel will bail you out,” he said.

“Game of Thrones,” which debuted in 2011, has flourished despite the confounding number of small-screen choices. From its first-season average weekly tally of 9.3 million cumulative viewers, the series rose to a seventh-season high of 32.8 million across all HBO platforms, including the channel itself and streaming services HBO Go and HBO Now and over a period extending 30 days beyond the season’s end.

It benefited from the devoted following for Martin’s “A Song of Ice and Fire” clutch of novels. It was richly and painstakingly produced, filmed in 10 countries including Northern Ireland, the Republic of Ireland, Morocco, Iceland and Canada. Its appealing cast became household names, and the female characters that grew in stature and strength as the drama unfolded are routinely namechecked as part of the female-empowerment zeitgeist.

“Game of Thrones” could boast of its Emmy dominance as well, with 47 trophies to date including three best drama series awards. Last year, it denied a second consecutive win to a worthy opponent, Hulu’s “The Handmaid’s Tale,” but HBO itself lost valuable Emmy bragging rights: It was surpassed in total nominations for the first time in 17 years and by relative newcomer Netflix, and the streamer tied HBO in wins.

Analyst Gerbrandt, of Media Valuation Partners, isn’t counting the channel out. Many viewers still like so-called “curated” TV delivered to them, as opposed to searching online through dozens or hundreds of offerings, he said. There’s also the power of perception at work.

“If there’s a brand that survives strictly on name, it’s probably HBO,” he said.

Game of Thrones Prequel: What You Need To Know

Taking place thousands of years before the events of Game of Thrones, the series chronicles the world’s descent from the golden Age of Heroes into its darkest hour. From the horrifying secrets of Westeros’s history to the true origin of the White Walkers, the mysteries of the East to the Starks of legend, only one thing is for sure: It’s not the story we think we know.

Who will it star?

Who is behind it?

Jane Goldman and GoT author George R.R. Martin are the creators of this new series, with Goldman serving as the showrunner. Both will executive produce, alongside SJ Clarkson (The Defenders, Jessica Jones, HBO’s Succession and the upcoming Star Trek installment), who will also be directing the pilot episode; James Farrell; Jim Danger Gray; Vince Gerardis; Daniel Zelman and co-executive producer Chris Symes. Martin was also an executive producer on Game of Thrones and contributed to several episode scripts.