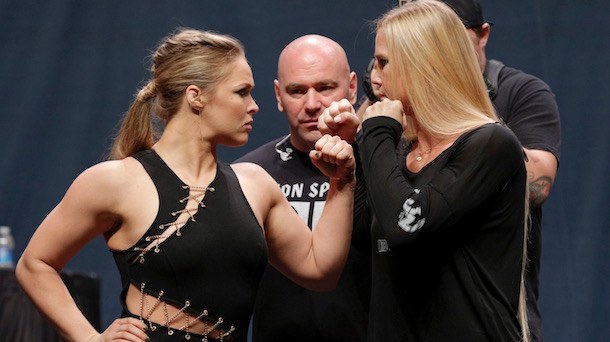 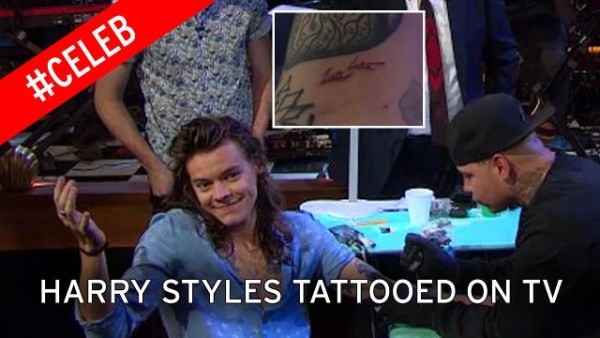 On Thursday night, boy band One Direction appeared on The Late Show with James Corden. While there, the boys played a game of Tattoo Roulette with the host. In this game, each of the band members and James had to choose one of five boxes. Four of these boxes had the word “safe” inside of it while the fifth one had “tattoo” written inside. Unfortunately, whoever ended up with the “tattoo” box was forced to get inked on the air.

All of the band members agreed to the terms, with James saying he would get “1D” tattooed if he was the one to choose the specified box and the boys of One Direction agreeing to get “Late, Late” tattooed on them if any of them were the unlucky one to choose the box.

While Harry, Louis and Liam are not newbies to the tattoo scene, both Niall and host James do not have any tattoos and therefore, were rightfully nervous before choosing their boxes. James pointed out Niall’s nerves saying, “your hands are actually shaking.” Niall tried to play it cool and joked, “It’s my first time on TV.” On the other hand, Harry claimed to be completely “fine” as he proceeded to participate in the game.

Fortunately Harry, who was the most relaxed out of the group, was the one who ended up picking the “tattoo” box. Thus right there in the middle of The Late Show set, Harry got the words “Late, Late” inked on his left arm. Luckily for him he is already so inked up, so adding one more really wasn’t a big deal. 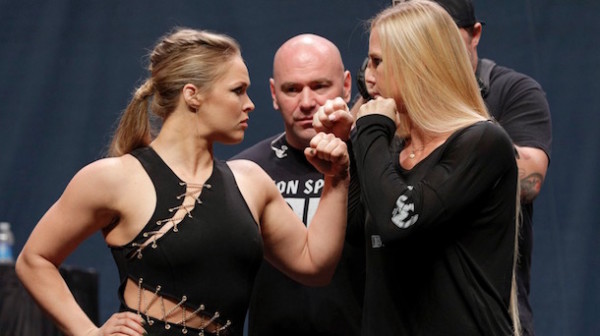 Meanwhile, President of the UFC Dana White revealed to ESPN Radio that there is definitely going to be a rematch between Ronda Rousey and Holly Holm.

Since her defeat, usually outspoken Ronda has been maintaining a low profile as she recovers from her unexpected loss. In Mid-November Ronda, 28, lost to her opponent Holly, 34, just under a minute into the second round of UFC 193. At that point, Ronda was on a 12-fight winning streak, and this marked her first MMA career loss. In addition, Ronda was also taken to the hospital immediately after the fight, as it was a forceful kick to the head that ultimately lead to her defeat.

While on ESPN Radio, Dana stated, “I think that if we didn’t make the rematch, me and Lorenzo [Fertitta, UFC CEO] should probably lose our promoter’s license.” Going on to say, “That’s the fight that’s going to happen. I don’t know when, but that’s the fight.”

At this point there have been no talks on when the rematch will occur. However, UFC has confirmed that it is no longer a question of if, but rather when. Until then, undoubtedly both Ronda and Holly will be training harder than they ever have before.