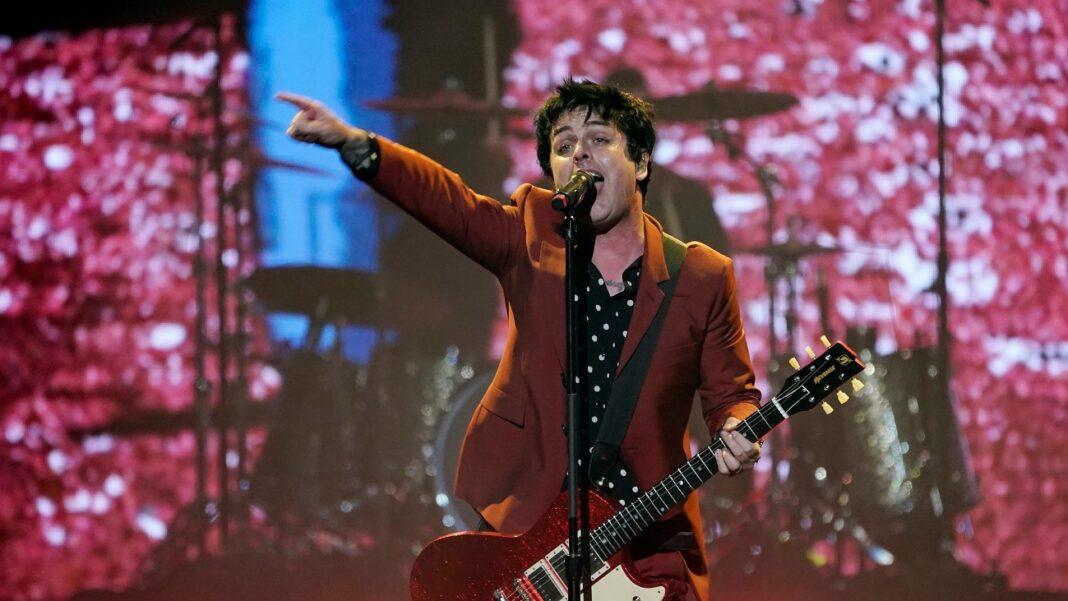 Who would have thought that the Super Bowl would suddenly usher in a new era of pre-show music festivals?

This year, for the third year in four (Coronavirus halted one year), Bud Light is hosting the Super Bowl Music Fest in the game’s host city making non-sports fans come out in droves. It used to be just the half-time show which could draw as much scrutiny as the actual game’s winner. What used to be called Staples Center has a new name and people can get used to saying L.A.’s Crypto.com Arena instead.

Miley Cyrus created a setlist on the eve of the 56th that spanned the whole history of the big game and then some. She may not have been alive for over half of them, but the consummate entertainer did her research and made quite the impression.

Cyrus mashed up songs from the 60s, 80s and 90s with her own at the Bud Light Super Bowl Music Fest on Saturday night.

The 29-year-old was the co-headliner with Green Day on the third and final night of the festival at Crypto.com Arena in Los Angeles, about 10 miles (16 kilometers) from SoFi Stadium in Inglewood, where the LA Rams play the Cincinnati Bengals on Sunday.

The annual festival, which also featured Halsey, Machine Gun Kelly, Gwen Stefani, Blake Shelton, and Mickey Guyton, prides itself on bringing together artists from across genres, but Cyrus did that all by herself, blending country and pop rock, dance pop and alternative rock.

She sang Nancy Sinatra’s “Bang Bang (My Baby Shot Me Down)” from 1966 — the year before the Green Bay Packers beat the Kansas City Chiefs in the first Super Bowl at Los Angeles Memorial Coliseum — as an intro to her own 2007 “See You Again.”

“I hope this show is a representation of how you never need to choose who you want to be. You can be everything and anything,” Cyrus said as she donned a cowboy hat and pulled an oversized sportscoat over the futuristic Gucci tracksuit she took the stage wearing. “You may look ridiculous like you’re wearing workout attire from 3033 and a cowboy hat. It’s just how I feel tonight.”

Miley Cyrus opened the show with her 2013 hit “We Can’t Stop,” and blended it with the Pixies’ “Where Is My Mind” from 1988, the year Washington beat Denver in the Super Bowl in San Diego.

Pulled the same trick in her first encore by blending her “Wrecking Ball” with the Prince-penned Sinead O’Connor hit “Nothing Compares 2 U” from 1990, the year Joe Montana and the San Francisco 49ers beat John Elway’s Denver Broncos.

Thrilling the crowd with Madonna’s “Like a Prayer” from 1989 — the last year the Bengals were in the big game, she transformed her backup singers into a small gospel choir.

Cyrus also mixed in music from Stevie Nicks and her godmother Dolly Parton while closing the night with the fitting-for-Super-Bowl-weekend “Party in the USA.” Cyrus owns her own past along with that of her musical forbears.

The members of Green Day focused on their hits of the 1990s and early 2000s. They opened with a rousing rip through 2004′s “American Idiot.”

“Los Angeles!” lead singer and guitarist Billie Joe Armstrong, who turns 50 on Thursday, shouted during the song. “Super Bowl!” he later yelled, in the only real mention the game got during the night.

They brought their own bit of 1966 with a cover of “I Fought The Law,” whose most famous version was released that year by the Bobby Fuller Four.

The 20,000-seat Crypto.com Arena was nearly full for all three nights. Fans had to show proof of vaccination to get in. Most ditched their masks once they were inside the main hall.

The night was the end of a week of pre-Super Bowl entertainment events as the LA area hosts the game for the first time in nearly 30 years, featuring its shiny new stadium and the hometown team favorites.

Drake was playing a set across town in West Hollywood on the second night of a party known as “Homecoming Weekend.” Justin Bieber sang and danced on the first night. John Mayer and Shaquille O’Neal each had their own events earlier in the week.

Even after suffering some downtimes, singer Justin Bieber can still leave a room full of elite athletes, actors and A-listers awe struck.

Unlike Miley Cyrus and Green Day’s concert show, Bieber’s was invite-only guests at Friday’s first of two nights of a Super Bowl-week party dubbed “Homecoming Weekend.” The invitees were crushed around a small stage-in-the-round under a tent at the Pacific Design Center in West Hollywood, California to get close to Bieber, who hopped, jerked and danced through a 45-minute set as the evening’s headliner.

Most of the hands around the stage were holding phones in the air and filming. Some gleeful fans turned around to shoot selfies with Bieber, who wore a a black skullcap, shades, a white hoodie and a sparkling necklace as he boogied in the background.

He stood at a keyboard to play an earnest electric-piano intro to “Peaches” before getting back to the dancing.

Bieber kept the songs flowing and kept the between-song banter to a minimum.

“You guys having a good night?” he said at one point. “You guys rooting for the Rams?”

Despite the free food and top-shelf spirits being served, the outdoor patios were mostly empty as everyone jammed into the tent to watch Bieber.

Proof of vaccination was required of the 1,500 guests. Few wore masks.

It was one of a week full of entertainment events leading up to Sunday’s Super Bowl at SoFi Stadium in Inglewood, the first in the Los Angeles area in nearly three decades, with the hometown Los Angeles Rams playing the Cincinnati Bengals.

Night one also included a DJ set from Marshmello. Drake is set to perform on night two.

The event, presented by The h.wood Group, REVOLVE, PLACES.CO and Uncommon Entertainment was themed on a high school homecoming.

The mostly young guests posed at photo stations with bejeweled football helmets took pictures in front of a faux-high-school hallway of pink lockers and trophy cases.

Other pre-Super Bowl entertainment events on Friday night included Shaq’s Fun House, a public event thrown by Shaquille O’Neal at the Shrine Auditorium that featured a performance from Lil Wayne, and the second night of the three-night Bud Light Super Bowl Music Fest, which featured Gwen Stefani, Blake Shelton, and Mickey Guyton, who will sing the national anthem at Sunday’s big game.

Drake Was The Highlight At His Super Bowl ‘Homecoming Weekend’

There may have been plenty of stars shining Saturday night, but Drake’s shined the brightest of all.

In an all-white outfit, the multi-Grammy winner had many concertgoers jostling for position to watch him perform at the Super Bowl-week party dubbed “Homecoming Weekend.” He made a dramatic entrance, darting down an aisle before performing center stage under an airy tent at the Pacific Design Center in West Hollywood, California.

While waiting for Drake, attendees mingled for a couple of hours. But once he arrived, many flocked toward the stage and pulled out their phones to capture the majority of his 45-minute set.

Drake told the crowd that he was initially asked to perform around five songs, but he extended his song list by triple the amount. The rapper said he felt compelled to perform for a longer stint because of where he traveled from.

“They flew me out of like three feet of snow for this, so I got to perform for you,” said Drake, who went on to perform several bangers including “No Friends in the Industry” and “Girls Want Girls” from his recent album “Certified Lover Boy.”

The rap star talked about being able to perform in person and showed appreciation to everyone in attendance.

Drake went on to perform his other hits including “Controlla,” “God’s Plan,” “Too Much” and “Passionfruit.” He surprised the crowd with a guest appearance by Future, who performed “Way 2 Sexy” with Drake before his uber-popular “March Madness.”

At the end, Drake paid homage to Lil Wayne – who watched from section – before closing out his set by playing “I Will Always Love You,” a Dolly Parton song that Whitney Houston made famous. He along with many in the crowd sang every word of the classic melody.

Proof of vaccination was required of the 1,500 guests. Only a few wore masks including Tyson.

The “Homecoming Weekend” show helped cap a full week of entertainment events leading up to Sunday’s Super Bowl at SoFi Stadium in Inglewood, the first in the Los Angeles area in nearly three decades, with the hometown Rams facing off against the Cincinnati Bengals.