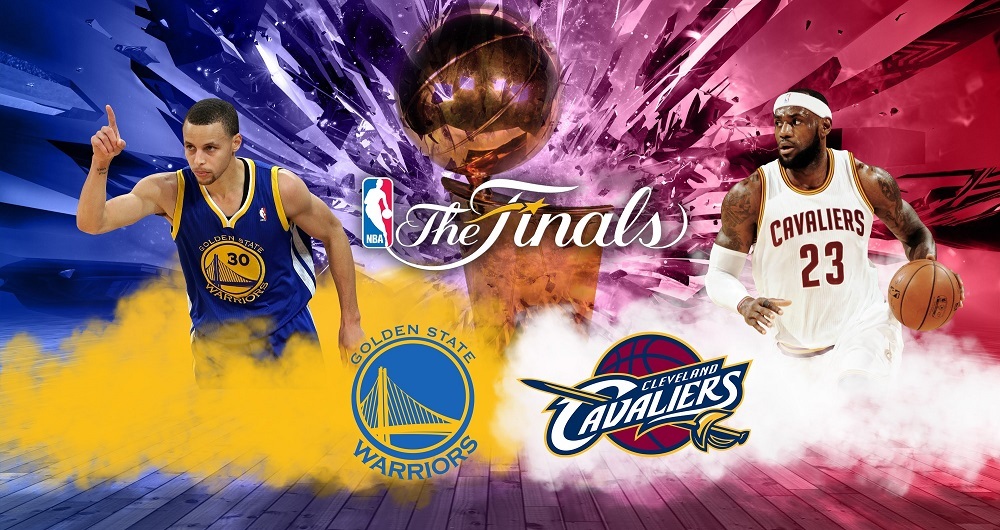 The Golden State Warriors dished out a devastating loss to the OKC Thunder on Monday night. After trailing 3-1 in their best-of-seven series, Golden State rallied back behind a win in Oklahoma City and two home wins from Oakland. The Monday-night victory ended OKC’s impressive run in the 2016 playoffs, one that saw them eliminate the favored San Antonio Spurs in the second round. With OKC gone, that now leaves just two teams remaining in the NBA’s post-season: the Warriors and the Cleveland Cavaliers.

The 2016 NBA Finals will be a rematch of last season’s championship series, one that was won by the Warriors. However, this year the Cavs do not enter the finals down one of their best players. A big development in the 2015 NBA playoffs was the early-round injury to Kevin Love, one that kept him on the bench from mid-first round onward. This year, Love is fit and contributing, and he is a factor that the Warriors will have to deal with. 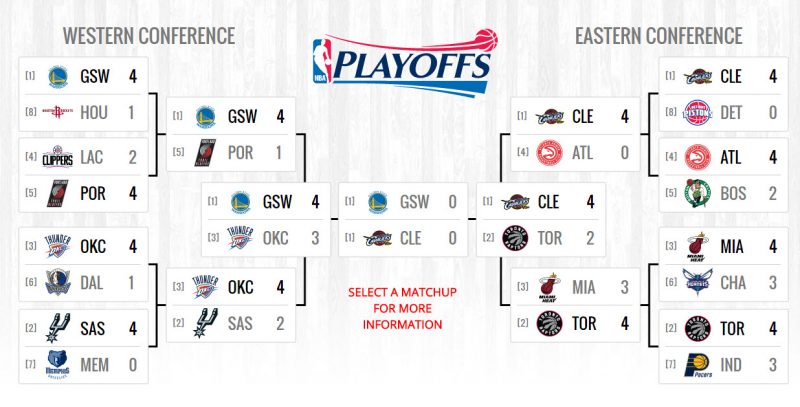 Furthermore, last year the Cavaliers received some terrible luck in Game 1 of the NBA Finals. After missing a shot at the buzzer at the end of regulation in the opener, the Cavs subsequently lost Kyrie Irving in the overtime session. He would not just miss the rest of the NBA Finals, but part of the 2015/16 regular season as well. That meant that the Warriors were looking at a back-up guard for practically the entire series last year. While Matthew Dellavedova’s play won him some fans, he was and still is not of Irving’s caliber.

Whether the Cavs will stay healthy in the NBA Finals remains to be seen of course. However, that they enter the series better off than last year is clear. Following a run of form that has seen them go 12-2 in the first three rounds of the 2016 post-season, the Cavs have to be entering the finals with a feeling of strong optimism. 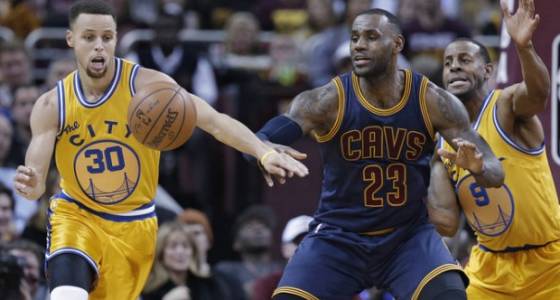 When it comes to individual players under pressure, the 2016 NBA Finals promise to be important for Lebron James’ legacy. The generational talent has been to the NBA Finals on six previous occasions. However, his teams have just two championships in those six appearances, both of which came from time spent in Miami. Should the Cavs lose the 2016 NBA Finals, Lebron would be just 2-5 in the championship series while Steph Curry, the two-time reigning MVP, would be 2-0.

For those that incorporate team achievements into greatest-ever lists (I don’t) such a poor record in the NBA Finals will be considered a major knock against Lebron. In fact, even a 3-4 record wouldn’t be all that impressive given what Kobe Bryant, Michael Jordan, Shaquille O’Neal, and others accomplished when playing as part of teams in the NBA Finals.

The oddsmakers are making the Warriors solid favorites in the series (source: William Hill). A big part of that I’m sure has to do with the fact that Golden State will have the home-court advantage. The Cavs turned in a lot of bad losses in the regular season en route to just a .695 winning percentage. Golden State, on the other hand, overkilled when it came to guaranteeing home-court advantage in the playoffs, posting the best regular-season record ever. Perhaps most relevantly on head-to-heads, Golden State went 2-0 against Cleveland with a blow-out win in Ohio included in that, a result that sent David Blatt packing.

The NBA championship series starts on Thursday and it could be a case of better off just enjoying it then trying to predict it. This truly looks to be a competitive series, but for me, the one point that looms large is one similar to one that Kenny Smith of TNT made in his post-game commentary following Golden State’s elimination of OKC.

The Cavs didn’t really have to face a team as strong as Golden State in the eastern playdowns as they were always facing teams that were considered to have little chance of advancing. Cleveland losing two of three in Toronto makes me wonder if the Cavs can get it done in Oakland, given how much better the Warriors are than the Raptors. Conversely, Golden State coming back from 1-3 is far more impressive than anything Cleveland has done so far in the playoffs. It all beings on June 2.