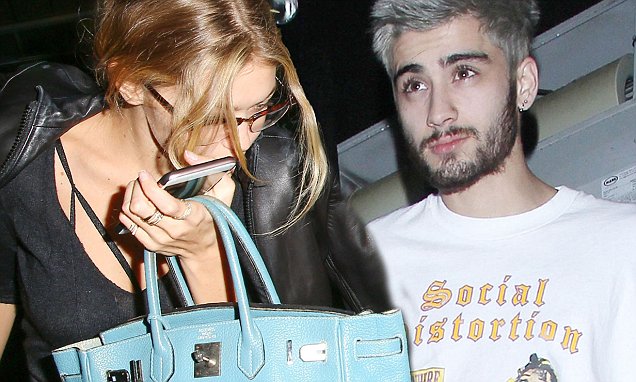 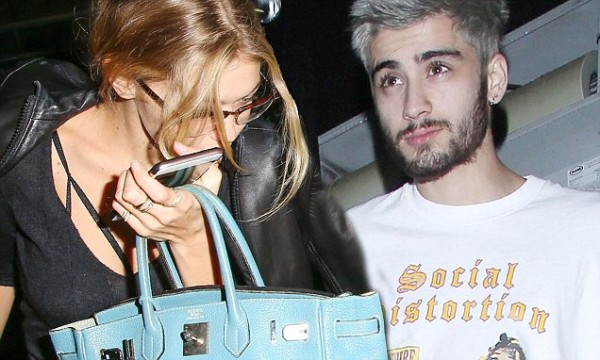 While most people were rushing to conclusions when rumors began appearing that a new romance has sparked between model Gigi Hadid and former One Direction member Zayn Malik, there are now new claims from witnesses that have added fuel to the fire.

On Sunday, Gigi and Zayn were seen leaving West Hollywood’s The Nice Guy (restaurant), after they both attended an after-party for the American Music Awards. Gigi was photographed hopping into Zayn’s car as he pulled up in front of the venue to pick her up.

Now, witnesses are claiming that Zayn and Gigi were out and about together once again on Tuesday night. According to sources, Zayn and Gigi once again dined at The Nice Guy and were joined by Gigi’s younger sister and fellow model, Bella Hadid.

The source goes on to reveal that the two seemed very affectionate, considering they are still going under the cover of being just friends. The source says, “Gigi and Zayn couldn’t keep their hands off each other. They were holding hands under the table, whispering in each other’s ears, and Zayn [was] holding Gigi’s leg. Gigi was so attached to him that she even followed Zayn outside to the patio during a smoke break.”

Another restaurant goer claims that the two “seemed close and comfortable in each other’s company.”

Since Gigi just recently broke up with her boyfriend Joe Jonas, it is unlikely that she will be putting an official label on this new romance anytime soon. 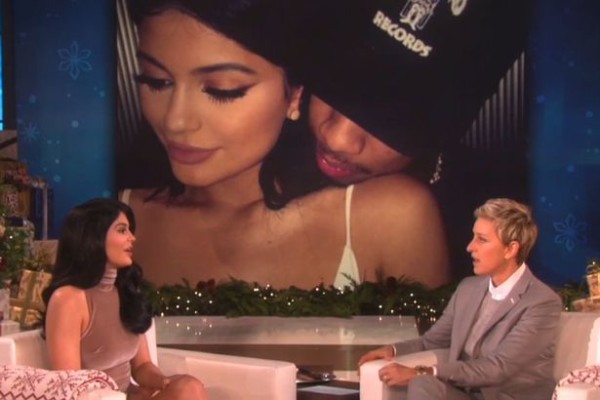 On Wednesday, Kylie Jenner made her first ever appearance on Ellen. During her visit, the young reality star opened up about her relationship with rapper Tyga.

It has been about a week since headlines broke out claiming that Kylie had broken up with her boyfriend on his 26th birthday. This rumor spread quickly, as Kylie and her whole family were missing from all of Tyga’s birthday celebrations.

However on Ellen, Kylie laughs off the speculation. She states, “no, honestly people have it all wrong…we’re not broken up.” She goes on to reveal, “we, just honestly, we became best friends before anything happened, so I think that that’s awesome. And we’re just like. I don’t know. Hanging out. Living life.”

Host Ellen DeGeneres went on to joke about Kylie having to stay with him considering the car he bought her for her 18th birthday. Earlier in the year, Tyga gifted Kylie a brand new Ferrari that is reportedly worth over $240,000.

Although Kylie may be playing off the break-up as simply rumors, her actions seem to suggest otherwise. Considering the Kardashian and Jenner clan is known for throwing extravagant birthdays, it is definitely out of character for Kylie to skip out on Tyga’s big day. In addition, Kylie posted a video to her SnapChat showing her and her mother, Kris Jenner, presenting Tyga with a (very small) birthday cake a few days after his actual birthday. It seems like the family was making up for their absence at his party.

So as much as Kylie wants to present herself as a put-together, mature woman in a relationship, she is still 18-years-old and seems to be in the same on-again/off-again situation with Tyga that many find themselves in at such a young age.