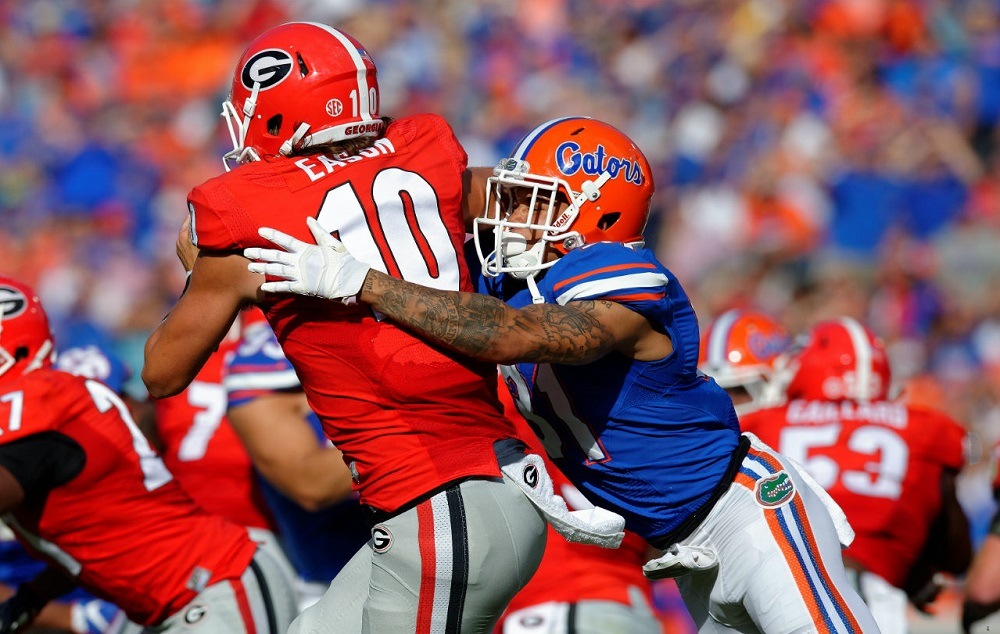 Kirby Smart is not Nick Saban. Georgia Bulldog fans are finding that out the hard way, as their precious team got pounded by Florida on Saturday.

The 24-10 loss was worse than the numbers show. The Bulldogs managed only 21 yards rushing. And if they were facing a team with a real offense, the score would have been 42-10.

The Dawgs are now 4-4 on the season, and all hope is lost, even for what may be the most delusional fanbase in the country.

Many UGA fans believed rookie head coach Kirby Smart would swoop in and revamp a stale Georgia program right away. Those were the most optimistic folks.

Yet even cautious fans who don’t like to risk jinxing their team’s success, believed Smart’s arrival would be a smooth transition from Mark Richt who is now at the “U.”

Smart and the fan base are both finding out an inescapable truth about the SEC. It is a meat grinder SON!

So much so that Mark Richt had to privately feel a sense of relief when he headed off to Miami. Knowing your team isn’t tasked with playing Tennessee, Florida, and Auburn on a yearly basis had to extend Coach Richt’s life expectancy by at least ten years. 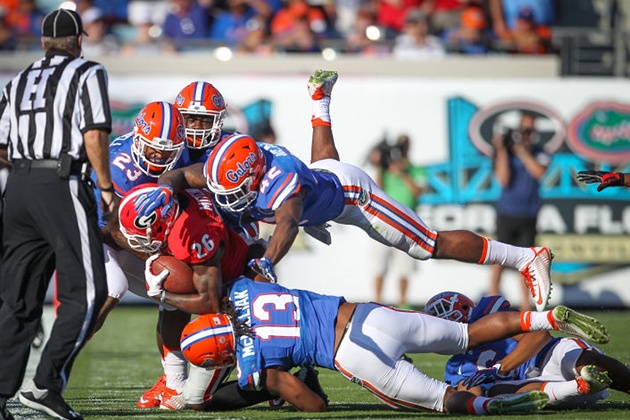 So far in 2016 the Bulldogs have been embarrassed by Ole Miss, shocked by a Tennessee team that was all but beat in Athens in week 5, and humiliated by a home loss to lowly Vanderbilt. No offense Commodores. You guys are just not very good at football. Better than Georgia, but that’s not a compliment in 2016.

Now that Georgia has lost to Florida and fallen to .500 on the year, the question is whether Kirby Smart can even salvage a winning season in his initial campaign.

They have Kentucky next week who looks very sharp at this point in the year.

After that, the only easy game (one would think) is versus Louisiana-Lafayette. In the other two matchups, they could lose badly to a peaking Auburn team. Then their most hated rival, Georgia Tech could hand them another loss to end the year.

It would not shock me if the Bulldogs wound up with a terrible 5-7 season. At this point, it wouldn’t even come as a surprise to the face-painting diehards in the stands, whose expectations were out of whack from the start of the year.

If that happens, can Dawg Nation find any silver linings to this rookie campaign of Kirby Smart?

Just look at what Nick Saban did when he arrived at LSU.

Saban’s rookie season at Alabama was a disgrace when compared to what the greatest college football program in America had done prior and has done in the past few years.

But obviously, Saban got things going his way at both LSU and Bama.

So while Kirby Smart is no Nick Saban, UGA fans can look on the bright side. Nick Saban wasn’t the football deity he is today, back when he lead his Crimson Tide to a meager 7-6 record in 2007.

There are better days ahead for Smart and the Georgia Bulldogs. Letting a steady man like Mark Richt walk away was bound to result in some painful transitions. The next couple years will test the patience of a fanbase that has shown very little over the years.

Fans and alumni had better focus on winning the SEC East and forget about National Titles for the time being. The former is hard enough to do without getting cobbed up with delusions of the latter.