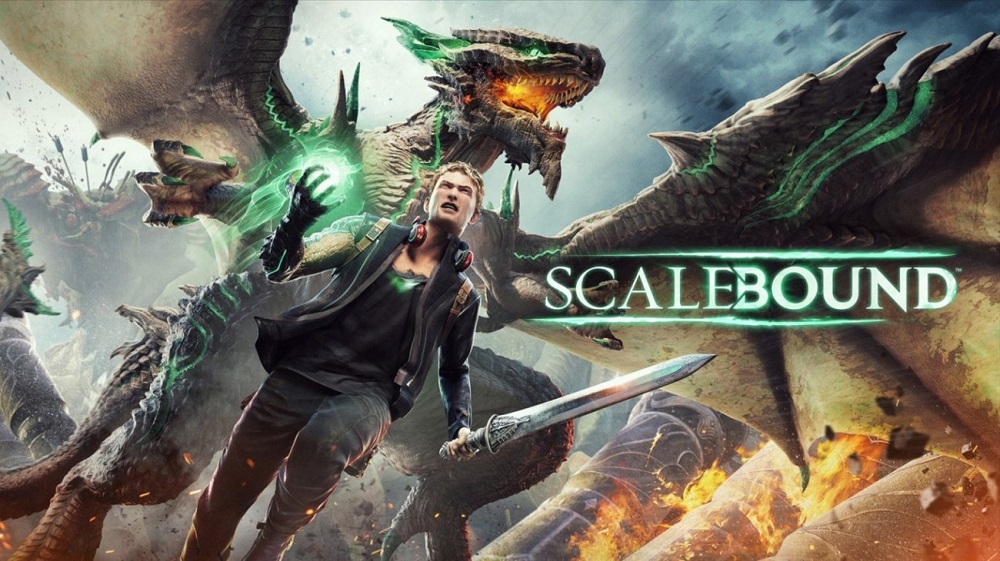 For video game fans, the story of this week’s news and developments was likely Nintendo’s outstanding and all-encompassing Switch reveal, which provided information on the upcoming system’s release, price point, and more. Additionally, a high-profile Xbox One-exclusive title was canceled, and Final Fantasy 15 hit a sales milestone.

In other words, this week was one of extreme positives and negatives for video-game companies. Nevertheless, let’s recap the past seven days’ video game news! 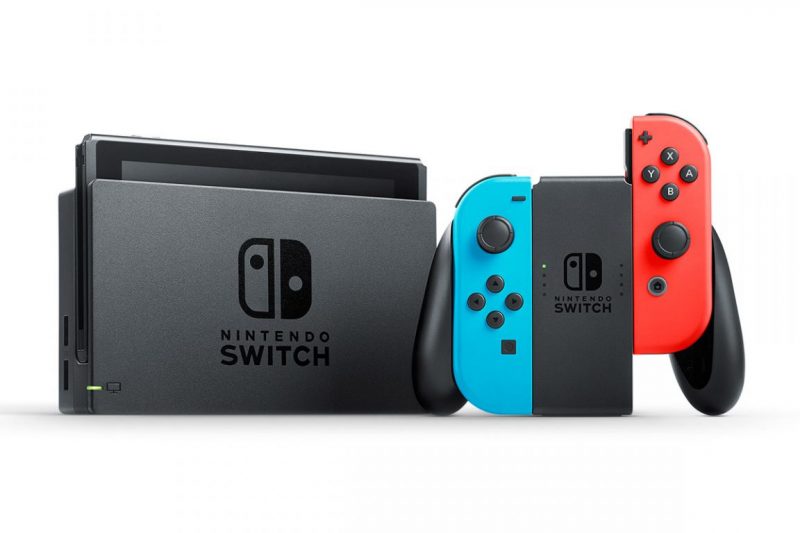 Nintendo’s highly anticipated reveal of its upcoming Switch console provided gamers with an abundance of information to digest.

First, the gaming giant revealed that the console will be available sooner rather than later, and is currently slated for a March 3, 2017 release. Additionally, Nintendo took the opportunity to highlight the unit’s price, which will be $299 for stateside players and around $350 for a bundle including an extra controller.

As was made clear by the Switch’s subsequent presentation segments, including demonstrations of some of its games, the unique idea behind the console and the excitement with which it’s executed will make for enjoyable playing; there’s also little doubt that its touted first-party games will be anything less than incredible. However, whether or not players will rush out to purchase a base console which costs more than the (current prices of the) PS4 and Xbox One remains to be seen; this point is the source of ample disagreements and verbal throw-downs amongst industry experts and loyal fans alike.

New to the Switch—and Nintendo consoles—is an online play subscription service similar in nature to PlayStation Plus and Xbox Live, which is required to experience multiplayer functions within games. After a free “testing window” following the console’s release, system owners will be required to purchase the service if they wish to play online. A price has not yet been specified for this service, but Nintendo revealed that it will include a free NES or SNES game every month.

Let’s hope this service is much cheaper than Live and Plus because as we know, Sony and Microsoft provide a lot more than a single game to subscribers; Nintendo should adopt a value-minded approach.

Nintendo also took the time to highlight the Switch’s numerous performance-related capabilities. Its detachable and portable screen will, notably, run in 720p, and equally as important, will boast a roughly six-hour charge time. Detachable Joy-Con controllers appear to be ultra-responsive, and further complement the countless variety of ways to play the Switch (with a traditional controller, with these detachable motion controllers, and with the built-in touch screen).

One of the most overlooked components of the Switch press conference related to the system’s regional capabilities: for the first time ever, Nintendo will release a completely region-free console (home console, that is; the DS isn’t region locked but the 3DS is). This remarkable news means games like Fatal Frame, Another Code R, and The Yakuza Collection, to name just some Wii and Wii U titles available only in Japan and/or Europe, would have been playable on stateside consoles had they been region-free like the Switch. Because Nintendo has such a robust international catalogue, the magnitude of this feature cannot be understated.

Finally, Nintendo took a fairly in-depth look at the Switch’s games, and some of the titles revealed are undeniably appealing.

First, the upcoming Zelda game most everyone’s looking forward to playing, The Legend of Zelda: Breath of the Wild, will hit store shelves in tandem with the Switch’s March 3 release. This title will single-handedly drive-up Switch sales, as it looks to be one of the always-awesome series’ best entries to date. It’s also worth noting, for those interested in playing BotW but not in shelling out for a Switch right away, that a Wii U version will drop on the same day.

Next, Nintendo announced two intriguing first-party titles, 1-2 Switch and Arms. The former is a fast-moving quick-draw title designed to pit players against one another and utilize the Switch’s detachable controllers, and the latter is a crazy-looking fighting game wherein characters’ arms extend on slinky-like attachments as punches are thrown. The player must time his or her blows, throw different styles of punches, and even turn his or her fists to defeat the opposition in Arms, which makes full use of the Switch’s responsive controls.

Splatoon 2, the sequel to the popular Wii U-exclusive action shooter Splatoon, was also announced for the Switch, and is scheduled to come out in Summer 2017. The brief gameplay shown and information revealed indicates that this will be a quality sequel to a solid game and a great way to attract Switch buyers.

Super Mario Odyssey may have been the most imaginative and attention-grabbing game showcased in the Switch press conference. In this open-world Mario adventure, players will explore countless landscapes and areas—most notably, the city—while having fun with numerous fresh features, many of which were presented in the trailer. A release date (or even a window) wasn’t given for this one, but anyone who has ever played a Mario game should check out this trailer immediately.

The previously mentioned Skyrim Switch was also made official at the event. A revamped and complete version of the remarkable RPG will be made available on Nintendo’s new console, marking the first time an Elder Scrolls game will be launched for one of their systems.

Back to first-party support, Nintendo also announced Xenoblade 2 and Fire Emblem Warriors, and although these appealing games aren’t a new F-Zero entry, they look pretty incredible.  Additionally, Mario Kart 8: Deluxe will bring the last Mario Kart entry, which was generally considered to be the best in quite a while, to the Switch along with bonus content.

Also announced for the Switch were titles like Sonic Mania, a brand-new (hopefully good) offering from Sega, Super Bomberman-R, a new, unnamed Shin Megami Tensei installment, and Puyo Puyo Tetris. Electronic Arts provided a commitment that its long-running, ultra-popular soccer series, FIFA, would appear on the Switch as well.

Overall, Nintendo’s big Switch press conference wasn’t amazing, but it did once again contain some significant and positive points that will aid the console’s sales. Excellent first-party support in the form of Mario Odyssey, Xenoblade 2, Fire Emblem, Mario Kart 8 Deluxe, and Splatoon 2 coordinated well with a touch of third-party commitment, but Nintendo missed the mark, in my opinion, in not booking the highest-profile third party games for the Switch.

Imagine how much excitement would have been created if Nintendo announced that massive franchises like Grand Theft Auto, Call of Duty, and Battlefield were to appear on the system. The appeal in purchasing said series on the Switch would be a different way to play (in comparison to the PS4 and Xbox One). To take things a step further, Nintendo could have shelled out cash to revitalize franchises which haven’t seen a new entry launch in years, but would likely do very well today. For example, Bully 2 won’t make as much money as Red Dead or Grand Theft Auto, but with some financial incentive from Nintendo for exclusive development, it could certainly be profitable for both Rockstar and the former.

The other area where Nintendo likely missed the mark is the Switch’s pricing. While it’s true that the PS4 and Xbox One base models cost much more at launch than they do today, their current low prices—close to or less than $250 and dropping—will probably present a formidable dilemma to consumers as they decide between a $300 console with limited titles available to play and a less-expensive system with a vast library of games to choose from.

Whatever happens, and however the Switch sells, there’s no denying that Nintendo is trying something new and exciting—and in the video-game industry of 2017, that’s a cool thing. 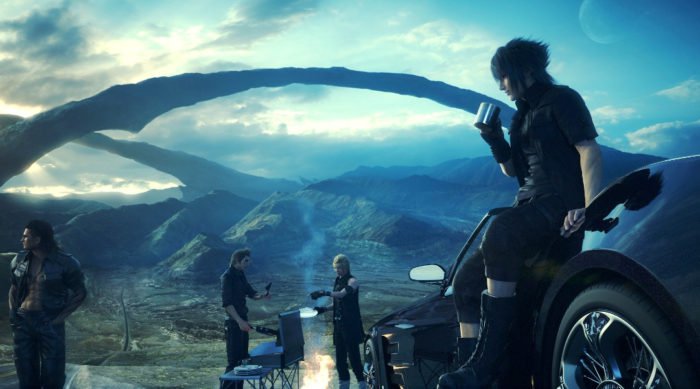 The latest entry in Square Enix’s long-running, and evidently popular, Final Fantasy series has sold over six million units to date. Especially because the game was just released on November 29, 2016 and was surrounded by relatively negative press during this time, these numbers are phenomenal.

More than attesting to the popularity and strength of the Final Fantasy series after all these years, the mentioned top-notch sales figures demonstrate that Square Enix has found a way to seamlessly and profitably transition from an old-school developer into a real player in today’s fast-paced video-game landscape—something countless other companies haven’t been able to do.

The anticipated Xbox One-exclusive action RPG Scalebound has ceased development; it was revealed this week.

PlatinumGames had been crafting the highly intriguing title since 2013. However, the always-busy studio is working on multiple games at any given time, and therefore, it’s unclear how much time and effort they put into Scalebound.

Regardless, Microsoft executives saw something they didn’t like in the development process, and they decided to pull the plug on the game altogether. Hopefully the true reason for this exclusive offering’s cancellation—be it slow development, high production costs, perceived low quality, a combination of these reasons, or a different one altogether—will be revealed in the future.

For now, Xbox One owners should drown their sorrows by spending an evening alongside JD Phoenix and his crew.

This week in gaming was spectacular, and with Gravity Rush 2 releasing on January 18 and Resident Evil 7 launching on January 28, there’s plenty more for gamers to anticipate in the near future.

Thanks for reading, and we’ll see you next week!