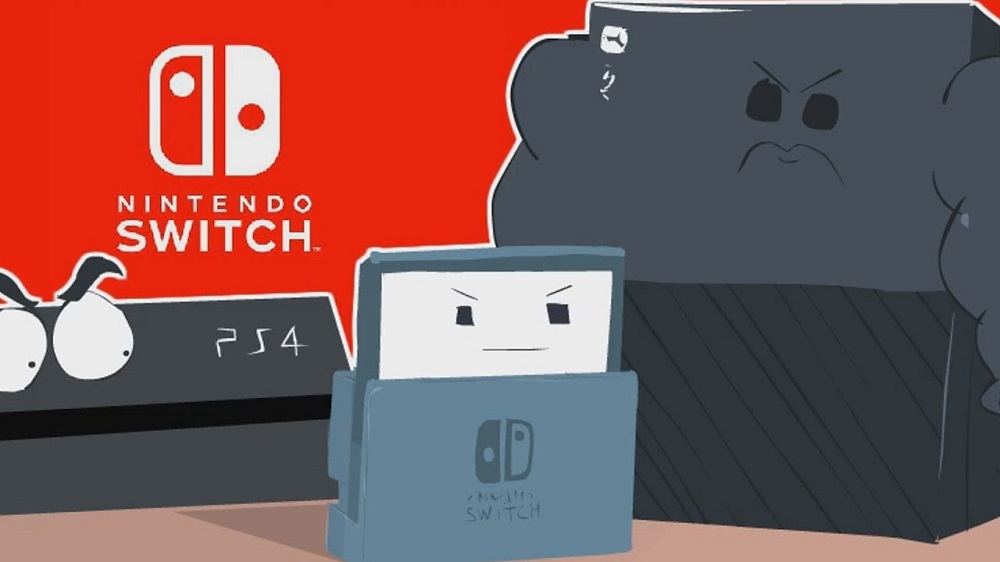 This week in gaming was mainly populated by Nintendo Switch headlines, although some solid new releases (Steep and Super Mario Run), along with some great deals, presented something for every type of fan to enjoy.

Let’s recap everything video game-related from the past seven days! 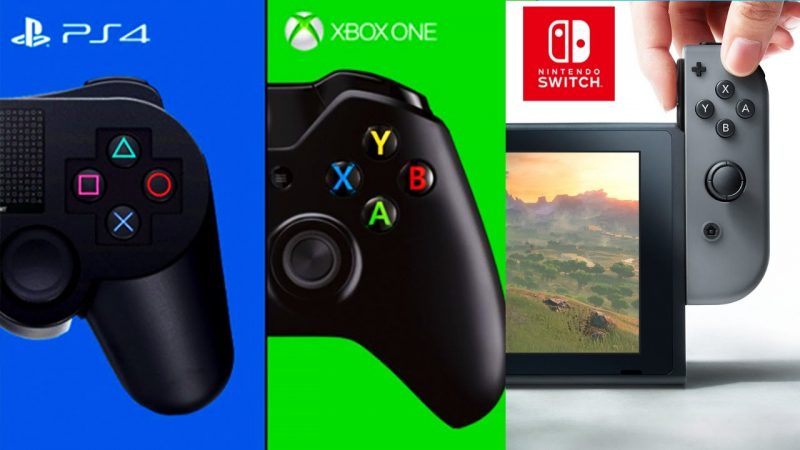 Nintendo Switch Specs Reveal It’s Stronger Than the Wii U, Weaker Than the PS4, in Some Ways

Some technical specifications for the upcoming Nintendo Switch console were revealed this week, in a surprise leak.

I don’t know exactly what a teraflop is, to be honest, but I have gathered that it’s the unit used to measure a system’s general power. Early this week, numerous reports indicated that the Nintendo Switch will have more than one teraflop of power, compared to 1.3 for the Xbox One, 1.8 for the PS4, and 4.2 and 6 for the PS4 Pro and Xbox Scorpio, respectively.

While this news is freaking a ton of fans out, as they believe the Switch will be too weak, it’s important to keep a few points in mind; these points should calm most of the frantic worriers (and naysayers) down.

First, the Wii didn’t even have an HDMI output, and that didn’t stop it from being a massive profit generator, in addition to being home to a large number of outstanding games. To combat the inevitable, sarcastic question of “What outstanding games?”, here are just some of them: Super Smash Bros Brawl, Mario Kart Wii, Deadly Creatures, Madworld, No More Heroes, Cursed Mountain, Mario Galaxy, The Conduit, and many others).

Second, because consoles boast predetermined builds, developers can maximize the quality of the games that run on them thanks to their all-encompassing knowledge of their interior molds. For instance, the PS4 isn’t as strong as quite a few high-end gaming PCs, but Naughty Dog was able to use their understanding of its components and build to make Uncharted 4 look and play better than many PC-exclusive titles.

Finally, it should be noted that there are several other indicators of power and capabilities, in terms of components, that have yet to be revealed.

This information is a good start, but we’ll need to wait until an exact definition of the Switch’s composition has been noted by Nintendo to make an assumption, and until games are released for the console to make a judgement.

Media Molecule, the studio behind LittleBigPlanet and Tearaway, is crafting an intriguing game, Dreams, as their next big, high-profile release. Summarizing Dreams in a single sentence is tough, but basically, it’s an all-encompassing user-creation title that provides players with the ability to enjoy levels created by others or make their very own stages—with the most robust creation capabilities to ever hit consoles at their disposal.

Unfortunately, the innovative PS4-exclusive encountered a small snag this week, as its beta—which was expected to become available on the PlayStation Store this year—was pushed back to early 2017. Media Molecule revealed the news on their official blog.

While this is disappointing in the short term because Dreams once again looks so unique and impressive, it will likely work to benefit fans in the long run, as additional features and layers of polish are added to the colossal final game (and the beta).

Now we have something else to look forward to early next year, in addition to a new console, Resident Evil 7, Horizon Zero Dawn, and other games.

Nintendo’s latest iOS and Android mobile game and first Mario-themed phone title, Super Mario Run, released for free this week (the upgraded version does cost $10). Download numbers look to have been positive so far, and critical reviews have been generally flattering.

Granted, I’m not sure there’s a reason for video-game websites to “review” a free (to play; once again, the full edition costs ten dollars) mobile title other than quick clicks, but nevertheless, they’ve let their critical opinions be known.

Yes, yes, some fans will want to find out from critics whether or not they should spend cash on the full version, but many other fans would appreciate some support when shopping for lesser-known downloadable titles, and they just don’t receive it.

Seriously though, it’s interesting to see that Nintendo has fully embraced mobile (non-DS, that is) games, and how they move forward from here should be closely followed by their fans. Because as I’ve said in the past, Nintendo may very well become addicted to the prospect of making lots of money on “games” that require minimal development funds, effort, marketing, and time to launch. 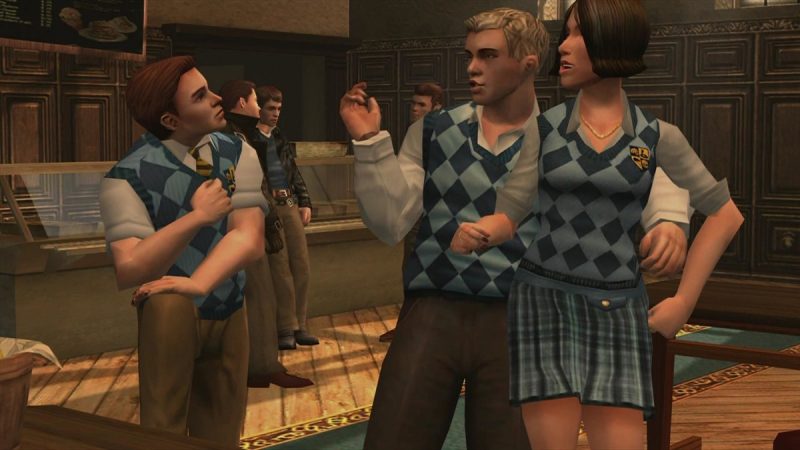 The Xbox One added a trio of new titles to its backward compatibility line up this week: Bully: Scholarship Edition, Catherine, and Raskulls.

Catherine is an awesome puzzle, adventure, and anime title that I bought at release. Despite not being the type of game I usually play, I was both entertained and impressed by it.

Bully: Scholarship Edition is a top-quality Rockstar product, as I said last week, and this backward compatibility update is an additional component of the original Bully’s ten-year anniversary celebration. Now, how about a Bully 2 announcement?

I have yet to play Raskulls, but it looks appealing.

To date, over three hundred Xbox 360 games have been made backward compatible with the Xbox One—a noteworthy, profitable, and fan-friendly point. 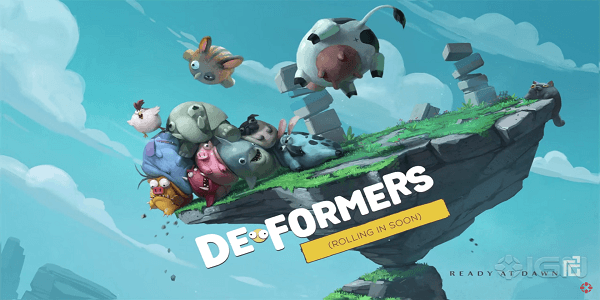 Ready At Dawn’s Deformers Slated For A February 2017 Launch

Ready At Dawn, the excellent studio made by ex-Blizzard and Naughty Dog employees, has announced a release date for its first-ever multiplatform title; Deformers, a fast-paced multiplayer brawler, will become available on February 14, 2017, for the PS4, Xbox One, and PC.

The game’s trailer is attention-grabbing, and it’s good to see that Ready At Dawn isn’t limiting the variety and creativity of their products. Furthermore, their semi-panned but commercially successful The Order: 1886 was actually a pretty fun experience, contrary to what many fans and critics have said. Sure, its writing and set up could have been better, but the technical properties (graphics, gameplay, etc.) of The Order are remarkable

The point is, Deformers, and all of Ready At Dawn’s future games, are worth following moving forward. 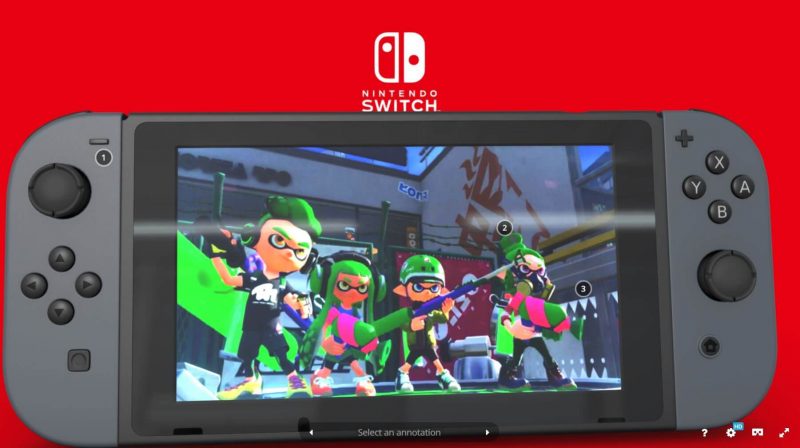 Fans eager to get their hands on Nintendo’s upcoming Switch console will be able to do so during a multi-month tour they announced this week, where free demos of the system will be offered in select cities. Thus, if expected attendance rates of ten thousand or so are met, and Nintendo’s rumored three consoles per event number is accurate, each fan at each individual event will be able to play the system for one minute sometime in the span of two and one-third days!

I’m just kidding, of course—let’s hope Nintendo doesn’t limit the availability of their upcoming console at events they’re voluntarily holding! The scheduled Switch tour locations and dates are as follows:

Each stop will last three days, as is clear from the listed dates, although only the final day of each tour leg will be open to the public; the other two will be invitation-only. It appears as though these invitations have already been issued to some My Nintendo members in the selected cities.

This is an intriguing way to promote the Switch, although I truly believe interest in said events will depend, in part, on the excitement and quantity of games announced during the system’s big January 12 press conference, in addition to its price.

Keep gaming, keep checking in at Movie TV Tech Geeks for all the latest tech and video game news, and keep hoping you’ll receive whatever game(s) you wanted, but didn’t decide to buy as a present!