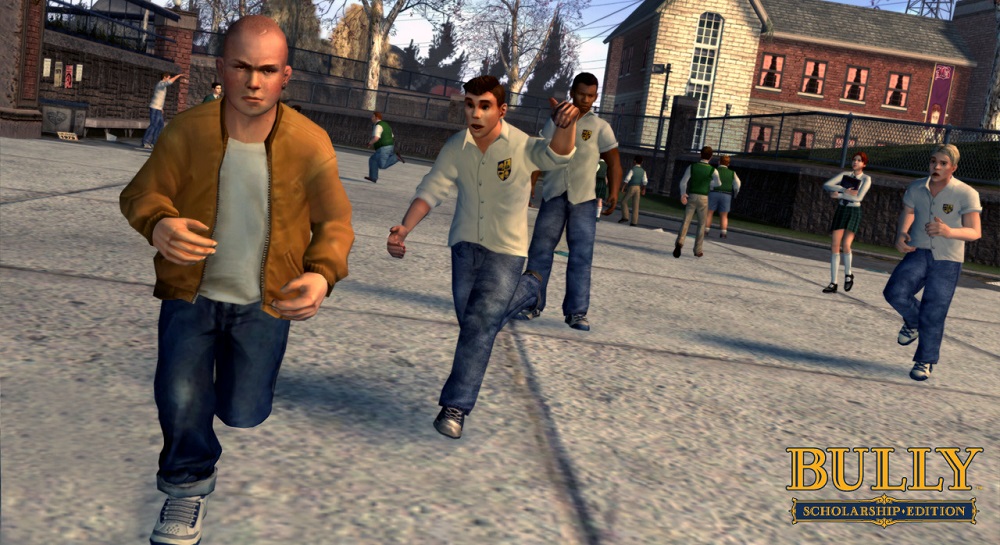 This week in gaming was excellent, as fans were able to enjoy high-quality, newly released titles in The Last Guardian and Dead Rising 4, and some interesting developments also captured the attention of many gamers.

Let’s recap all the video-game-related news from the past seven days! 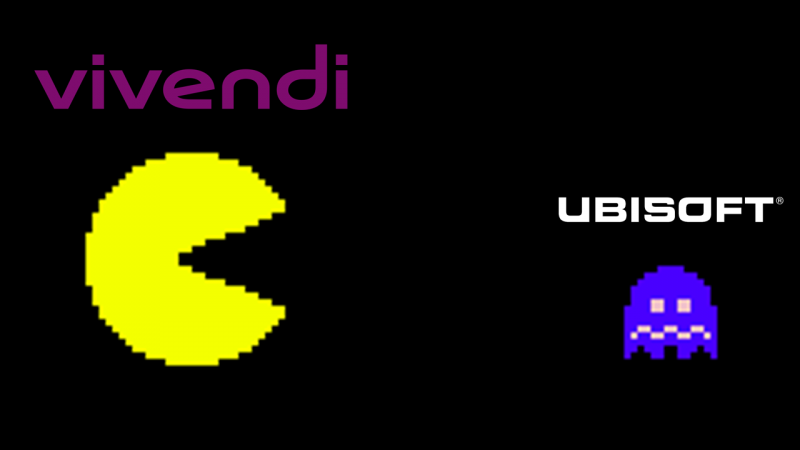 In another worrying development for Ubisoft executives, it was revealed this week that French conglomerate Vivendi has purchased additional stock in the company. Especially during the last year, Vivendi has turned up the heat on Ubisoft by buying more and more shares of the publicly traded video game company. Ubisoft higher-ups and spokespersons alike have continually noted that this “interest” is not desired on their end.

That hasn’t stopped Vivendi, as after this latest stock purchase, the multi-billion-dollar entity owns over one-quarter of Ubisoft, and therefore has substantial voting rights on the company’s board.

I’ve stated in the past that there really isn’t much room for Vivendi to turn a profit by “streamlining” Ubisoft’s work, as the Assassin’s Creed developer has, for instance, released ten AC series entries since 2012, in addition to numerous books; a feature film will hit the big screen on December 21, and Netflix is in talks to craft a television program based on the franchise.

But evidently, they see value in Ubisoft, but more than that, Vivendi sees room for growth in Ubisoft. I’m not sure I do as well, but then again, I’m not a billionaire! Furthermore, whether you’re a company executive, a lowly writer like me, or something in between, this episode is worth monitoring closely. 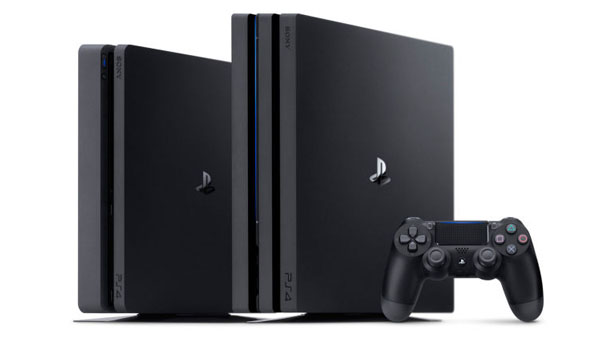 Sony’s PlayStation 4 cracked a significant milestone this week by selling over fifty million units worldwide. Especially as the console launched just three years ago in late 2013, this is a massive, massive achievement.

For reference, Wii U sales have hovered around thirteen million for some time, and although this number is unimpressive, Nintendo has been rather upfront about it; Microsoft, inversely, has remained tight-lipped on Xbox One figures, as the capable system has reportedly been underwhelming commercially. However, it’s worth mentioning that the One has sold more units than the PS4 in most of the last six months.

The PS4 is awesome, but it’s tough to say how much of the console’s sales lead is because of its perceived quality by gamers, and how much of its lead is the result of Microsoft’s decidedly poor One rollout (remember the used-game policy and initial Kinect requirements?). Even though Microsoft remedied these issues, their mere existence could have resonated with many potential customers.

Nevertheless, the PS4’s lead is by no means permanent or set in stone, especially as more first-party titles are set to release from each leading video-game company, Nintendo’s Switch is preparing to launch, and upgraded consoles are just getting rolling. Still, these figures are undeniably interesting. Having prices dropping for the holidays also helps push it more which you can check out here.

I make it a point to mention these titles because it almost seems like Sony doesn’t want you to download them, for some reason. Or, at the very least, they don’t advertise the free games as much as they should. Coming from someone who normally has nothing but compliments for Sony’s work, I can wholeheartedly say that Microsoft’s One layout makes it much, much easier to download Games with Gold.

Granted, finding and downloading PS Plus games isn’t rocket science, but looking for them takes longer than it needs to. 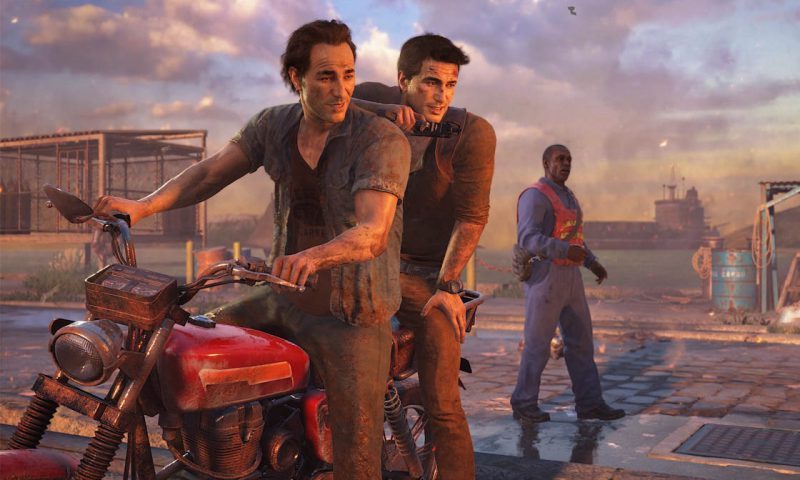 Nathan Drake loves to keep his fans coming back for more action, and with Naughty Dog helping him out in doing so, it looks like the Uncharted 4 online universe will remain populated into the foreseeable future.

It was revealed this week that Naughty Dog’s previously announced free downloadable content package, which includes an all-new survival mode (and looks a lot like an innovated, upgraded Horde), as well as “new maps, mode, weapons, and more,” will be available on December 13.

I’ve said it numerous times already, and I’ll say it again: Uncharted 4 is an outstanding game and a remarkable technical achievement, and all of this free content Naughty Dog has been generous to release is just a huge cherry on top.

Third-Party Support Heats Up For The Nintendo Switch

The Wii U’s biggest hurdle was undoubtedly third-party support, which for one reason or another—or perhaps the culmination of multiple reasons—failed to take off. Nintendo is evidently working hard to avoid a similar situation for their soon-to-be-released Switch system, and two newly announced exclusives are a positive sign that their efforts are paying off.

Seasons of Heaven is an intriguing action-adventure title being crafted by independent studio AnyArts, which is based in France. The game is based upon a book of the same name, and at the moment, no gameplay footage is available. Seasons of Heaven will launch exclusively on the Switch in 2018.

Additionally, The Sacred Hero, which also appears to be an action-adventure title of some sort, will hit store shelves in 2018, on the Switch and PC. A brief but noteworthy trailer can be viewed presently.

These recently announced titles are in addition to three planned THQ games, as well as a port of The Elder Scrolls V: Skyrim. Accordingly, even though there are still many large, Switch-related developments and details on the horizon, the console is already equipped with significant third-party support that has surpassed that of the Wii U. 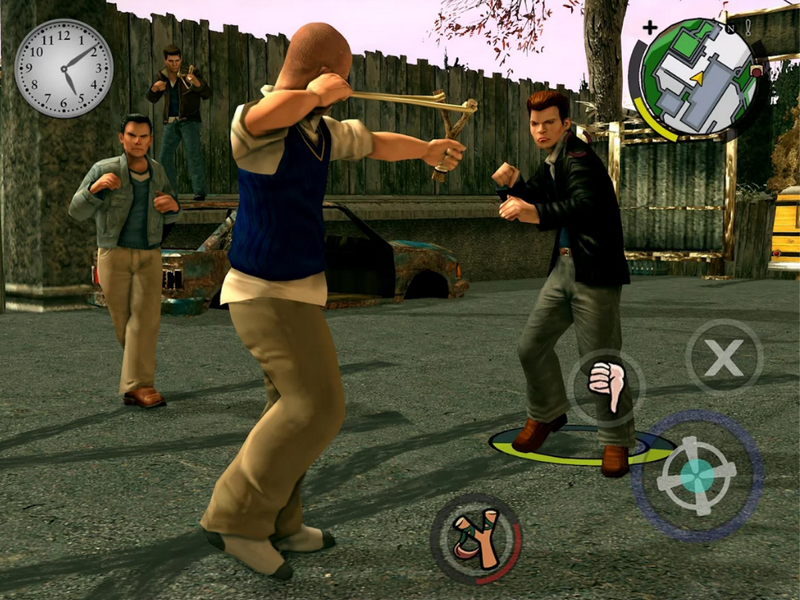 One of the most underrated and underappreciated titles to ever be created by the world-famous video game company Rockstar Games, Bully, is celebrating its tenth anniversary with an iOS and Android re-release.

Costing just seven dollars, this brand new trip to Bullworth Academy is worth checking out for anyone who missed the game on the PS2, Xbox 360, and/or Wii, anyone who enjoys quality mobile games, and/or anyone who loves wreaking havoc with Jimmy.

Hopefully these consistent Bully rereleases are indicative of an upcoming sequel. The initial 2006 release sold reasonably well, and each of these upgraded versions has evidently been finally successful. Otherwise, Rockstar wouldn’t continually create them! Additionally, some reports did arise a few years back about a new series entry being in the works. These reports, unfortunately, didn’t offer any concrete details.

Time will tell whether or not Rockstar is going to make fans all around the world happy with Bully 2, but in the meantime, fans who once again have yet to play the original should do so immediately—on a console or a mobile device. It truly is one of the best games ever made.

This week in gaming was solid, and as usual, there’s plenty to look forward to next week—especially in the holiday deals department.