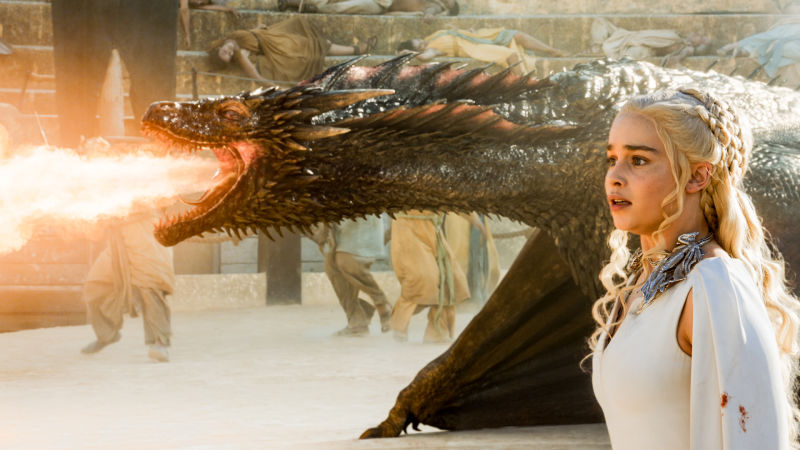 HBO may have needed to call in the FBI for help with the “Game of Thrones” hack, but it looks like diehard fans are avoiding the spoilers at any length.

For many “Game of Thrones” fans, the routine spoilers are bad enough: You miss an episode, then stumble on an unsought plot twist before you’ve had a chance to catch up.

Worse than that is the threat of leaked details, or even a whole episode, by hackers currently targeting HBO and its most doted-on series.

“It’s the worst news since the Red Wedding,” says Camden Wicker, a self-professed “GOT” superfan in San Diego.

But the news isn’t all bad. Despite recent script leaks and an episode prematurely put online by Indian pay-TV, Sunday’s “GOT” airing was the series’ most-watched ever, seen by 10.2 million viewers.

Wicker was one of them. When “GOT”-time arrives each Sunday, “the phones are off,” he says, as he and his flatmates huddle in the front of the screen. Afterward, they talk about the episode. Maybe watch it all over again.

Hacks and leaks can undermine that camaraderie.

“Just when I thought White Walkers were the biggest threat,” he says, “this goes and happens.”

The phone isn’t off for Adiya Taylor of New York.

For her, a big part of watching “GOT” is the collective experience, which for her includes live-tweeting during the hour, then checking Twitter afterward for a group post-mortem.

“Between tweets, the messages in my work Slack group and the articles online the next day, watching at 9 p.m. on Sunday is a lot more fun than watching early for the sake of getting it first,” she says.

Ben Storey is a “GOT” fan who, with his wife, makes Sunday night an appointment for viewing of each “GOT” episode. But he’s also a teacher who has modeled a college course on the mythic world of Westeros.

A lecturer at Indiana University’s Kelley School of Business, Storey teaches an alternate-reality “Game of Thrones” as a way of creating rival business strategies.

“My students learn real-world business lessons from taking part in imaginary scenarios,” he says. “They’ll try negotiations with each other. They’ll try to assassinate each other.”

He acknowledges that many of his students would avail themselves of every scrap of ill-gained information they could. But then, “they would be sad about it,” he says. “Leaks are a major threat to appointment viewing and to the fan community.”

Mike Onorato says his circle of “GOT” confederates falls into two groups: those who don’t want to know and those who do everything they can to find out.

But the latter group is a minority, he says. He counts himself among the former, who insist consuming “GOT” in its prescribed weekly doses.

“I look so forward to Sunday nights,” says Onorato. “Cheating to learn what’s going to happen is akin to snooping to find the Christmas gifts before Christmas morning.

“Having to wait is part of the fun,” he says, “and then debating with your friends what it all meant and trying to predict what will happen next.”

Onorato, who works in public relations in Cranford, New Jersey, loves to bring the discussion of each Sunday-night airing to his office Monday morning.

“But if someone didn’t watch yet,” he adds, “you close the door so you don’t ruin it for that person.”

Among these “GOT” faithful there’s a dedication to keeping it pure that no leaks or hacks can betray. As Onorato puts it: “We’re all in this together.”