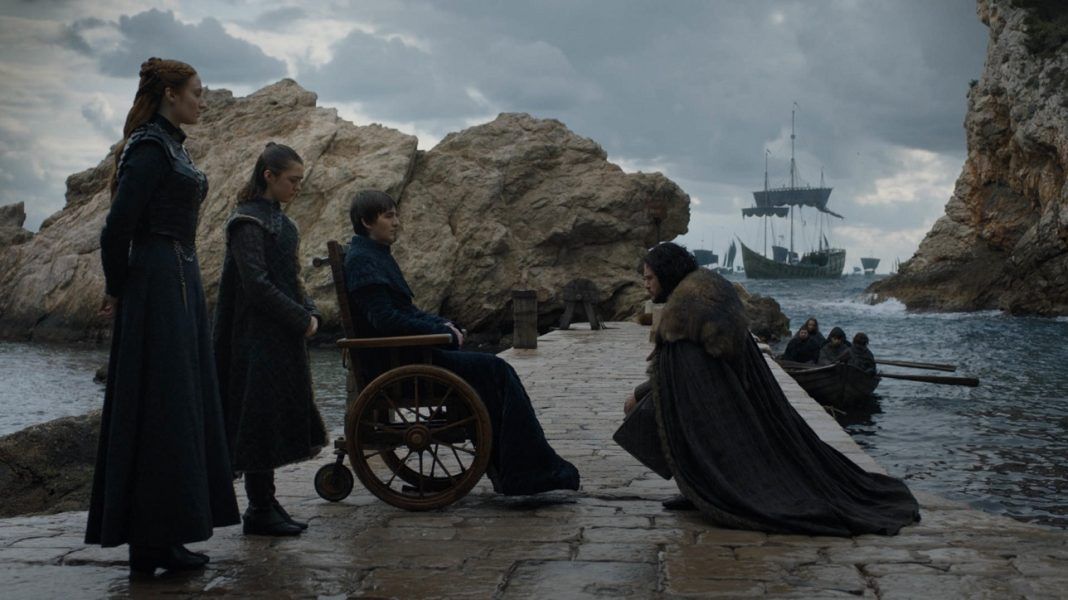 “Game of Thrones” fans have always been vocal, but none more than in the final season with some even creating a petition for HBO to redo the entire final season. Naturally with the series finale on Sunday, many fans are still being kept up late at night pondering it all. We wanted to wait a few days to see how fans felt after the initial jolt of the show ending hit them.

As expected, GoT ended with Fire raining down and heads rolling. Of course, there was plenty of punishment, banishment and retribution. And that was just from the fans.

“Game of Thrones” aired its 73rd and final episode Sunday night, showing its gift for drawing record-setting numbers of viewers and for leaving those viewers deeply divided about the results, as they have been for finales from “Seinfeld” to “The Sopranos” to “Lost.”

The final episode of “Game of Thrones” at least brought some clear winners, at least one clear loser and a major upset.

Be Warned: There Are Spoilers Ahead

Brandon Stark, who until recently appeared happy to remain a mystic philosopher forever, instead becomes philosopher-king, Bran the Broken.

Yet he doesn’t get to sit on the Iron Throne (a dragon melted that) or rule the Seven Kingdoms (his sister Sansa broke one off to become queen of an independent North.)

And Daenerys Targaryen became the last of the show’s many, many major character deaths, given a Shakespearean send-off by Jon Snow, who watched her burn thousands of innocents and believed she had become a mad tyrant.

“You are my queen, now and always,” Jon says to Daenerys as he shoves a dagger into her, giving her what may have been the shortest reign of any monarch in Westeros.

It was the endgame of a heel-turn from a week earlier that brought more fan outrage than any other moment in the always provocative show.

Actress Emilia Clarke, who plays the role of Daenerys, told Entertainment Weekly that she cried when she first read the script in 2017 but defended the arc in the end, saying it was true to the character and she found her final moments “beautiful and touching.”

“Hopefully, what you’ll see in that last moment as she’s dying is: There’s the vulnerability — there’s the little girl you met in season 1,” Clarke said.

The negative reaction spilled into the finale, with fans on Twitter in particular expressing outrage about the outcome, even if many agreed it was reflective of the way the unjust real world works.

“Good morning to everybody except Bran,” columnist Jemele Hill tweeted Monday, “who despite being a wack archer, sending Hodor and Theon to their deaths and chilling next to a fire while everybody was fighting, got to the king.”

The episode’s leaps from big event to big event to tie up its many plot threads did nothing to quiet criticism that the show that made its name on carefully meandering storytelling had given that up in the final two seasons in favor of attempts to please.

“Like most of Season 8, it felt like a Wikipedia summary more than a full story being told,” Gina Carbone of CinemaBlend wrote.

Critics were genuinely divided. The episode had a 57 percent fresh score among reviewers on Rotten Tomatoes, and even positive reviews acknowledged the impossibility of pulling off an ending that would be broadly satisfying.

“It was everything nobody wanted, but it was still quite a thing: adequately just, narratively symmetrical and sufficiently poignant,” Hank Stuever wrote in the Washington Post.

Regardless of how fans felt about the final season, they never stopped watching.

The finale brought in 19.3 million viewers across HBO’s platforms, topping the previous episode’s 18.4 million to make it the most-viewed episode of any kind in the channel’s history.

Just after it aired on the East Coast, nine of Twitter’s top 10 trending topics were related to the show.

Fans also noticed another gaffe, a plastic water bottle at the feet of Samwell Tarly, like the paper coffee cup clearly visible on a table next to Daenerys earlier in the season.

The show had a full-circle ending of sorts. Bran’s surprise ascent to the throne would have been no shock at all to viewers just after the show’s first episode — where he is clearly marked as a chosen figure, forced to witness a beheading by a father teaching him the ways of the world, and pushed from a high window only to survive, paralyzed.

He then over several seasons, while missing from the story for long stretches, became a mystical seer known as the Three-eyed Raven, with an essential role but distant presence and personality.

In the finale, a council of the remaining nobles of Westeros votes for Bran after a suggestion and major speech from Tyrion Lannister.

“People love stories,” Tyrion says. “Who has a better story than Bran the Broken?”

(His sisters, just to name two, many fans thought.)

“I find it an extraordinary character arc to see him go from a vulnerable character totally dependent on others to the one person who holds all the keys to understanding the world,” he wrote Monday in The Hollywood Reporter.

Jon Snow also came full circle on the show. As punishment for becoming a queen slayer, he returns to the great northern Wall, the same journey he made when the series began, and is reunited with his dire wolf Ghost, whom he met in episode one. He also finds a spot again among the Wildlings, or “free folk,” as they head north beyond the wall.

Sansa’s crowning as queen of the North was as predictable as the finale got — she’d clearly been headed for the role for a while.

While the night brought a big end for “Thrones” fans, its universe was far from over.

Author George R.R. Martin still intends to finish and release two more books in the series after the show passed him by years ago.

And spin-offs are in the planning stages. One pilot in production takes place in the same realm thousands of years earlier, and the finale might have hinted at another possibility.

Arya Stark, who saved humanity early in the season, decides to sail on to unknown lands, and her departure on a ship is among the series’ final images.

“What’s west of Westeros?” she asks her Stark siblings. “No one knows. It’s where all the maps stop. It’s where I’m going.”

TV comedy writer Bess Kalb expressed a common response to this idea on Twitter: “Will watch Arya the Explorya.”

Now, will fans be ready to jump on to the “Game of Thrones” prequels now?