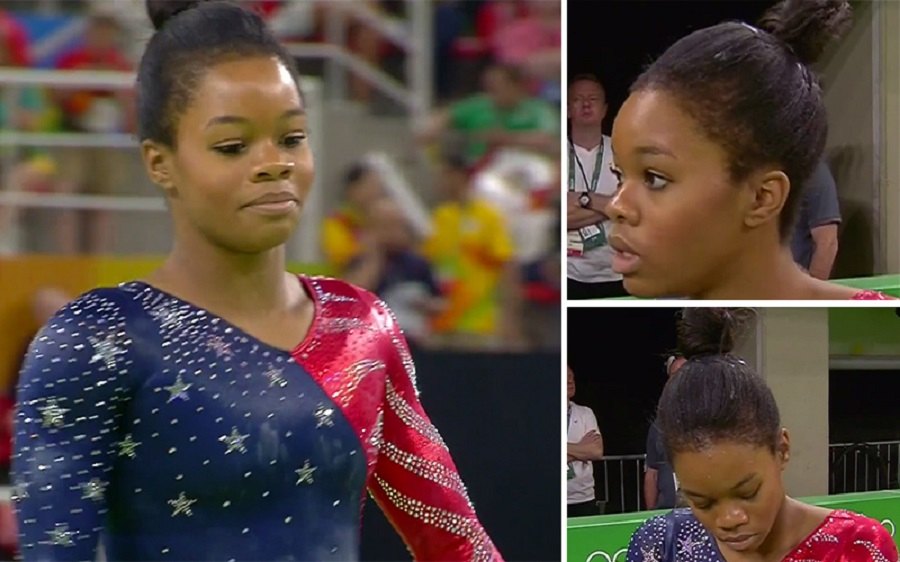 The Olympics. It’s one of global traditions that we all look forward to seeing. Every four years, the best of the best from around the world compete for the gold and for bragging rights for themselves and their country. The athletes that work hard to rise above the rest put in countless hours that take an emotional and physical toll on their bodies. But all of it is worth the fight in the end after tasting the sweet reward of victory. After being named “The best.” With all that the Olympic games symbolize and what it means to actually be amongst those competing, why the hell are people tripping about Gabby Douglas’ hair? Again!

This is an ignorance that I do not understand in the black community. How can we point out aspects of a situation that bare no relevance to the overall outcome or lasting impact? We have become our own worst enemy and it has debilitated us for decades. Does it really matter that Gabby’s hair is “nappy.” Not one bit, but there are black folks making a big deal about it and it has got to stop.

We have got to stop taking the most important and positive moments and turning them into something ugly and negative. When it comes down to it, Douglas is a world-class athlete that has paved a path for other brown girls to continue following in her footsteps. The woman is competing at the highest level in gymnastics and black folks are out here worrying about her edges? Can we please elevate our thinking? 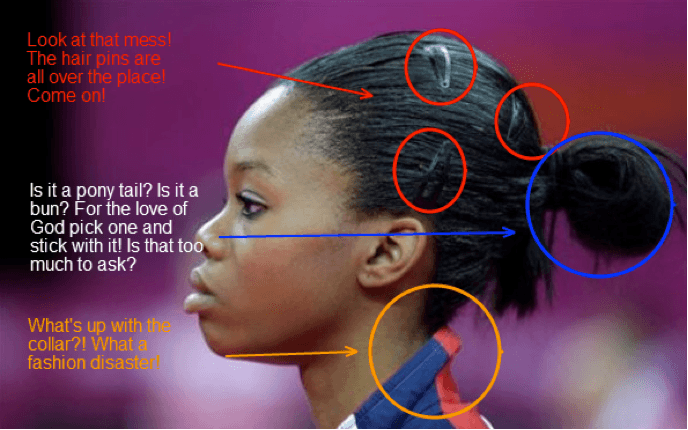 That’s what this comes down to for me. The comments black women have made about her hair show just how much we have bought into society’s ideals about beauty. The natural state of hair is not something we should criticize nor be ashamed of. But because we want to conform, we not only alter how we look we put our mouths on those who choose not to do as we do or who just don’t put that much emphasis on a particular thing. That does not make you better than anyone else nor does it give you the right to tear someone else down for what they choose to do (or not do) with their hair.

From the pictures I’ve seen, it is hard to determine if Gabby is a full natural or if she just didn’t get a “touch up” around her edge before going to the Olympics. With that, I know the effort involved in taking care of natural and relaxed hair. As a natural, there are times it can be a pain in the ass. So much so that I do consider going back to the creamy crack (more often than I’d like to admit). But after being natural for a decade, I appreciate the commitment it takes to maintain it. In the same way, whether you put chemicals on your hair to permanently straighten it or not, there are times when trying to figure out what to do with your hair is the last thing you want to deal with, because, ya know, life.

Black women have got to stop being so hard on each other. Let us put things in perspective. In the grand scheme of it all, making history and building a legacy far outweighs how your hair looked for one moment in time. This is our problem. We place too much emphasis on things that don’t matter. We would rather spend $1000 on hair than put that money into the bank or into something that will be more beneficial to our quality of life in the long run. I despise the women who think that because I don’t wear weave I am broke, basic and tired. I have seen too many make those kinds of statements and they don’t realize how dumb and self-hating they end up looking.

Gabby Douglas is a powerhouse and represents a group of black women who are not bothered by the haters who have nothing better to do than complain and pass judgment.

To all those who have something to say here’s a thought. How about channeling that negative energy into something of substance that moves your own life forward.