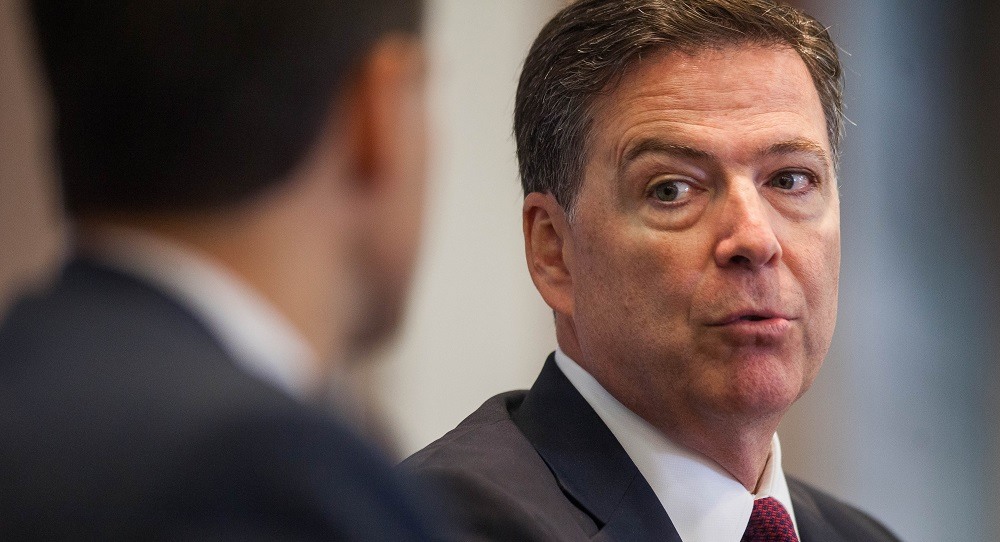 Many people thought it was odd when FBI Director James Comey caused a stir for Hillary Clinton with his letter to Congress, and Minority Leader Harry Reid has stepped up to point this out.

The top Senate Democrat said Sunday that FBI Director James Comey might have broken the law when he disclosed 11 days before the election that investigators had newly discovered emails that may be relevant to the inquiry into Hillary Clinton’s private email server.

In a scathing letter to Comey, Minority Leader Harry Reid of Nevada accused the FBI chief of a double standard, resisting Democratic calls to discuss possible ties between Donald Trump and the Russian government while informing Congress last Friday of the emails found in the sexting investigation of Anthony Weiner, the former New York congressman and estranged husband of Huma Abedin, a top aide to Clinton.

“Your actions in recent months have demonstrated a disturbing double standard for the treatment of sensitive information, with what appears to be a clear intent to aid one political party over another,” Reid said. “I am writing to inform you that my office has determined that these actions may violate the Hatch Act, which bars FBI officials from using their official authority to influence an election. Through your partisan actions, you may have broken the law.”

Comey jolted the White House race with his letter to Congress informing lawmakers of the newly found emails. Democrats fear the discovery creates fresh momentum for Republican Donald Trump in the final week of the presidential race as well as for down-ballot Republicans running for the Senate and the House.

With more than a half-dozen toss-up or competitive Senate races, nearly all involving Republican-held seats, Democrats have a chance at reclaiming the majority. The one competitive Democratic seat is held by Reid, who is retiring at the end of the year.

Reid, never one to shy from a political fight in the heat of a campaign, said once Comey “came into possession of the slightest innuendo related to Secretary Clinton, you rushed to publicize it in the most negative light possible.” 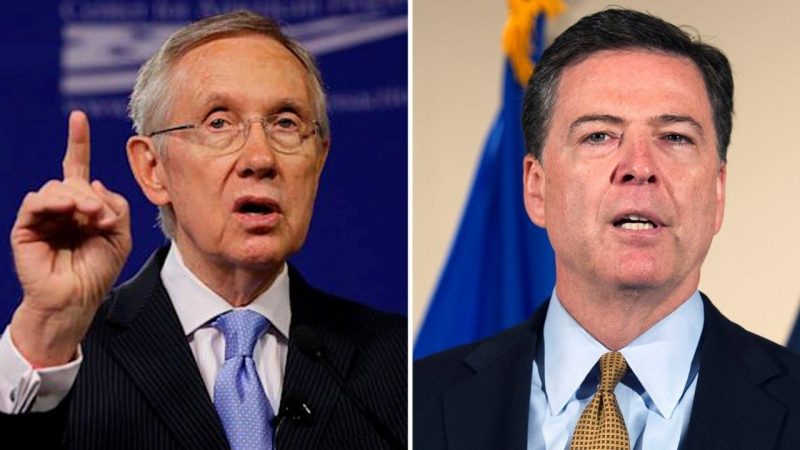 Reid underscored that he has been a supporter of the FBI director and fought for Comey’s Senate confirmation when Republicans blocked the nomination.

“I led the fight to get you confirmed because I believed you to be a principled public servant,” Reid wrote. “With the deepest regret, I now see that I was wrong.” 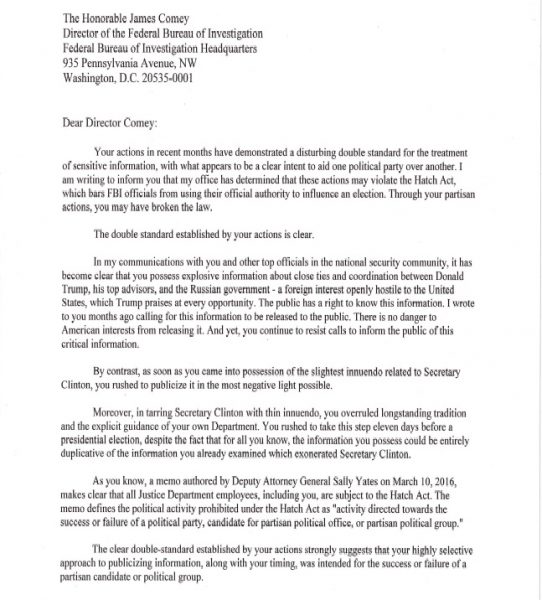 The letter obtained Sunday by media outlets contends that Comey deviated from Justice Department policy when he alerted Congress to the new discovery of emails potentially related to the Clinton email investigation.

Justice Department officials are instructed not to discuss ongoing investigations and to “exercise heightened restraint near the time of a primary or general election,” to avoid the appearance of prosecutorial influence in the electoral process, according to the letter.

“We cannot recall a prior instance where a senior Justice Department official – Republican or Democrat – has, on the eve of a major election, issued a public statement where the mere disclosure of information may impact the election’s outcome yet the official acknowledges the information to be examined may not be significant or new,” the letter states.

The emails were found on a device seized during an unrelated criminal sexting investigation of Weiner.

Comey acknowledged in a letter to FBI colleagues on Friday that he knew the letter was at risk of being misunderstood so close to the election, but that he felt obliged to update Congress on the emails after having earlier told lawmakers that the email inquiry had been closed.

But the ex-prosecutors say Comey’s letter was so devoid of detail as to “invite considerable, uninformed public speculation” about the emails’ significance. They note that Comey did not reveal who had sent or received the emails, whether the emails include duplicates of messages that have already been reviewed or whether the emails contain any classified information.

The letter is signed by dozens of attorneys, including former Justice Department officials in Washington – among them, former deputy attorneys general Donald B. Ayer, James Cole, Jamie Gorelick, Larry Thompson and David Ogden – and a group of United States attorneys and assistant U.S. attorneys. Thompson, Ayer and Lourdes Baird, a former U.S. Attorney for the Central District of California, were appointed by Republican administrations.