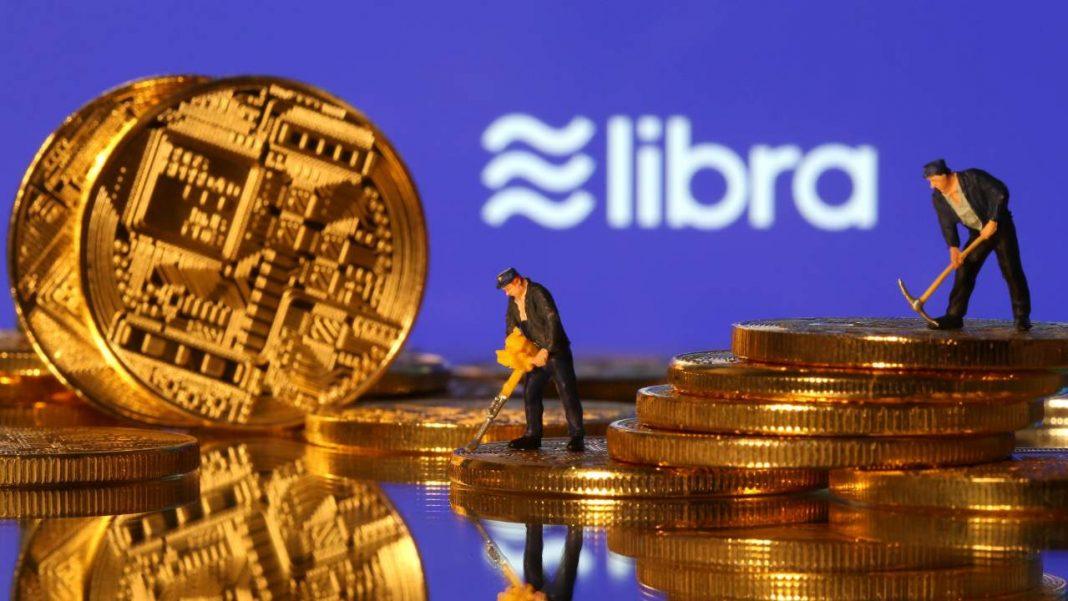 Mark Zuckerberg is feeling a rather large setback with his Libra plan to create a whole new Facebook currency. First, Paypal left last week, Congress wants to discuss this with him, and now several large companies that would have cemented his new cryptocurrency plan are out. These sudden departures leave Libra with no major United States payment processor, which could kill this venture.

On Friday, Visa and Mastercard along with Stripe, eBay, and Marcado Pago announced their departure from Facebook’s Libra project, a potentially fatal blow to the social network’s plan for a worldwide digital currency.

A Visa spokesperson told media outlets. “Visa has decided not to join the Libra Association at this time,” the spokesperson said. “We will continue to evaluate and our ultimate decision will be determined by a number of factors, including the Association’s ability to fully satisfy all requisite regulatory expectations.”

PayPal was the first of Libra’s big partners to leave, announcing last week it would no longer be involved.

“We highly respect the vision of the Libra Association,” eBay said in a statement. “However, eBay has made the decision to not move forward as a founding member. At this time, we are focused on rolling out eBay’s managed payments experience for our customers.”

Stripe gave a similar explanation for its withdrawal. “Stripe is supportive of projects that aim to make online commerce more accessible for people around the world,” the company said. “Libra has this potential. We will follow its progress closely and remain open to working with the Libra Association at a later stage.” Mastercard did not immediately respond to a request for comment.

In response, Libra Association policy chief Dante Disparte thanked the companies for their ongoing support of the organization’s mission.

“We are focused on moving forward and continuing to build a strong association of some of the world’s leading enterprises, social impact organizations and other stakeholders,” Disparte said. “We look forward to the inaugural Libra Association Council meeting in just 3 days and announcing the initial members of the Libra Association.”

Facebook has faced substantial criticism over its plans to create a separate, private currency system to allow cross-border payments. The Libra Association, based in Switzerland, was supposed to give the currency project a comfortable arm’s length distance from Facebook, which wouldn’t own Libra.

Despite those efforts, financial regulators, as well as members of Congress on both sides of the political divide, noted the privacy issues raised with the social networking company controlling a currency, while also expressing concern about money laundering. Even President Donald Trump tweeted that Facebook should be subject to U.S. banking laws if the Libra project were to move forward.

The impact of Libra’s loss of Visa and Mastercard cannot be understated. The two hold an effective duopoly over credit and debit cards in the U.S. and Europe, and are making substantial inroads into developing countries’ payment systems. Their initial agreement to join the Libra Association instantly gave Facebook’s project legitimacy. It also gave Facebook access to Visa and Mastercard’s networks, which could have given a pathway for users to convert traditional currency into Libra.

But both companies made it clear from the onset that their interest in Libra was at least partly out of curiosity. It now appears that the political pressure on Facebook to drop the project was enough to convince a chunk of the original members to cut ties.

Visa said Friday that it would re-examine a potential membership in the Libra Association if and when Facebook is able “to fully satisfy all requisite regulatory expectations” in its development of Libra — a sign that the regulatory and political hurdles Libra is facing were becoming too much to bear.

“Visa’s continued interest in Libra stems from our belief that well-regulated blockchain-based networks could extend the value of secure digital payments to a greater number of people and places, particularly in emerging and developing markets,” the company said.

Gartner analyst Avivah Litan said that while the defections are “a big setback” for Facebook and Libra, they won’t kill the project.

“It’s not the end of the effort, it just becomes much more contentious,” she said.

With the recent departures, Libra’s membership now consists mostly of venture capital firms and nonprofits. Uber, Spotify and Lyft were still listed as members on Friday, and none of them responded to requests for comment. Vodafone, the Europe-based telecommunications company that has a substantial presence in Africa and has specialization in mobile payments, was also still listed as a member.

In response to the news, Libra chief David Marcus, a former president of former Libra Association, PayPal, conceded the news was not “great in the short term,” but “liberating” to “know that you’re on to something when so much pressure builds up.” Marcus also casts the news of Mastercard and Visa’s withdrawal from the project as the two payment giants simply waiting until there’s proper “regulatory clarity” on Libra.

Republicans and Democrats don’t agree on health care, immigration or taxing the rich. But one subject draws critics from both parties: Big Tech.

The list of grievances is long and growing by the week. Companies like Google, Facebook and Amazon are too big and powerful. They’re bad for privacy, public discourse, democracy and small business. They’re spying on us, contributing to economic inequality and hooking us and our children on addictive, useless services.

The companies themselves object to these characterizations, though how loudly they object varies.

Sen. Kamala Harris, a California Democrat, urged Twitter to suspend President Donald Trump’s account for violating the service’s rules, while Republican Sen. Josh Hawley of Missouri is battling what he considers tech companies’ bias against conservatives. Hawley has also told Facebook CEO Mark Zuckerberg that he should sell off WhatsApp and Instagram.

The companies are trying to maintain a neutral stance, even if that draws the ire of politicians as divergent as the president and those trying to impeach him. Behind the scenes, though, they are spending millions on lobbying in hopes of warding off breakups or intrusive regulation.

Not that there is any danger of either happening any time soon, especially with an ongoing impeachment probe. Still, talking up Big Tech’s problems has proven to be popular political rhetoric.

When it comes to policing content, social media services are “caught between a rock and a hard place,” said Andrew Guess, a Princeton University political scientist who studies social media and its effects on political opinion.

Blocking or suspending accounts for hate speech can prompt complaints of political bias or censorship, but a hands-off approach may be viewed as a free pass to politicians like Trump.

“Anything they do is going to attract criticism,” Guess said. “That, of course, makes them a target.”

Beyond discourse and privacy, antitrust concerns have emerged as a major concern for lawmakers and candidates. This wasn’t the case in 2016, when grumbling about the outsized power of tech was largely confined to activists and those on the most liberal end of the spectrum.

Leading the pack has been Sen. Elizabeth Warren, a Democratic presidential candidate who in March proposed breaking up big tech companies. She garnered immediate support, even from rivals such as Sen. Ted Cruz, a Texas Republican who retweeted Warren for what he said was the first time. Cruz said “she’s right — Big Tech has way too much power to silence Free Speech.”

Since then, calling out the tech behemoths and other big corporations has been a pillar of Warren’s presidential campaign. Sen. Bernie Sanders, another leading Democratic candidate, has also said breaking up Amazon, Google and Apple is “something we should definitely take a look at.”

Still, while there have been congressional hearings, investigations and fines, including a record $5 billion against Facebook, little has changed for Big Tech.

A Republican-controlled Senate is unlikely to pass legislation that seems too anti-business. That includes breaking up tech companies seen as too monopolistic. The same likely goes for any privacy law that restricts companies’ ability to target ads to their liking.

While the two parties agree that Big Tech has problems, they often differ on what those problems are — and how to fix them. You won’t find many Democrats complaining about tech’s perceived conservative bias, for instance. Nor will you find many conservatives complaining of algorithmic bias against people of color.

Trump has been uneven in his criticisms. Amazon has been a frequent target, though that is due in part to CEO Jeff Bezos’s ownership of The Washington Post. He’s met with Zuckerberg privately, but he’s also tweeted that “Facebook was always anti-Trump” and accused it of colluding with the news media against him.

Amid all this, at least in public, the companies have mostly kept a low profile. But there are occasional glimpses of behind-the-scenes activity. Leaked audio from an internal Facebook meeting in July captured Zuckerberg acknowledging that if “someone like” Warren is elected, he expects Facebook to fight back — and prevail — against efforts to break it up in court. But he added: “And does that still suck for us? Yeah.”

Amazon, by contrast, briefly tried to debate the candidates on Twitter.

In April, after Warren complained that Amazon and other big tech companies have “too much power,” the company responded by pointing the finger at its main rival: “Walmart is much larger; Amazon is less than 4% of U.S. retail.”

When Rep. Alexandria Ocasio-Cortez said in a TV interview in June that Amazon pays workers “starvation wages,” the company tweeted that she “is just wrong.”

And Amazon gave former Vice President Joe Biden a corporate tax lesson after he tweeted that it shouldn’t be paying a “lower tax rate than firefighters and teachers.”

“We pay every penny we owe,” Amazon tweeted back. “Congress designed tax laws to encourage companies to reinvest in the American economy. We have.”

This was in June. Amazon seems to have backed off since.

“It’s a bipartisan issue,” he said. “But the right and the left are criticizing it for different reasons.”