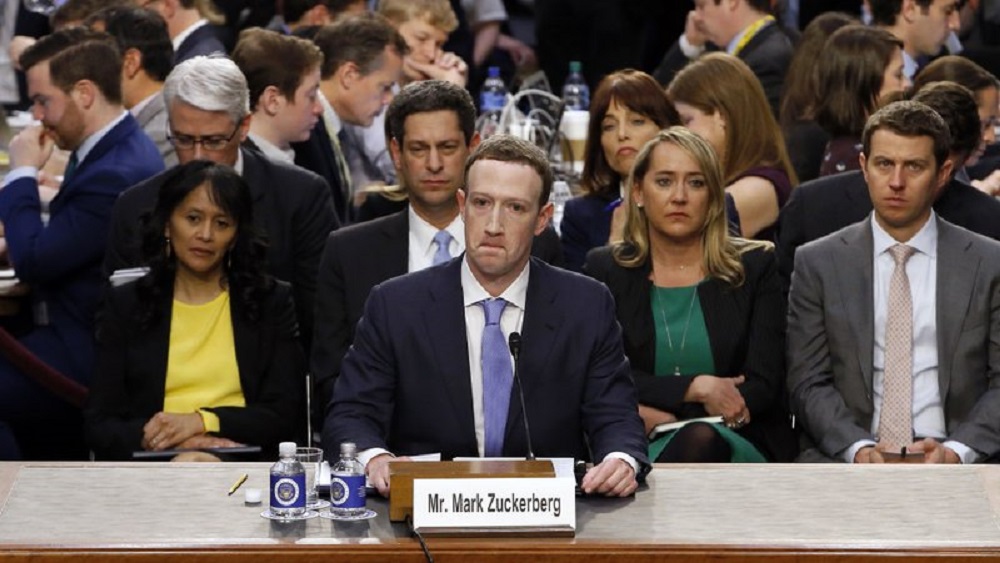 As 44 senators took turns grilling Facebook CEO and co-founder Mark Zuckerberg on Tuesday about his social media platform, the 33-year-old media titan did rather well with his answers.

Mark Zuckerberg insisted once again Tuesday that Facebook doesn’t sell your data, calling it a common misconception people have about Facebook. Here’s a look at his remarks.

ZUCKERBERG: “We do not sell data to advertisers,” the Facebook CEO testified during a Senate hearing. “What we allow is for advertisers to tell us who they want to reach. And then we do the placement.”

THE FACTS: It’s true that Facebook doesn’t sell your data directly to third parties, but it clearly profits from the information. Thanks to user data, Facebook made $40 billion in advertising revenue last year, second only to Google when it comes to the share of the global digital advertising market.

Facebook uses the data you provide, such as where you live and how old you are, and combines it with geographic information from your phone to tailor ads to a certain audience. Facebook can charge more money the more specific the audience is. “With our powerful audience selection tools, you can target the people who are right for your business,” Facebook says on its page about advertising.

How does Facebook do this without selling data? Advertisers choose the types of users they want to reach. Facebook can make the match internally to select the users to be shown the ads. In this case, Facebook isn’t technically selling data, as it’s all done internally. But without your data, Facebook wouldn’t be able to offer such targeted advertising.

This doesn’t mean data never leaves Facebook. In fact, the latest privacy scandal grew out of the revelation that a Trump-affiliated consulting firm, Cambridge Analytica, managed to get data on tens of millions of Facebook users through an app that was purportedly a research tool. With apps, Facebook isn’t selling data — it’s giving the data to apps for free. 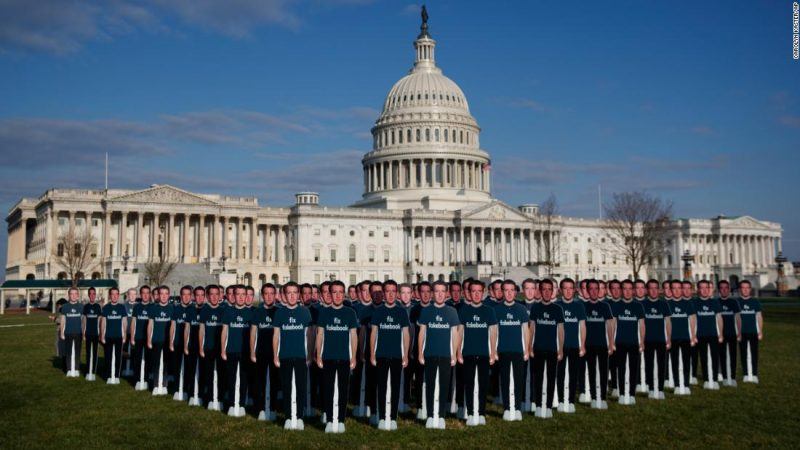 Lost amid a flurry of Facebook announcements about privacy settings and data access is a much more fundamental question: Is Facebook really changing its relationship with users, or just tinkering around the edges of a deeper problem — its insatiable appetite for the data it uses to sell ads?

CEO Mark Zuckerberg, who testified to Congress on Tuesday and will return on Wednesday, long defined the company’s mission as making the world more open and connected. He’s now tweaking that high-minded goal to emphasize positive community-building, not just connectivity. But it’s not at all clear how much Facebook can shift without undermining what makes it one of the world’s most profitable companies.

“Why is connectivity a good thing? Once you begin to challenge that, you begin to question the business model, which is about mining our data,” said Richard John, a Columbia University professor of business history. Facebook is “extraordinarily reliant on the goodwill of users” who allow it to harvest what they share about themselves, he said — much more so than other tech companies.

Wall Street analysts are already counting on Facebook to survive a user revolt. Based on recent polling, GBH Insights analyst Daniel Ives expects roughly 15 percent of users to disengage somewhat from the social network following revelations that the political data-mining firm Cambridge Analytica improperly obtained personal information from 87 million users to try to influence elections. In a worst-case scenario, decreased engagement and what Ives terms a “negligible” number of deleted accounts could cost the company up to $2 billion in annual advertising, Ives said.

Facebook could likely survive a $2 billion cut in its bottom line. Its shares have rebounded after hitting their lowest price in nine months in late March. Since then, the stock has climbed about 4 percent to $158.61 at midday Monday.

Less clear is how Facebook will handle the threat of increased regulation if Zuckerberg does not adequately resolve lawmakers’ concerns this week.

“Could Facebook still exist even though you have greater privacy protections? That’s the billion-dollar question,” said University of Tennessee law professor Maurice Stucke, who has argued against allowing a handful of tech companies to monopolize everyone’s personal data.

In the days leading up to Zuckerberg’s testimony, Facebook has implemented a series of changes. It took yet another stab at explaining what happens to user data on its service and rejiggered its confusing privacy controls for the seventh time in a decade.

The company also planned to alert users affected by the Cambridge Analytica breach on Monday, although those efforts were delayed, and announced an independent commission that will have access to Facebook data to study the effects of social media on elections and democracy. Last week, it announced new transparency and verification rules for advertisers and page administrators.

Facebook is also restricting the access that outside parties have to data from Facebook users and groups, and it removed an option to search for users by entering a phone number or an email address that it said “malicious actors” had abused to scrape information from nearly all Facebook users.

Researchers generally consider such steps positive, if insufficient. Stucke, for instance, said a much stronger move would be for Facebook to fold U.S. users into the more stringent data protections the European Union will impose on internet companies starting May 25.

Zuckerberg has been unclear about whether Facebook would extend the European protections to the U.S. and elsewhere. He said recently the company will make its “controls and settings the same everywhere, not just in Europe,” although it wasn’t clear exactly what he meant, nor how that would affect data collection and privacy.

Privacy advocates are calling for Facebook to embrace the European rules globally. In an open letter sent Monday to Zuckerberg and lawmakers on both sides of the Atlantic, a group called the Trans Atlantic Consumer Dialogue said the law will offer “protections that all users should be entitled to no matter where they are located.”

Researchers such as Stucke worry that Facebook might be able to wait out the pressure. “There’s a big commotion,” he said. “You hire a lot of lobbyists. You pressure the agencies not to do anything and just ride it out until the next scandal.”

But Jeffrey Chester, executive director for the Center for Digital Democracy, said it would be a mistake to view Facebook’s current turmoil as a “one-time event.” Thanks to the European rules, he said, “there’s a noose that’s tightening around the necks of the Googles and the Facebooks” that will eventually force changes in their business models.”

Some who favor stricter regulations want Facebook users to be treated like the advertising products that they are and to be paid for what they contribute to the social network. A few scholars say Facebook has so much influence over media and society that the U.S. government should consider taming its dominance by forcing it to spin off Instagram, WhatsApp or other businesses.

“We’re in totally unprecedented waters,” said Lina Khan, a Yale law professor and director of legal policy with the Open Markets Institute. “I wouldn’t be too conservative about what’s realistic.”

Others who find the European model too onerous say most U.S. consumers don’t care if Facebook analyzes them and their friends in a way that keeps what they share anonymous.

Such data collection “doesn’t create a lot of harm and can create some significant benefits,” said Joe Kennedy, a fellow at the Information Technology and Innovation Foundation, which is backed by the technology industry.

He cited targeted ads as a boon to consumers and said the data behind them can boost artificial intelligence systems, which use vast quantities of data to “learn” human-like behavior.