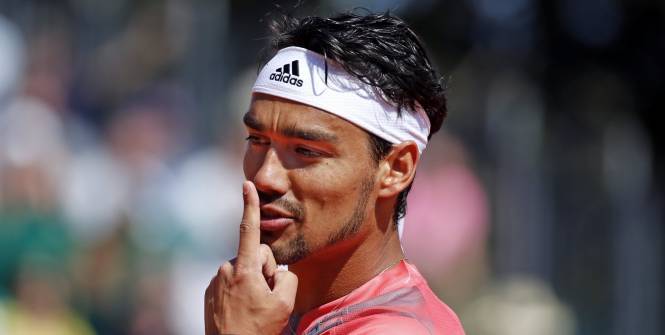 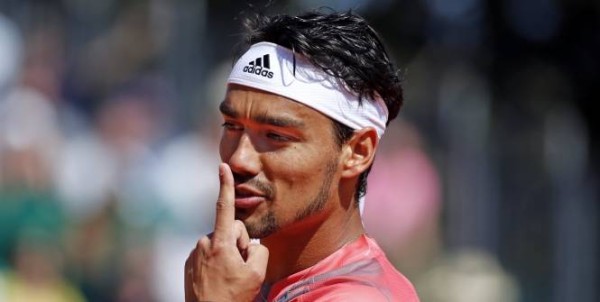 Fabio Fognini scored his 200th career win with a 7-6(9), 4-6, 6-0 victory over tenth seed Grigor Dimitrov at the 2015 Rome Masters Open on Wednesday. This was a highly anticipated rematch between the two players which lasted quite a while and put on a great show. Dimitrov was only able to scrape up eleven points in the third set, and it seemed he had completely run out of steam by then. He will move on to the third round where he faces Tomas Berdych. 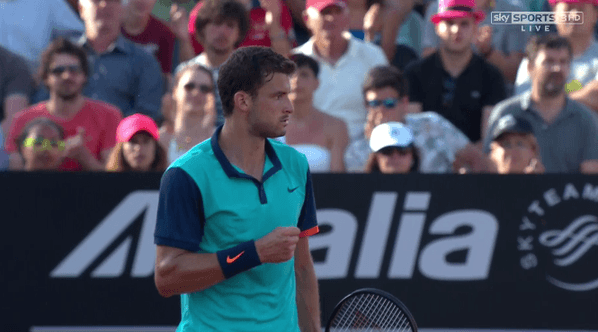 Fognini lost two matches to Dimitrov in Masters series tournaments over the past month, but started strongly on home ground, breaking his opponent’s serve to take a 4-2 lead in the first set, only to be broken right back.

In the tie-break, he had two set-points, but Dimitrov surged back and looked poised to continue his string of strong performances against the Italian. But several errors and one daring surge to the net later, Fognini closed the first frame 7-6 (11-9). 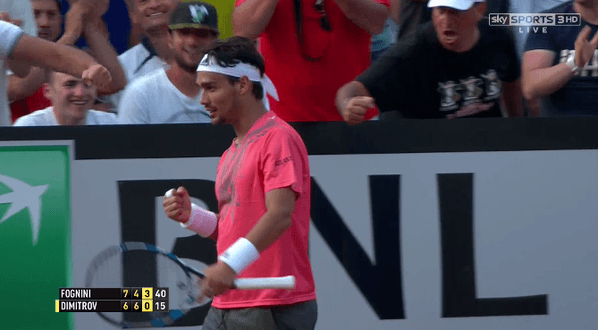 In the second set, the two opponents exchanged breaks of service early – smashing three racquets in the process – before Dimitrov held serve to win 6-4 despite going down 0-40 in the game.

But in the final frame, Dimitrov’s service appeared to fall into a black hole as he went 6-for-14 on first serve and 1-for-6 on second serve, making it the second time this year that he lost a decisive set with a bagel (the loss to Ryan Harrison in Acapulco being the other).

Dimitrov is not scheduled to play in either of the final two tournaments before the French Open, in Geneva and Nice next week, and will next take to the courts at Roland Garros, where he made a surprising first-round exit last year after being defeated in straight sets by Ivo Karlovic.