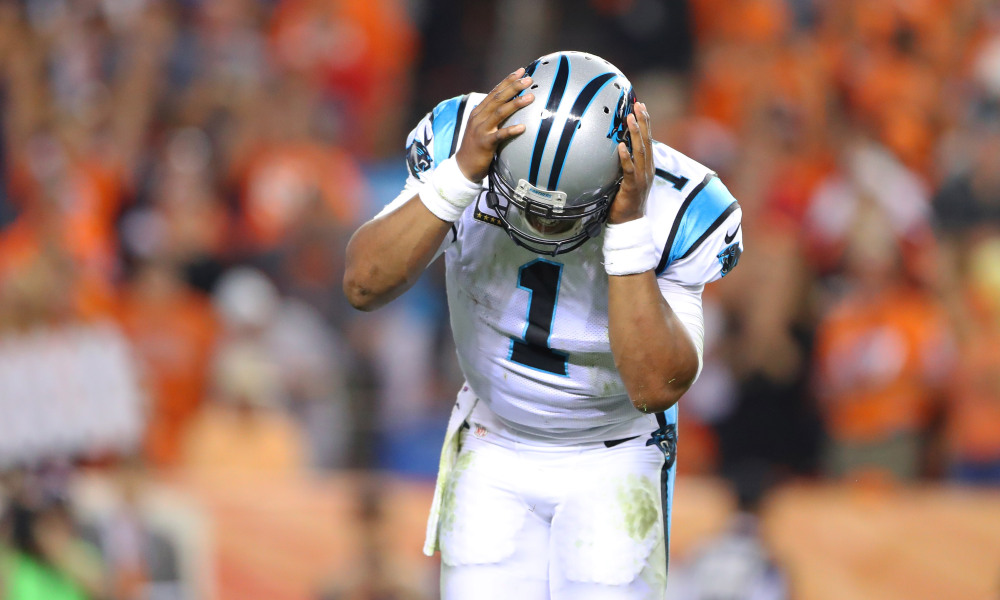 It shouldn’t come as a shock that both the NFL and the NFLPA agreed that the concussion protocol was followed properly with Cam Newton on opening night of the NFL season.

The League has no interest in looking responsible for letting a concussed player stay on the field. And the Players Association doesn’t want to see players taken out of games every time they get a bump on the noggin.

Part of the joint statement is below:

“In the fourth quarter, Mr. Newton incurred a helmet-to-helmet hit which drew a penalty. Mr. Newton was slow to get up following that hit. The Panthers medical staff and the Unaffiliated Neuro-trauma Consultant (UNC) were positioned together on the sidelines monitoring the game and were unable to see the point of contact and decided to review the play via the sideline video replay system. In order to facilitate the video review, the team physician and UNC initiated radio contact with the Booth ATC and asked to view the video. Under the current application of the Protocol, once contact between the Booth ATC and the club’s medical team occurs, the Booth ATC’s responsibilities end (including the ability to call a medical time out). The time it took to actually receive the video following this request was prolonged due to a technology glitch. After reviewing the replay and observing Mr. Newton from the sideline, the Panthers’ medical staff and the UNC agreed that no further evaluation of Mr. Newton was necessary as they did not observe signs or symptoms of concussion.”

Hopefully, that drawn-out statement didn’t leave you with a concussion yourself. Probably just a headache.

There’s two main points to note from the statement.

– Two parties deemed Newton medically cleared to stay in the game. The Panthers’ medical staff was good with him going back on the field, as was the “Unaffiliated Neuro-trauma Consultant.”

I’m sure this “UNC” is a fine individual and upstanding in the medical community. However, this person had to feel pressure to let a superstar QB continue. He or she is on the Panthers sideline for Pete’s sake. Everyone around the UNC wants Cam back in action, including Cam himself.

Not to mention that the UNC is paid by the League. So it’s hard to say the position is totally unaffiliated.

– The other point is the delay in the replay so that both medical parties could review the play. A “technical glitch” made this situation longer than it should have been. It shouldn’t be that hard for medical personnel to see a replay on the sideline. And the delay makes the entire situation seem fishy, whether any foul play was involved or not. 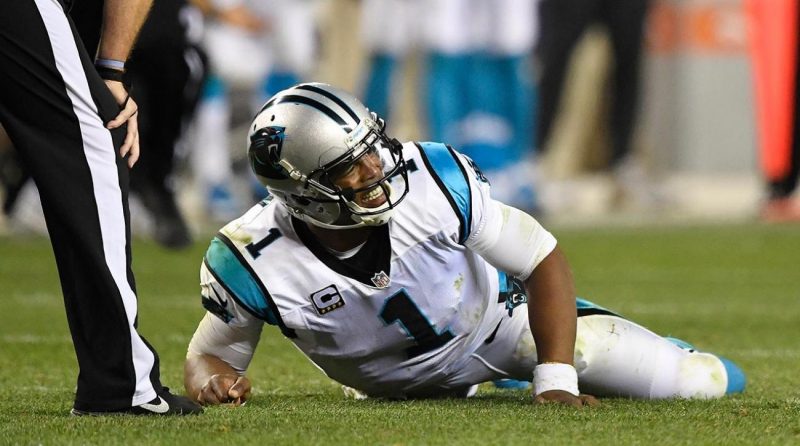 It would be a good strategy for team officials to unplug something to make video unavailable on the sideline until a star player can shake off any cobwebs.

Cam Newton would be more likely to pass a concussion test five minutes after a helmet to helmet hit than he would right after the play. I’m no neurologist. I just know that a boxer can be out on his feet one minute, then come back fresh after a minute on the stool between rounds.

We’ve already seen the NFL hammered over technological glitches this week when Bill Belichick went on a rant about the overall communication issues every single week.

A glitch when it comes to player safety can be seen as a convenient excuse or reckless incompetence on the part of the League.

It’s one thing for Belichick to lose communication with Tom Brady during a drive. Quite another to have a concussed player left in the game because video can’t be relayed to an NFL sideline. Video that is available to millions watching at home with a simple DVR by the way. And on the freaking jumbotron at the stadium.

This investigation “shows” that the League did its job when it comes to protecting players with possible head injuries. No shocker.

And maybe Newton wasn’t concussed. But the protocol has come under fire. Glitches and delays do not garner a lot of confidence in the system.

The only way players can be sure that they are not at risk after a concussion, is to handle it personally. They can’t trust themselves to come out of the game if hurt. They are too proud, and if they’re concussed, they are obviously in no condition to make important decisions.

So the best way for players to ensure their own safety is to have a trusted friend on the sideline who is only loyal to the player. That could be a teammate, but they want to win the game just as much as the guy who may be hurt. So a buddy or relative who needs the player to keep getting those game checks may be the best person to look out the player’s health.

No one wants to think their employer would put them at risk. Or that a medical person would let a concussion slide due to social pressure.

But the NFL is big business. And lots of things can get swept under the rug when millions of dollars are at stake.