Home All News Tech News Europe rewrites copyright rules; it will affect everyone 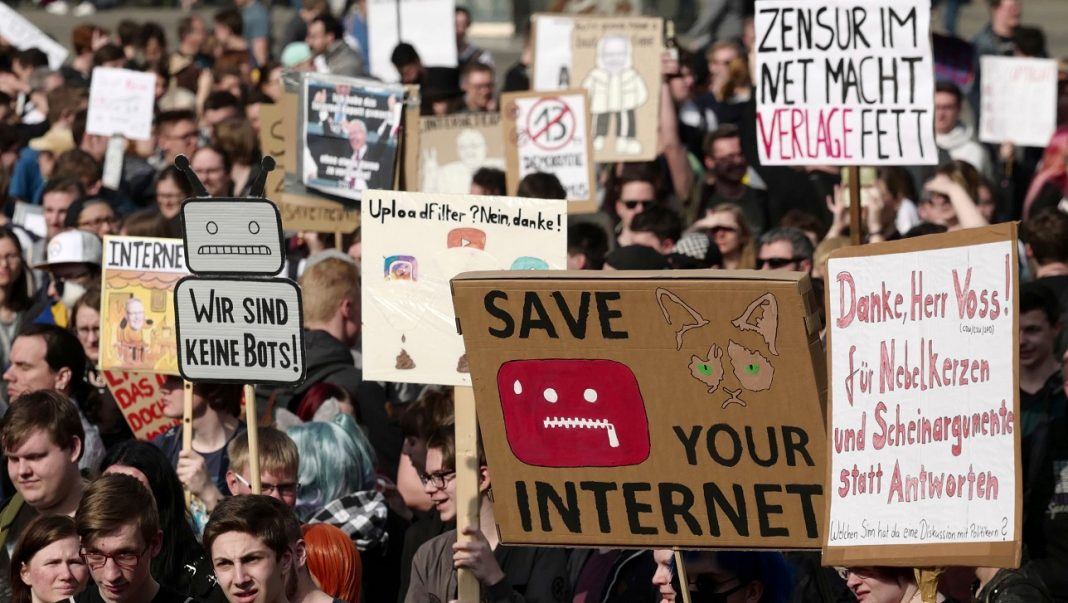 If you like sharing on the internet or create content, the European Union’s refreshed copyright law will affect you. Especially since the controversial “Article 13” change has been approved which will be applied over the next two years. YouTube, Facebook, Twitter other social media may be forced to overhaul the platform and what you want to share with your friends and colleagues.

The European Union has approved a copyright overhaul that aims to give more protection to artists and news organizations but which critics say will stifle freedom of speech and online creativity and punish smaller web companies.

Artists, celebrities and tech experts have spoken out both in favor and against the EU directive, which the 28 member states are required to adopt as law and got final approval from the European Council Monday.

A closer look at key issues.

WHAT IS THE LEGISLATION ABOUT?

The most vigorously debated part of the legislation is a section that makes companies responsible for making sure that copyrighted material isn’t uploaded to their platforms without permission from the original creator. It puts the legal onus on platforms to prevent copyright infringement but critics say it will end up having a chilling effect on freedom of expression on the internet and could result in censorship.

Another section of the bill that caused concern requires search engines and social media sites to pay for linking to or offering up snippets of news articles.

THE EFFECT ON INTERNET PLATFORMS?

Some sites would be forced to license music or videos. If not, sites would have to make sure they don’t have unauthorized copyrighted material. Critics worry that could lead to costly automatic filtering. And paying for links could create further costs.

That could give tech giants an edge over smaller companies. Google said last year it spent more than $100 million on Content ID, its copyright management system for approved users on YouTube, where more than 400 hours of content is uploaded every minute. The figure includes both staffing and computing resources.

Critics say it could act as censorship and change internet culture.

They say the automatic filters are blunt instruments, deleting some material that should be allowed online. YouTube has warned of unintended consequences, saying that in cases where copyright is uncertain, it would have to block videos to avoid liability.

Some consumers worry that the new rules would bring an end to parodies and viral internet “memes” that have powered online culture and are often based on or inspired by existing songs or movies or other content. The EU denies this.

“The new law makes everyone a loser,” said Julia Reda, a lawmaker with the Pirate Party, which campaigns for freedom of information online. “Artists, authors and small publishers will not get their fair remuneration and internet users will have to live with limited freedoms. Artistic diversity has made the Internet colorful, but unfortunately the copyright directive will make the Internet duller.”

It depends on whom you ask. The music industry and other groups that collect royalties say the revamp will help give writers, artists and creators more protection of their rights and incomes, by requiring tech giants such as Apple, Facebook and Google to pay them more for their work.

Some authors and artists fear they won’t earn significantly more money but their creativity will be stifled. Google estimates it has paid out more than $3 billion to rights holders through its Content ID system, which was created in 2007.

Some high profile artists have spoken out in favor. Former Beatles member Paul McCartney wrote an open letter to EU lawmakers encouraging them to adopt the new rules.

But many appear worried it will change the internet as we know it. More than 5.2 million people signed an online petition against them. Internet luminaries such as Tim Berners-Lee, the inventor of the World Wide Web, and Wikipedia co-founder Jimmy Wales have spoken out against it. So has the former frontman for the band Fugees, Wyclef Jean, who has said he is better off financially because fans can freely share his music on internet platforms.

Germany wants the rules to be implemented in such a way “that upload filters be averted if possible, and that user rights — freedom of opinion, about which there has been a lot of discussion here — be preserved,” government spokesman Steffen Seibert said Monday. Last month, tens of thousands of people marched in cities across Germany to protest against the directive. Poland’s leader has said his country will not implement it, arguing it threatens freedom of speech.

Comparitech did a survey with 1500 video game streamers about how they would respond to the proposed filtering of copyrighted material before it is posted online.

WHAT THE FUTURE HOLDS NEXT?

The EU’s member countries have two years to comply by drafting their own national laws. Six countries — Italy, Sweden, Poland, Finland, the Netherlands and Luxembourg — voted against it, so implementation is likely to be uneven, setting the stage for possible legal challenges.