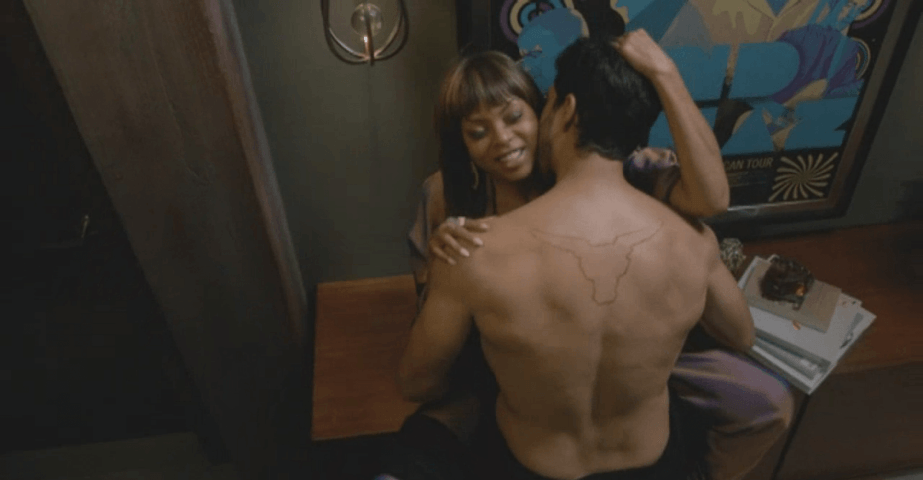 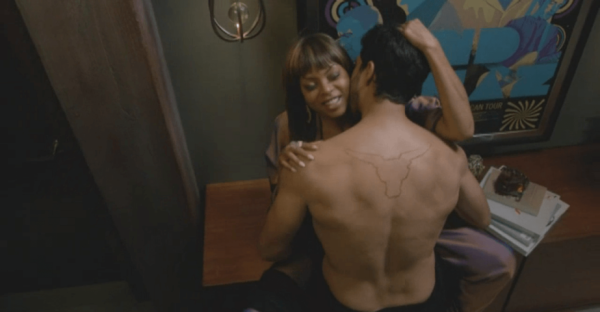 On Empire this week, we plunge deeper into the drama that is the Lyon clan. Let me say here too that this has to be the most uneven episode in recent memory. From the storylines to the purpose of various scenes, a lot of the action and drama is forced, and you can feel it; But on to the recap.

Cookie and Alex talk about work after getting it on in her “king sized” bed. They have actually been there for three days eating and sexing. During one of their “breaks,” he shows her a flyer for a summer jam event he’s promoting and offers her a spot. She tells him no because her artists are not going to be little font names at the bottom of a list. From this, though, she gets the idea to do her own Lyon Dynasty summer jam and just like that, Alex is in even deeper.

Jamal makes new music but get’s “writer’s block.” He texts his mother for help with the song he’s working on and she tells him to “flip the perspective.” He does and of course now the track is fire.

While Cookie helps her son get his shit together, Alex leaves out to meet with one of his goons who is pissed that Alex has been MIA. He tells him to “lay off the kid” and assures him that they are going to get “ten times” what they want because of the ideas he’s putting into Cookie’s head. She is going to have to come to him for everything.

Speak of Hakeem, he has a showcase for his girl group. As they perform, it is clear that Carmen is coming for Laura as she pushes and cuts her off during the performance. Cookie tells her son to bump her up over Laura because Carmen has the star appeal. But Hakeem is determined to keep his crush up front.

He enlists the help of Tiana to show Laura how to stand out and be a diva so that she can keep the spotlight. Keem is feeling her and wants to make her a star. After their session, he takes Laura into a park and makes her sing. She winces but he pushes her. “Command their attention.” She warms up, and a crowd gathers around her.

Later at another rehearsal, this time Laura does not take Carmen’s shade and shows her who’s boss, causing Cookie to give her and Keem the thumbs up.

Lucious has a meeting with the board of Empire including Andre and Mimi. Stocks aren’t looking good, and investors aren’t happy. Mimi suggests partnering with another the streaming company Swift Stream, but Dre advises his dad against it. He doesn’t listen of course and sets up a meeting to make it happen. But before things can go through, there is an issue with one of the artists on the label, so Lu tasks his son with paying a visit to the deputy mayor, Raquel, his sometime lover.

Because of this, Dre has an emergency meeting with his reverend to help him decide what to do. For a second it sounds like he is telling him to sleep with the deputy mayor. He then explains to Dre that God chose him and that there are ways to get what you want and need without compromising his marriage.

Dre visits Raquel abut the gang injunction being removed for the artist, and she is glad to do so, for a price. As she puts her moves on him, he tells her he’s not doing that anymore which she does not want to hear. He then pulls out a video showing her doing something that freezes her in tracks. This is one of the scenes that was pretty confusing. Plus, I’m pretty sure blackmail is unchristian.

While out to dinner with Jamal to celebrate the hit they made, Cookie convinces him to come around the corner to Lyon Dynasty and lay some tracks. Even though it will piss his dad off, Jamal gladly does it. He has some issues getting the song the way Cookie wants, and as she tells him what to change, Hakeem walks into the studio. She runs to her son to distract him from Jamal leaving. No one can know she is in cahoots with the enemy.

Lucious and Mimi pay a visit to the owner of Swift Stream Jaygo, at a boxing gym. He invites him into the ring and things go okay until he says something that pisses Lu off and daddy Lyon knocks him out.

Later, Mimi and Lu pay Jaygo a visit in the hospital. From what I can gather, since this is another uneven plot twist, they put something in his IV drip that makes him agree to their terms. Lu hurries him on the phone to call his guy to draw up a contract.

Back at the studio, Cookie almost makes a deal without Hakeem. He comes in to negotiate since he has an equal stake in the Lyon Dynasty. He takes charge and gets the services on his terms. He later tells him mom to watch out for “pretty boy” (Alex) because he doesn’t trust him. Listen to your son Cookie.

In the end, Mimi and Lu “celebrate” Jaygo going into business with them; And by celebrate I mean having a threesome, with a girl they meet in the club. Then there is this really uneven scene where he grabs Mimi’s phone, as whoever she is talking to has her crying, and goes off on them. It’s a weird scene because he falls to his knees telling her she deserves better. They then return to their piece of candy but Lu freeze when he opens her legs and sees a tattoo of a gun on her thigh. This causes him to go into his “chamber,” get his gun, have a flashback about his mother playing Russian Roulette in front of her, call Freda to come into the studio and re-record their song.

This episode was all over the place and literally, shows how far Empire has fallen. But that’s just my two cents.

UPDATE: Vivica A. Fox and Lee Daniels have hinted that there be an Empire spin-off, but FOX and the production studio are swearing that they are focusing solely on this season and not looking that far ahead. You know what this means; if ratings continue dropping for the show, no spin-off, but if ratings steady up, a spin-off will be in the works. Hollywood hates it when people spill the beans before they can and Vivica spilled plenty of beans and tea on What What Happens Live.