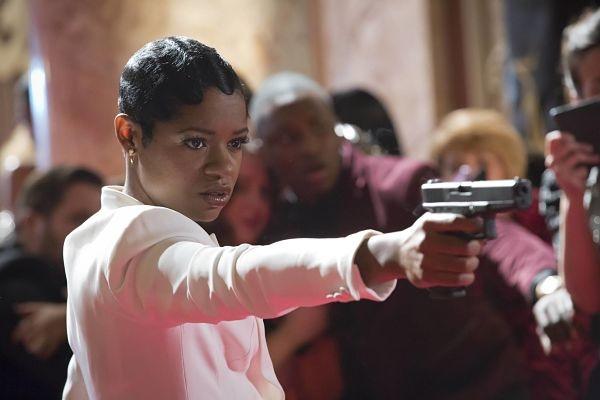 This week on Empire, the shit has finally hit the fan. Everything comes crashing down, and someone’s life is left hanging in the balance (but Jamal’s contract isn’t up for renewal, so I’m sure he’ll be fine.)

The episode opens up with Lucious practicing with his band for the ASAs. Cookie comes in urging him to deal with his mother. But after Leah told him last week that she wishes she had killed him when he was a child, he has avoided her. “She’s dangerous.”

Speaking of Leah, back at Lu’s house she sees his ASA nominated video depicting her suicide and devises a plan- She wants to go to the ASAs. So what does she do? Talks Andre into taking her. He protests because, of course, it will destroy Lucious’ credibility. But her kind words and old lady manner wears him down. 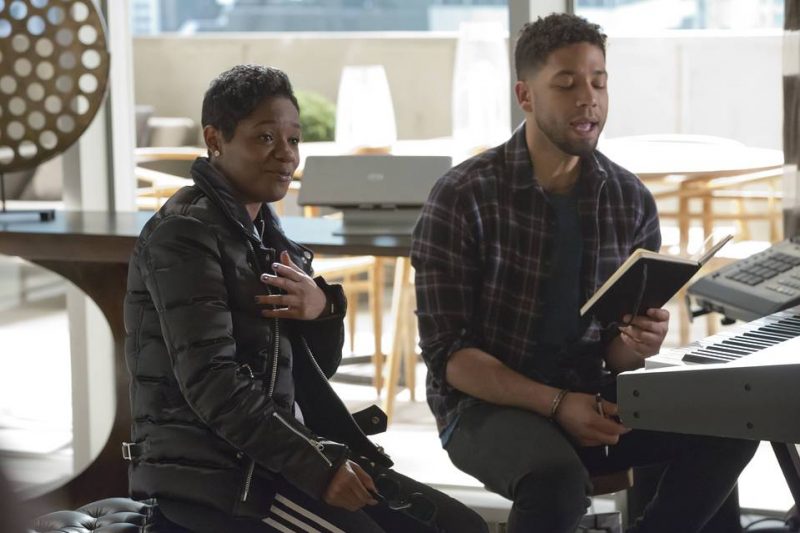 Anika shows up at Empire asking Rhonda why she’s been avoiding her. Rhonda says she’s been busy but Anika, realizing that she is starting to show, assumes it’s because of that. Then Rhonda dives right in and asks about the red bottom Louboutins she wore the day Anika visited the nursery. “I was wondering if you were wearing them that night?” Anika, caught off guard asks, “Did we see each other that night?” Rhonda responds with, “I don’t know, did we?” She stares her down and bam, the baby killer, knows she’s caught.

Carol excitedly tells her sister that she ran into their old friend Tariq (the freak) and is thinking about bringing him to the ASAs. Cookie is suspicious of his reasoning for wooing her sister, knowing that he used to be a cop. Carol tells her he’s not which immediately leads Cookie to believe he’s a Fed. After telling Lucious and Thirsty not being able to find anything on Tariq because his files are sealed, she gets to the bottom of it herself. She meets Tariq before his date with Carol (at Leviticus) to size him up. “Look I know you’re a Fed.” He doesn’t deny her accusations and asks, “You got something to hide? Then he drops the bomb on her as they talk about the “G” code that Lucious killed Bunkie. Saving face, she silently walks out, but not before telling him, “Watch yourself, my sister has herpes.” 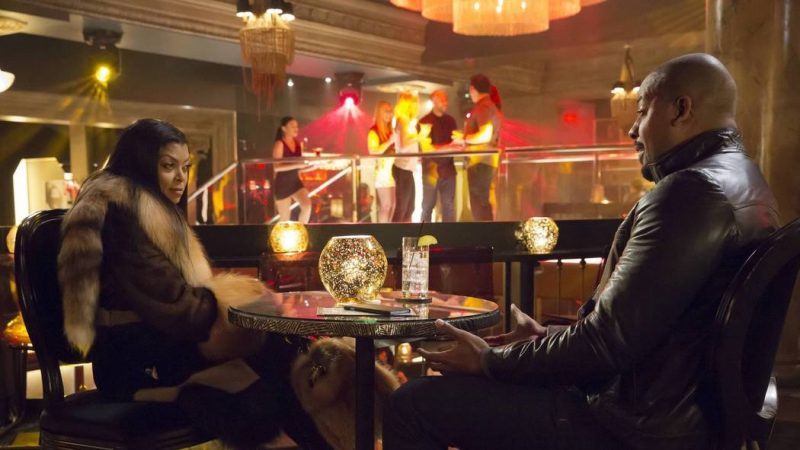 The next day, she calls Carol to Empire, who knows she visited Tariq. “Why don’t you just back off Cookie.” She tries to reason with her recovering sister. “He’s working you stupid,” but Carol doesn’t want to hear it. She accuses Cookie of trying to steal him, a pattern of behavior for her sister. Carol tells Cookie she’s nothing without Lucious and says the music mogul doesn’t care about her. Cookie has had it (especially since Carol has gone back to drinking) and kicks her out, clearly hurt by her sister’s accusations. 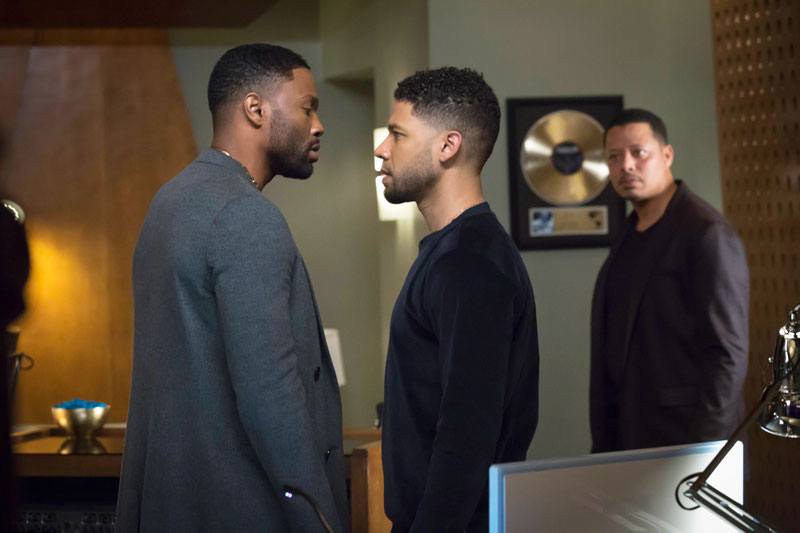 Meanwhile, Jamal continues his love affair with D Major. We find out this week that his name is Derek, and it seems his influence on the artist is growing. He tells him to get rid of his mother and father. “Let me produce your next album.” Jamal is hesitant but allows him to do one song.

In the middle of an intimate moment in the studio, Lucious walks in on them, and Derek pushes Jamal, hard. “Yo, get off me, man.” Jamal is taken aback as D storms out. Lucious reveals that he knew “D Major is still on the DL.” He tells his son that he has no business sexing in his studio and reasons with him. “Look man I’ve tried to be sensitive to your way of life.” When Lucious tells him that he needs to get over what he did to him 20 years ago, Jamal blasts his father for not getting over what his mother did to him 40 years ago. Lu grabs him by the neck and says, “You ain’t nothing to me but a disappointment and the day you die of AIDS I’m gonna celebrate. 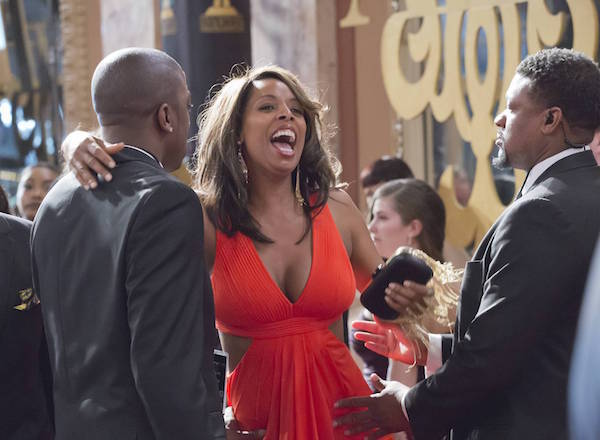 Jamal rushes to Cookie letting her know what just happened and ends up telling her he’s still working with Freda. His mother pulls him to the side and fills him in on everything about the Frank Gathers situation. She warns, “The apple doesn’t fall far from the tree.”

After all of this, the time has finally come for the ASAs. Lucious and Cookie end up going together. Before leaving from the Empire headquarters, he gives her an expensive ass bracelet, and they reminisce about their beginnings and reflect on where they are now. Thes two still love each other.

As for Leah, Andre arrives at Lucious’ to take her to the ASAs, but Thirsty and his goons stop them. They show up and lock the two in a bolted chamber, which happens to be right there in Lucious’ house.

On the ASA red carpet, while Cookie pushes the Lyon family to the forefront of the event, Jamal lets reporters know, “This is the last time I’ll be performing with my family.”

Now, we have come to the main event- Freda shoots Jamal! How did this happen you ask? Well thanks to Carol showing up drunk and loud, she runs into the young rapper and asks if she can be her date. Freda tells her she has to do press and in her drunken state, Carol tells her she’s only there because Lucious feels sorry about what he did to her father.  In an instant, Freda puts everything together, starts sprinting down the red carpet toward the Lyons, pulls a gun from the hip of a security guard, aims at Lucious but shoots Jamal, who tried to stop her. Chaos ensues, they rush him to the hospital, and he’s taken into surgery.

For the record, this is the most unrealistic and absurd moment of this show, ever. Not in a million years would something like this happen and it really cheapens the whole storyline. The moment that girl started running (she ran for a good 10 or 15 seconds) at an event like that, someone would have stopped her.

In the end, Cookie blames Lucious for what happened; Anika goes to the Feds, and Leah walks outside to a slew of reporters who asks her affiliation to the family.

Next week is the season finale and despite the craziness, Lee Daniels and company makes it hard to not tune in to see what happens.