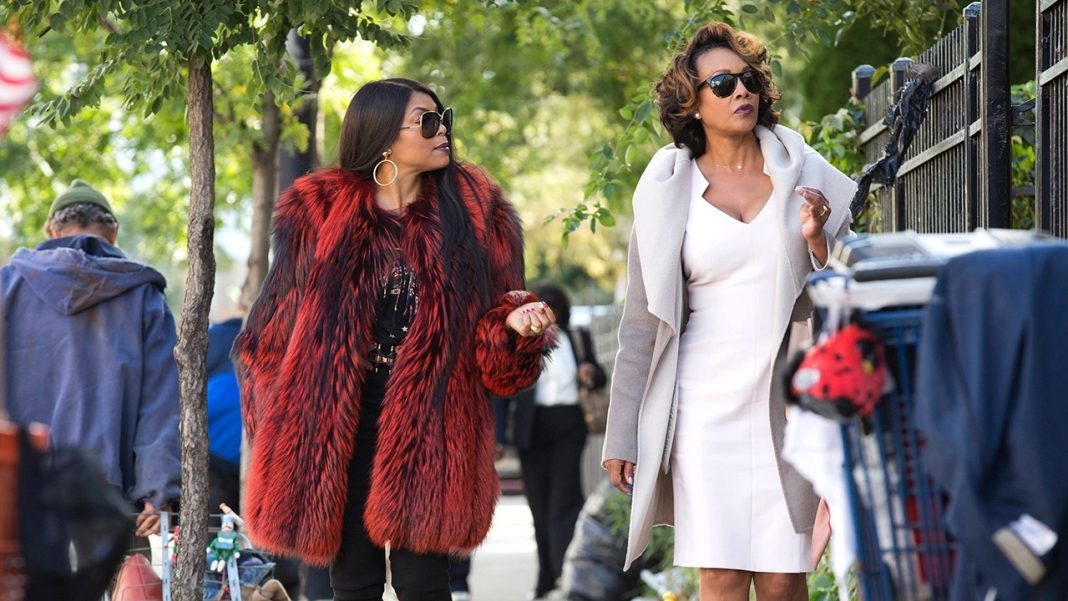 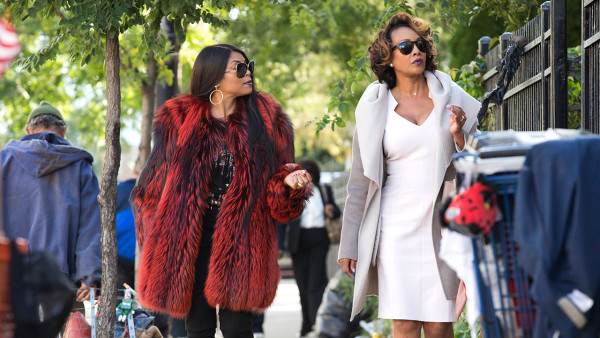 There’s plenty of star cameo’s this week on “Empire,” and the only thing I can say is that the story continues with a surprising twist for one of the characters.

Let me first star off by talking about one of the aspects of the show that is becoming more unbearable- Anika’s obsession with Hakeem. I really do try to understand and see things her way as to why she would become so attached to the young Lyon, but I just can’t come up with anything. The thing about it is the way in which they have taken her from this strong, no bull shit, independent working woman to an unemployed, stalker chick who can’t take a hint is out of character. In fact, it is so much out of character that it is annoying. Her “character arch” has gone backward and the fact that the writers have chosen to do that with her is amateurish and insulting. It’s like they are trying to find a storyline for her. This is especially clear when she pays Rhonda a visit at the new house Lucious just bought for her and Dre, and she tells her about the time in college she cut off a girl’s ponytail (by sneaking into her room) because she was trying to steal Andre. The whole scene and story are just weird. I mean having her bust into one of Hakeem’s house parties, put him on blast in front of Laura and then to have her come to his house later on in the episode so she can confront him about “his love for her” is… just… bad.

Now on to the big news of the night.

Jamal is not gay! Well, he is but, he likes women now too? Or at least that is what we saw this week when he and Sky Summer, a well-established artist played by Alicia Keys, do a song together. He calls himself her biggest fan at a press conference, they work on a song together; they lock lips. It’s a very “interesting” narrative. You know it’ll be that bond they have over the artistry, and who wouldn’t turn a corner for Alicia Keyes? 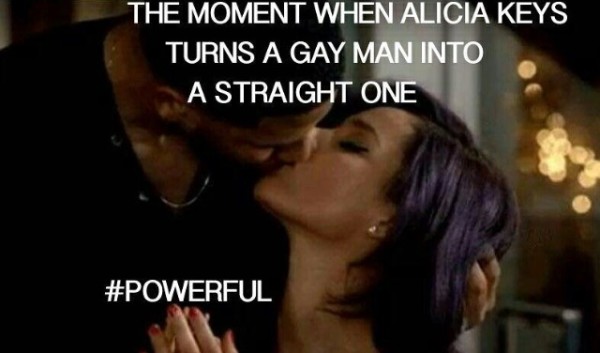 Lee Daniels also guest stars as himself on the show. He is the director of Jamal’s Pepsi music video. He and Lucious have a difference of opinions as far as the direction in which they should go for the video. Lu wants it to, pretty much, be an homage to him, but Lee doesn’t see it that way. “Lucious you represent the past, this kid is the future,” he tells Poppa Lyon. Speaking of Jamal’s music video, we see his cool ass dance moves in this episode, and it just makes him all the more likable.

Alex gets a visit from his boys at Cookie’s, and he immediately puts them in their place. He has fallen for her, and the plan they had to extort her for money is over as far as he is concerned. That’s what he tells Cookie too when he is finally busted by… her baby daddy. Lucious pays her a visit to ask her to release her interest in his early songs for a deal he is trying to make and Alex is there with some wine. It obviously pisses Lu off, he goes looking into his background and finds that he’s  “one of them bully boys.” Cookie is heartbroken. She gives the gun she pulled on Alex to Lucious, and we are lead to believe that Lu and the boys kill him.

Vivica Fox is back this week again as Candace. She and Cookie go looking for Carol all over Philly. They search high and low and don’t find her. Cookie visits Pepper played by Rosie O’Donnell. She is a “cupcakes shop owner” who helps her find Carol. They do, and she and Candace are relieved. They get some breakfast and Cookie, and Candace continue to go at it. Cookie excuses herself to the bathroom and Candace, clearly disgusted and probably a bit jealous of their relationship tells hers, “If only she knew what you did while she was away in prison, it wouldn’t be such a Sister Sledge reunion now would it.” And literally that’s the juiciest thing that happened on the show. I want to know what she’s talking about.

Dre talks his dad into selling their merchandise so that they can acquire Swift Stream. Lu does not want to hear it, but after his “run in” with Lee Daniels, he changes his mind and tells his son to do it because, ya know, they can always buy it back.

Lu meets with Hakeem to offer him one more chance to be a part of the team (not drop his last name) and he, of course, says no.

The episode ends with Sky and Jamal BOTH playing the piano, singing their new “edgier” song “Powerful” and that’s when the kiss that has confused everyone happens.

And just like last week, I have no idea what’s going on and not in a good way.