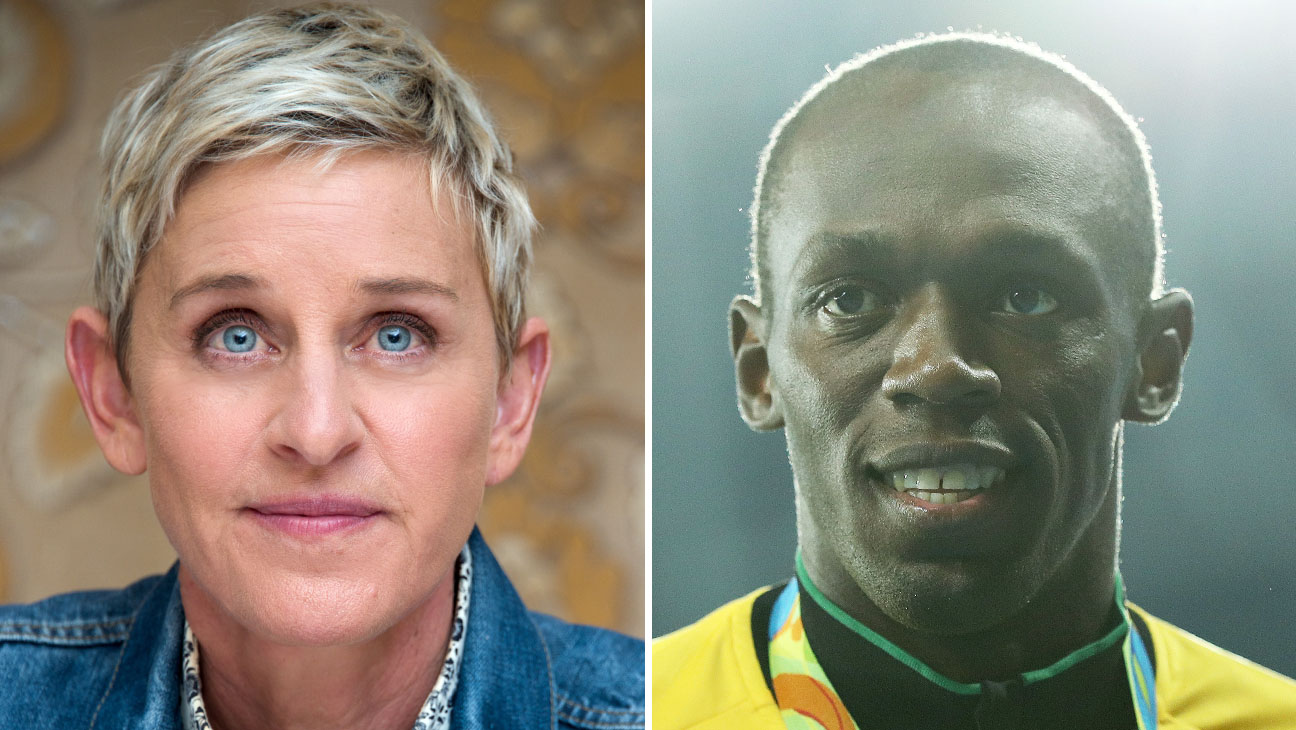 Is Ellen DeGeneres a racist? That is the question running through a lot of folks’ minds at the moment. After a questionable meme in which she photoshopped herself (or her people did) sitting on Usain Bolt’s back as he runs his history-making race at this year’s Olympics with the caption, “This is how I’m running errands from now on,” people are sorely offended.

I have to admit that as I scrolled through my Facebook newsfeed and saw the meme, I stopped and thought to myself, “Mmmm.” My reaction was a mixture of “Why Ellen, why” and “She gone learn today.” But my initial feeling was not “Ellen is Racist.” Nonetheless, it’s unfortunate that that’s what a lot of people are saying.

Ellen is a funny person. She posts these things all the time so I can see (maybe) how she would have thought making this kind of joke would be no big deal. I mean Usain Bolt is fast. Hell, he won Sunday’s 100m finals in 9.81 seconds becoming the first person to win gold in the event for the third consecutive time. But no amount of joking or “just for kicks” can take away the many offensive things the image of a white woman on a black man’s back with that caption communicates. 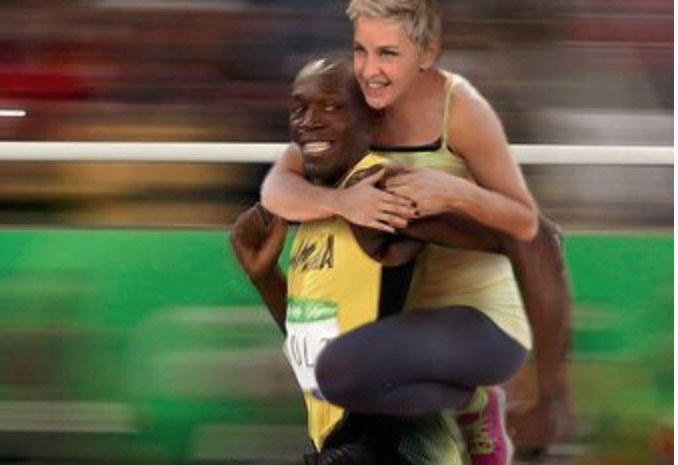 That’s the issue that people have with it, and it’s fair sentiment. I enjoy Ellen as much as the next guy. I’ll accept her saying, “I am highly aware of the racism that exists in our country. It is the furthest thing from who I am.” But even someone as beloved as she is can do things that show just how oblivious white people are to the racial tensions that cause black people to be extremely sensitive and yes, at times, confrontational about racist looking and sounding shit.

I do not know why Ellen thought that meme was a good idea. In fact, if she is as aware of racism as she claims to be, there is no way in hell it should exist. We are at a point where if some is just a little bit questionable, it hits at the deep wound that the black community carries. When these kinds of situations happen, my hope is that white people will see it as a lesson that they learn from so that they can do better. It takes all of us doing our part to eliminate the ugliness of racism, and we have to be cognizant of things that can come off as such.

I look at this ordeal like this. I consider myself to be a good person. I love my family. I give change to the homeless when I have it. If I see a stray dog, it breaks my heart, and I want to take it home. With that, if I post a meme on social media about consent or that gives a semblance of a reference to, say, domestic violence, and it triggers someone, that person has every right to be upset. Although I exclaim awareness of rape culture and how I didn’t intend to hurt anyone, I still did. That doesn’t make me a bad person or someone that condones rape. It just means that I f**ked up and need to reevaluate what I consider to be amusing. I need to check myself.

I honestly think that’s what this situation is. I do not believe that Ellen DeGeneres is a racist. I don’t even think she is coming from a place of privilege, which you know I am all too happy to say if I felt that were the case. This is an instance of misjudgment.

We have to remember the world in which we live right now. It is highly volatile, and the slightest thing can set off a wave of criticism, hatred and division. For the white people who care about the way black people feel (we call you guys allies), I say to you that if something you’re about to do or say seems sketchy or potentially controversial, ax it. While you probably don’t mean anything by it (I am giving you the benefit of the doubt here by the way) don’t put yourself in a situation that questions your intentions.

This will blow over, and Ellen will emerge untouched (that’s privilege). But it is a wake-up call for “non-people of color” who claim to know what’s up. Be more vigilant.

Racism is alive and well in our society. Until it is eradicated, there will always be the need to think twice before sending that cleaver tweet or uploading that funny video.