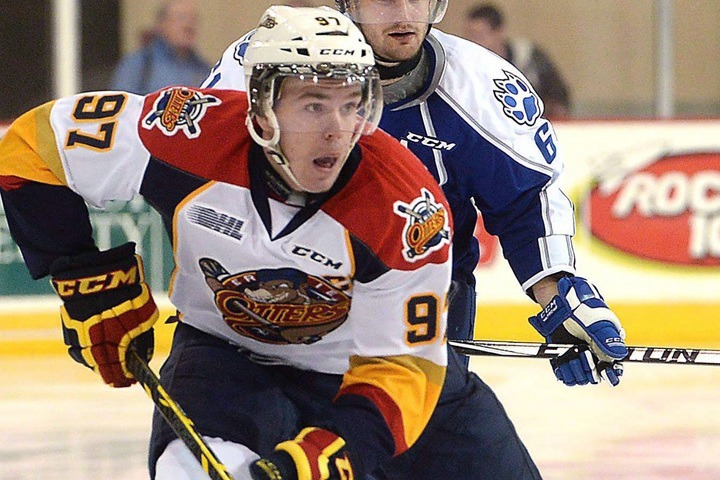 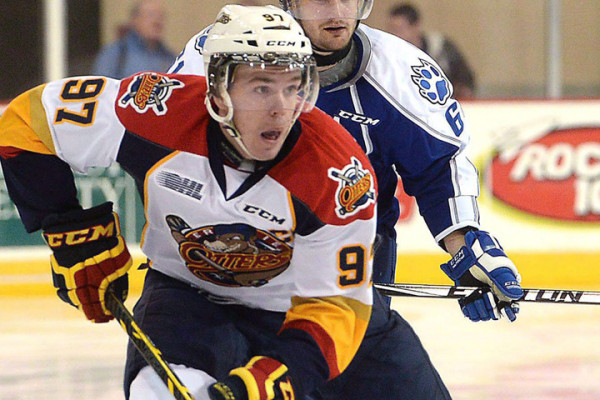 The 2015 NHL Draft, a two-day event, is scheduled for late this month from Sunrise, Florida, a city in the metro Miami area. The Edmonton Oilers hold first pick and it is considered a foregone conclusion that they will use that pick to select Connor McDavid. Suggesting anything otherwise may be considered tantamount to idiocy by many however I’m of the opinion that Edmonton should trade their right to select first for several proven players at the NHL level. Conversely, should the Oilers draft McDavid as expected then I think they should trade him for a cast of other proven talents.

Why should Edmonton do this? One simple proverb explains my opinion: you shouldn’t put all of your eggs in one basket.

McDavid is considered a generational talent, a player that comes along only once every ten to twenty years. He’s already been compared to Sidney Crosby and Wayne Gretzky following an incredibly impressive junior career with the Erie Otters in the Ontario Hockey League.

However before Edmonton select McDavid, I think they should review some very relevant history: namely I think Edmonton should look back at the 1991 NHL Draft and the events that followed.

For those too young to remember, in 1991 Eric Lindros was considered a major talent. Looking back, he was not a so-called “generational talent” as Jaromir Jagr was selected in the 1990 draft, a player who ended up proving more on the ice than Lindross did. But therein lays part of the point that I want to make: there was ample hype surrounding Lindros and yet things did not go as well for the team that got him as they did for the team that traded him.

It’s this point that I think the Edmonton Oilers should consider.

Lindros was drafted first overall by the Quebec Nordiques, a franchise that would soon relocate to Denver to become the Colorado Avalanche. The Nordiques selected Lindros despite the fact that the English-speaking Canadian had previously announced that he would not play in Quebec City. Eventually the Nordiques traded Lindros and this is what they got in return:

Forsberg, the best player in the group mentioned above, is now in the Hall of Fame and, without looking further, the Nordiques/Avalanche won the trade just because they got the Swede. However Mike Ricci also enjoyed a respectable career which included five full seasons of play for Quebec/Colorado.

Looking further, with the 1993 draft pick Quebec took Jocelyn Thibault, a player who was a part of the trade that brought Patrick Roy to Colorado. Furthermore, the $15,000,000 that the Nordiques/Avs franchise received was useful for a lot more than just office equipment. Back in 1991, $15,000,000 could get you Wayne Gretzky for five years, Mario Lemieux for seven, or Brett Hull until he was old.

The Avs, with a nucleus that included Forsberg and Roy, won both the 1996 Stanley Cup and the 2001 Stanley Cup.

Philadelphia didn’t exactly miss out on success with Lindros as the Flyers made the 1997 Stanley Cup Finals. However they also got swept in those finals and Lindros acquired a reputation as being a little bit of a pain during his time in Philly. Furthermore the Canadian had trouble with concussions during his career that ended up limited his offensive totals. In fact they hurt his career totals such that he is not currently in the Hockey Hall of Fame despite being eligible (he should already be in).

In short, the Nordiques/Avs were far better off for trading a major talent than the team that received that talent. It’s worth pointing out that they only succeeded by accident as it was Lindros’ snubbery of Quebec that caused the trade but lessons can still be learned.

Without getting into hypothetical trades, my guess is that the Oilers can end up with a lineup loaded with solid players and a future hall of famer. Making that move would probably land Edmonton in a better position for success in the years ahead than putting all of their proverbial eggs in the proverbial basket does.

But at this point, suggesting that the Oilers should not draft McDavid will draw you some raised eyebrows. In fairness, things could definitely work out for the Oilers with McDavid in their lineup however I still think the best mathematical move is to load up with depth.

When you bank on just one player you risk losing all to bad knees, a bad back, or (knock-on-wood) concussions. Lindros was affected by the latter and Sidney Crosby has been too, another former No. 1 pick.

With depth, you have talented players night-in night-out, even when a key player misses time. The Oilers should pursue this scenario while letting another franchise sink or swim with the OHL standout.