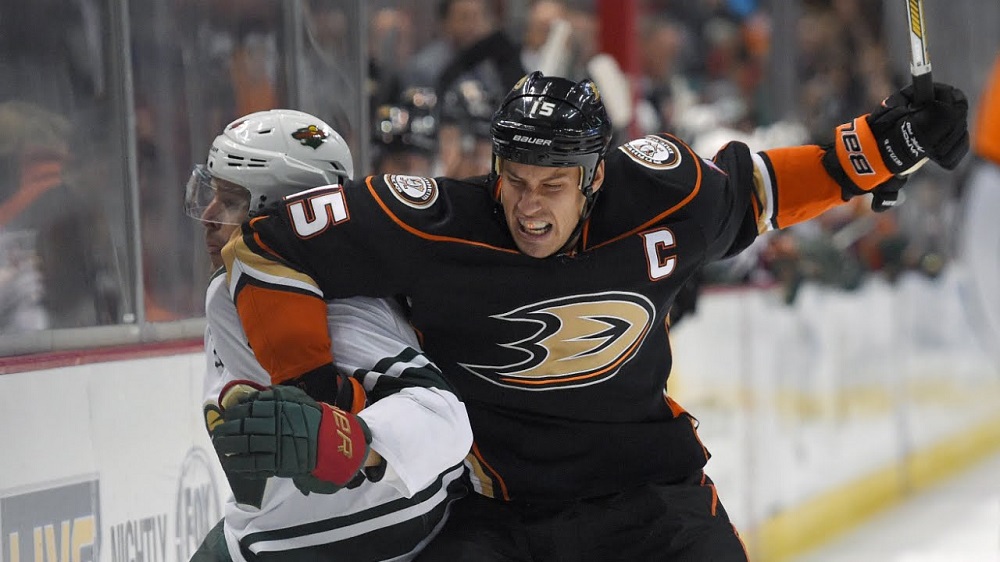 Thursday night was an excellent one in the NHL if you are a fan of the Edmonton Oilers. Not only did they defeat one of their divisional antagonists in the San Jose Sharks 3-2, a result that moves Edmonton into 2nd place in the Pacific Division, but the Anaheim Ducks didn’t have an optimal result either. The result is that the Oilers went two points up on San Jose in the standings, something that seemed unthinkable a few weeks ago, and the Oilers are now just one point behind the Anaheim Ducks for a tie in the division’s outright leader’s department.

Anaheim fans have to be very disappointed with how things went for their side on the night. The Ducks had a comfortable lead over the Winnipeg Jets in the third period. However, the Ducks ultimately lost in overtime, getting just one point in the standings on a night where Edmonton got two. With just over a week to go in the regular season, the Pacific Division hangs in the balance.

Connor McDavid spoke with the media after the game, and he alluded to how tight the standings are right now. With Edmonton clinching a playoff spot a short time ago, he also has his mind on the post-season. From that point of view, a win over the Sharks was important as they did enjoy playoff success last season.

“If you’re gonna go far in the playoffs, all roads lead through (the Sharks),” McDavid said to the post-game media. He went on to claim that the game against San Jose on Thursday was “a good test” for his team “and a big win.”

The Oilers will play San Jose one more time this season, but looking directly ahead is the Pacific Division’s main event at the moment. The Oilers will face the Ducks directly on Saturday night in a game that starts at 10 pm ET, one that the Oilers will host.

Keeping in mind how inexperienced McDavid is at the NHL level, the current stretch of games have to considered the first high-pressure ones of his young NHL career. If Thursday night’s performance is any indication, then he’s definitely looking like a man for the pressure moments. McDavid tallied two points via a goal and an assist for a multi-point night against the Sharks. There are bigger games on the horizon for the young Oilers’ captain, but due to his youth McDavid is getting his first taste of high-pressure NHL action and looking no worse for it.

Heading into Saturday’s important game, both Edmonton and Anaheim are dead even in terms of games remaining in their schedules. That means there are no nagging game-at-hand considerations to ponder over. If Edmonton beat Anaheim in regulation on Saturday, then the Oilers will be in the driver’s seat heading into the last week of action. If Anaheim win in regulation, then the Ducks will be firmly in the driver’s seat with what would be a comfortable 3-point lead with four games to go. An overtime result, depending on which way it went, would see Edmonton and Anaheim either tied in the standings or the Ducks ahead by two.

In short, Saturday’s game will determine who has control over their own destiny for the divisional title and home-ice advantage guaranteed through two rounds of playoffs. A team that loses in regulation will be one that has to play well and watch the scoreboard for the balance of the NHL season.

Despite Anaheim’s loss to lowly Winnipeg on Thursday, both the Oilers and the Ducks are on the hot side. The former have won four straight while the latter are 7-1-2 in their last ten. Both teams have played well during a very bad patch for San Jose, one that has seen them go just 3-7-0 in squandering what was a large divisional lead earlier this month. The Calgary Flames aren’t mathematically eliminated in the Pacific Division picture, but the hot streak they enjoyed earlier this month is long over. Even if Calgary run the tables from this point out, they would need a lot of results involving teams above them to go their way as well.

The Oilers are looking to end an egregious drought of divisional futility. No Oiler team has won a regular season divisional title since the Smythe Division days with Wayne Gretzky. A solid week of hockey ahead may see the 2016/17 Oilers end that drought yet.