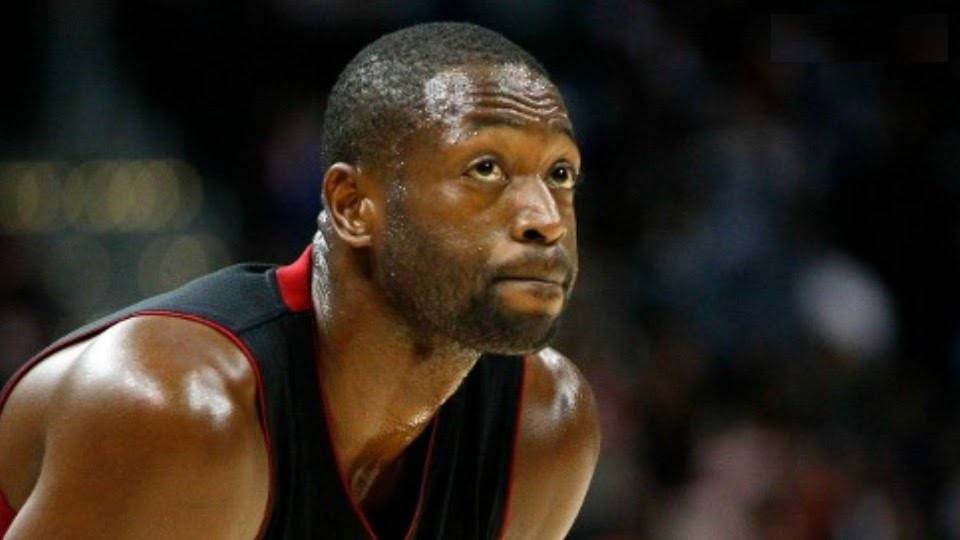 Dwyane Wade didn’t act as a great international ambassador during the opening of Game 3 of the series between the Toronto Raptors and the Miami Heat. The stand-out guard was captured shooting during the Canadian national anthem, something that promises to get him a lot of negative attention when the series returns to Toronto for Game 5. The explanation offered was that Wade did not intend to disrespect, but that rather he likes to finish his warmups off with a hit shot and that required shooting into anthem time due to a cold streak.

Whether Canadians are being overly touchy or not, it’s certainly not the first time that Canada has had at least some call to get a little snippy due to pre-game sports rituals in North America. Major League Baseball fans will remember Game 2 of the 1992 World Series between the Toronto Blue Jays and the Atlanta Braves. During the pre-game performances of the national anthems, the US Marine Corps Color Guard flew the Canadian flag upside-down. Apologies followed but that incident, along with the clutch 9th-inning home run by Ed Sprague, both made the game a memorable one for baseball fans north of the border.


A more notorious anthem incident occurred when the Canadian Football League made a doomed attempt to expand into the USA. In a 1994 game between the Las Vegas Posse and the Saskatchewan Roughriders, one Greg Bartholomew sang the Canadian national anthem. Those familiar with the song’s tune will be better off spending a few awkward moments listening to the singer’s rendition at Youtube instead of reading a verbal account. But the way the vocals were way off in regard to the proper inflections drew sharp criticism. If you just chalk that up to artistic license, there’s still no excusing not getting the lyrics right as it looks like Bartholomew was reading them for the first time as he sang “With growing hearts we see thee rise the true and strong and free.”

A notable anthem incident for Americans came in 1990 when Roseanne Barr sang the national anthem in San Diego prior to a baseball game. However her singing was much more like squealing, and it drew a chorus of boos from the baseball crowd. At the end, Barr grabbed her crotch and mimicked spitting on the ground which appeared to be an insult to the anthem, baseball, and even America. It was later explained that she was just doing what baseball players do as they frequently adjust their jock straps and spit out chewing tobacco during play. 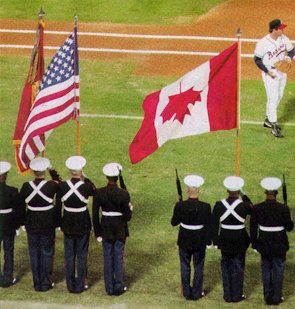 In regard to what’s worse, I don’t think you can blame Barr for not being a great singer, and if we accept the explanations for her body gestures, then it’s all forgivable except for whoever signed her up for the gig. Wade’s affront is one that I would call worthy of some eyebrow-raising, but not necessarily terribly offensive. The Canadian flag going upside down is harder to ignore, but the Bartholomew incident promises to live on for decades as particularly notorious, and it easily belies Wade’s relatively minor slight.

Nonetheless, give sports fans a reason to boo and they will so I don’t think Wade will be expecting any kind of warm welcome in Canada when the series heads north for Game 5. Prior to that, Game 4 goes on Monday evening with the Raptors up 2-1, a game that will come from Miami.