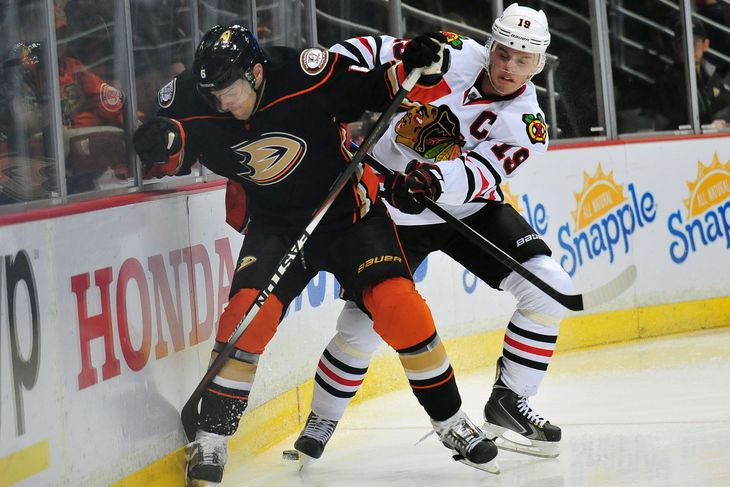 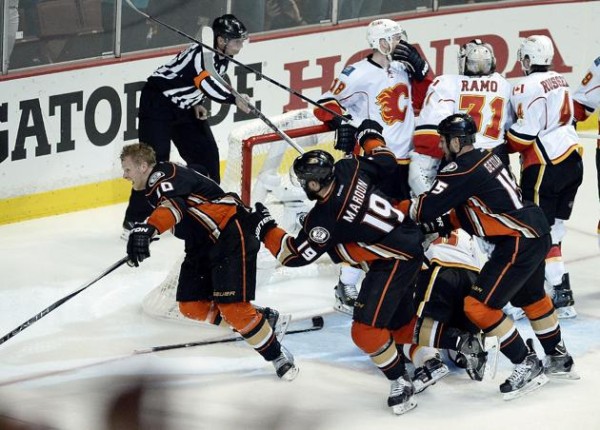 The Calgary Flames, following a loss in game five of their second round series on Sunday night, saw their hopes dashed in the 2015 NHL Stanley Cup playoffs. The Anaheim Ducks, enjoying their best post-season since winning the Stanley Cup eight years ago, have now advanced to the western conference finals behind a 3-2 overtime game five victory.

The scorers for Calgary were Jiri Hudler and Johnny Gaudreau, each player tallying their fourth and final goals of the post-season. For Anaheim, scorers were Ryan Kesler, Matt Beleskey, and Corey Perry, the latter of which clinched the series with the overtime winner.

In the end, Calgary’s problems centered around ineffective defense and puck controlling in front of Karri Ramo. The 28-year old Finnish netminder faced 47 shots on Sunday night, far too many even for a game that went into overtime. His save percentage of .936 shoulda-coulda-woulda been good enough to keep Calgary alive under most circumstances. However the Flames’ skaters needed to curb Anaheim’s offensive opportunities more effectively and they did not.

Speaking on game five after the fact, Ramo had the following statements.

“I guess it’s luck,” he claimed. “It hit me today. But in order to win [against] this kind of team, in order to win a series in playoffs, you have to be able to give up less than three goals a game. That’s the bottom line. I didn’t succeed in that.”

With the series now over and looking back, the second round match-up went pretty much the way it was expected to go. Pre-series, the glaring statistic was the fact that Calgary had not won in the Honda Center in ages. In three playoff games from Anaheim in the 2015 playoffs, true to that trend, the Flames were not able to claim a single victory and that was their major undoing. 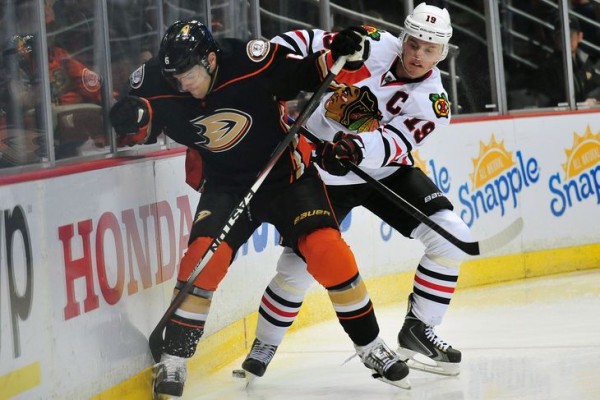 The silver lining with the Flames is that they are pretty good and they are pretty young. With the changes going on in Edmonton, perhaps the Battle of Alberta will mean something again in the near future. But for now, NHL hockey in the western conference is about Anaheim and Chicago, the two teams that will meet in the finals when the playoffs continue later this week.