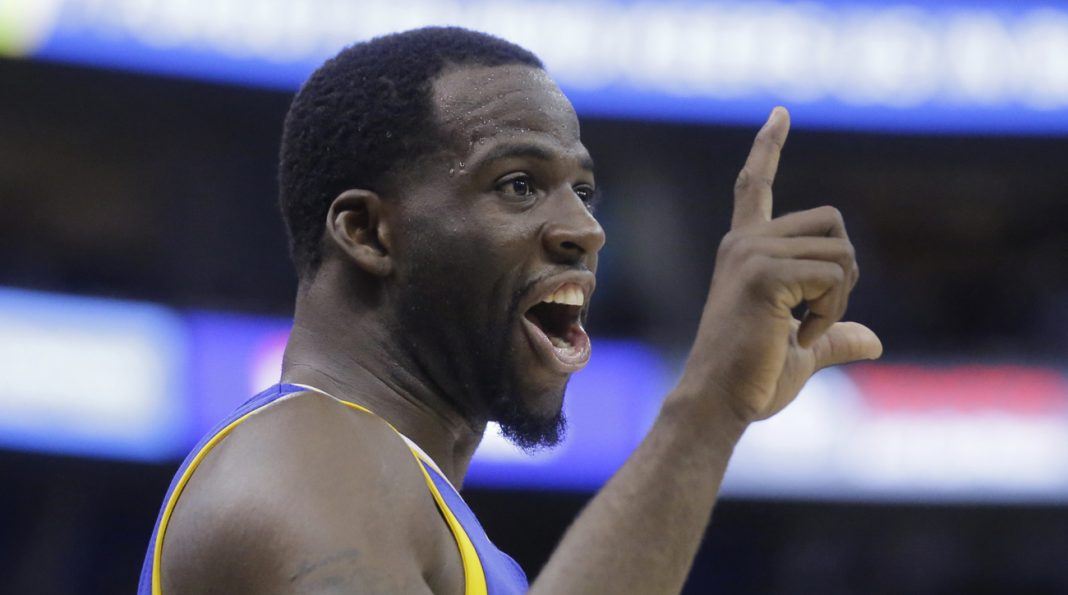 When you’re Draymond Green, criticism comes easy. That’s part of the fallout from kicking everyone in the nuts.

Recently, Green accused Kelly Olynky of being a dirty player, to which Isaiah Thomas quickly responded, takes one to know one.

Now, Green is in hot water for his response to a question about the Cleveland Cavaliers starting out 8-0 in the playoffs with sweeps of the Indiana Pacers and Toronto Raptors. When asked his opinion, Draymond basically said that the Eastern Conference should put up more of a fight.

The headlines, reasonably, read “Draymond Thinks the Eastern Conference is Weak.” Which it is. The Pacers and Raptors really didn’t put up too much of a fight over the course of those eight total games. Even Kyle Lowry admitted that it’ll be near impossible for any team in the East to close the talent gap created by LeBron James.

Fair criticism. Not everyone can win 71 games in a single season and then have the second-best player in the world join them in the offseason. Yet apparently that’s not what Draymond meant. He was simply trying to say that he thinks the Cavs are playing great basketball right now.

“I didn’t say I was disappointed with their competition,” said Green. “First off, people always want to take a piece of a statement and then say, ‘Ah man, Draymond said the Cavs aren’t playing anybody.’ They never say, ‘Draymond said Cleveland is playing great basketball.’ So everybody is always chasing a headline, the controversy. Watching ESPN is like watching a controversial reality TV show. It’s pretty pathetic that that’s the headline everybody wants.”

At the risk of agreeing with or in any way defending Draymond Green, he’s kind of right. The Eastern Conference has been lopsided for a long time, be it the Cavs, Miami Heat, or Boston Celtics.

This season, the Cavs, Raptors, and Celtics make up the hierarchy of power in the East. And with Kyle Lowry liking leaving Toronto, the concentration of power will be condensed to two teams.

In all fairness, however, we need to look at the Western Conference too. While the East is historically top-heavy, the West isn’t much better right now. There is a lot more competition, but the Portland Trail Blazers and Utah Jazz didn’t do any better of a job slowing down the Golden State Warriors than the Pacers and Raptors did with the Cavs. That’s why both teams are 8-0 right now.

Draymond’s rant focused on Cleveland, though. Not his own team.

“‘Draymond is disappointed with who Cleveland plays.’ You think I care who Cleveland plays or how the other team plays?” said Green. “But I am a basketball fan, and I know what I want to watch as a basketball fan. So I don’t understand how all these things are always made so controversial. Not that it alters my daily life. I still go home and have fun with my kids and have a great day. But it’s just ridiculous how everybody is always searching for a controversy. So there goes your headline of the day. ‘Draymond says Cleveland is playing great basketball.’ Let’s see if that one makes it.”

In the West, the Warriors are the team to beat. Now that Kevin Durant is on their side, the list of teams capable of actually beating them is down to the San Antonio Spurs and possibly the Houston Rockets, although I’m skeptical to put them on that list as of yet. Things are no better in Green’s own conference.

The concentration of power in the NBA has hit critical mass. Unfortunately, there isn’t much that anyone can do. While players continue to move around, it would take a lot for another team to rise up and challenge the Warriors or Cavs. That’s why we’ve all accepted that those two teams will be in the Finals last season, this season, and probably another year or two after this.

Maybe if Chris Paul goes to the Spurs, he can help balance things out. Or if the Celtics can use some of the Brooklyn Nets draft picks to acquire Paul George or another big name. But, even then, nothing is guaranteed.

So, while Draymond is right, he’s also sort of hypocritical. So, yes, he still sucks.