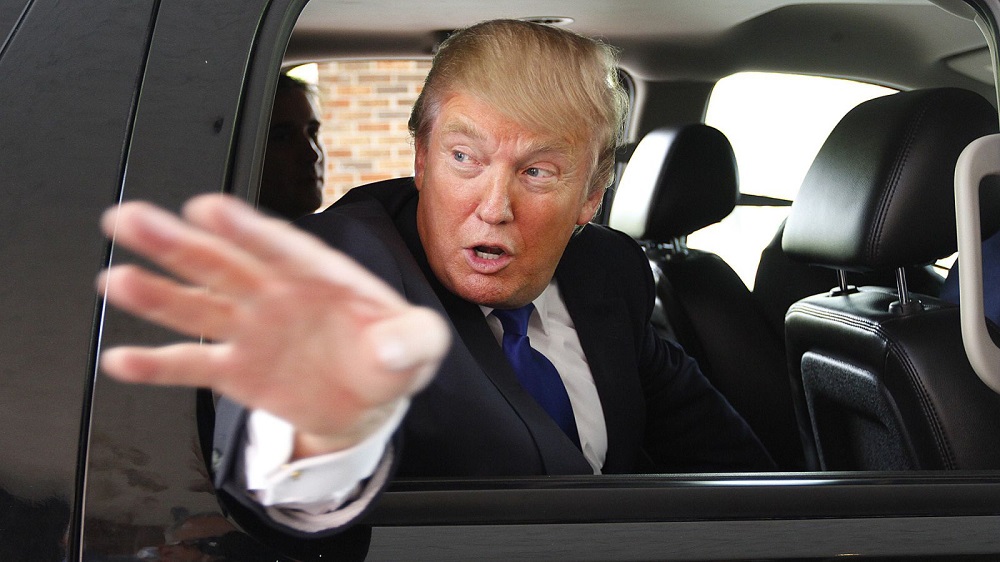 President Donald Trump seems to really really want to take over Chicago as Tuesday was the fourth time in three weeks that he’s singled out the city for its violence. He started with his Twitter campaign on Jan 2 and continually mentions about sending ‘help’ if they can’t solve their problems.

Chicago murder rate is record setting – 4,331 shooting victims with 762 murders in 2016. If Mayor can't do it he must ask for Federal help!

During a White House meeting with sheriffs, he repeated an oft-debunked claim that the United States murder rate is at its highest rate in 45 years.

“If you ran Chicago, you would solve that nightmare; I’ll tell you,” Trump told visiting sheriffs. “I’ll bet everybody in the room … would raise their hand, because to allow, I mean literally hundreds of shootings a month, it’s worse than some of the places that we read about in the Middle East where you have wars going on.”

“And yet the murder rate in our country is the highest it’s been in 47 years, right?” the president said. “Did you know that? Forty-seven years. I used to use that — I’d say that in a speech and everybody was surprised. Because the press doesn’t tell it like it is. It wasn’t to their advantage to say that.

Last week, he tweeted, “If Chicago doesn’t fix the horrible ‘carnage’ going on . . . I will send in the Feds!” In his first interview as President, he told ABC’s David Muir that Chicago’s leaders are “not doing the job. Now, if they want help, I would love to help them. I will send in what we have to send in.”

Trump’s statements on Chicago’s violence have been ambiguous, leaving observers to discern his intent, or, as Kellyanne Conway has suggested, to discern what is in his heart. Is President Trump extending a hand, and offering to increase resources for federal agencies already working with the Chicago police, perhaps by providing more agents from the Federal Bureau of Investigation, the Drug Enforcement Administration, and the Bureau of Alcohol, Tobacco, Firearms, and Explosives? Mayor Rahm Emanuel told reporters that Chicago would welcome that sort of continued help. But many in the city suspect that in the words “I will send in the Feds!” Trump really meant deploying the National Guard. The President has made his tough law-and-order views clear, and his tweet—exclamation point and all—read more like a threat than an offer of assistance.

The biggest problem is that he is quick to use false information to do something alarming in this country. His pal Alex Jones used to cry out about politicians using these tactics to declare marshall law on cities, but suddenly, it’s not such a big deal any longer. 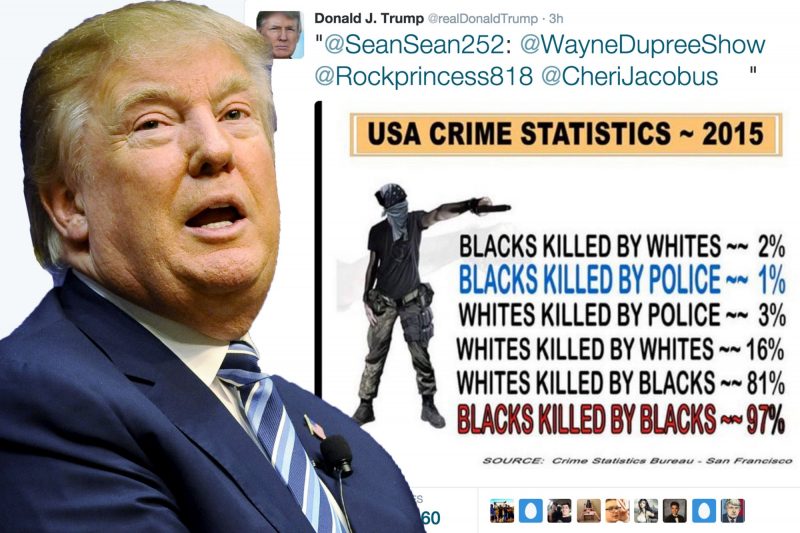 After years of decline, homicides in Chicago have been on the rise and exceeded 760 last year, the worst in two decades. Violence remained stubbornly high in January as homicides and shootings kept at about the same levels as a year earlier.

Trump has misrepresented crime statistics on several occasions. He stated last month that Philadelphia’s murder rate has been “terribly increasing” even though it dropped slightly last year. The city’s murder rate rose in the previous two years but remained substantially lower than in past decades.

He also incorrectly claimed that two people “were shot and killed” in Chicago during then-President Barack Obama‘s farewell speech on Jan. 10. Although Chicago has experienced a surge in murders compared with previous decades, no one was fatally shot in Chicago that day, police records show, much less during Obama’s speech.

Virtually all of Chicago’s leaders, from the Mayor to the Cardinal to the city’s police superintendent, have decried the possible use of the National Guard. “I mean, the National Guard, give me a break,” Congressman Danny Davis, whose grandson was shot and killed this past November over a pair of sneakers has said. “What would the National Guard have to do with poverty and lack of opportunities? I say: Mr. Trump, come and let us reason together. . . . The approach that’s being talked about would only create more tension.” In effect, Davis suggested, by calling in the National Guard we’d be declaring war on our own.