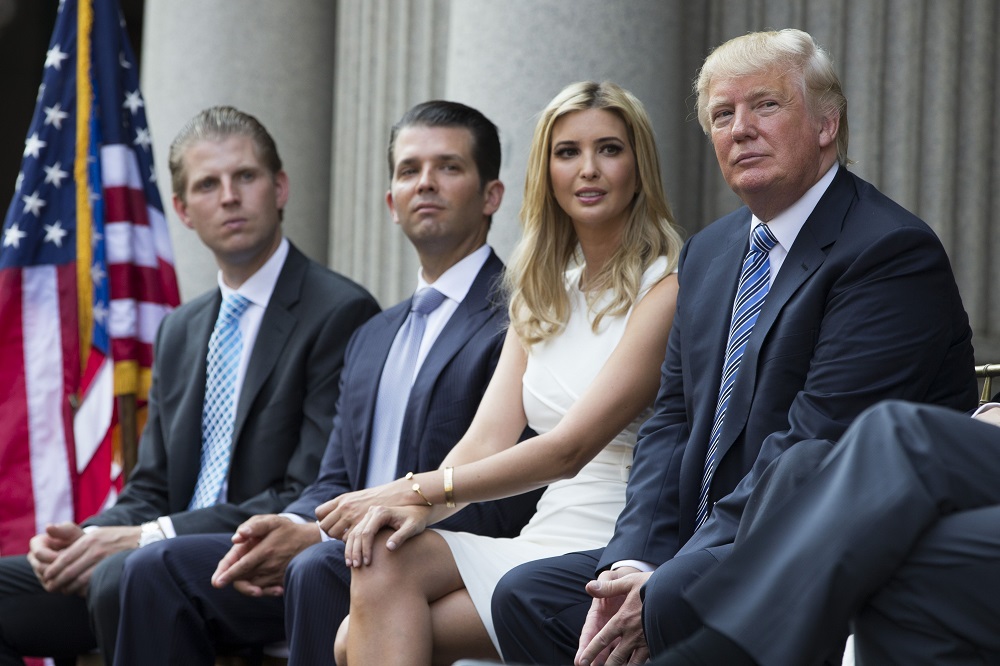 One thing about President-elect Donald Trump; he truly values his children’s input with his Trump business. One thing with his children, they love keeping that thin line very blurry between traipsing between the White House and their father’s company.

Nearly every morning since their father’s stunning victory on Election Day, three of Donald Trump’s grown children walk through the Trump Tower lobby and board an elevator. But are Don Jr., Ivanka and Eric going to the campaign office on the fifth floor? Their business offices on the 25th floor? The president-elect’s penthouse on the 56th floor?

That uncertainty highlights the multiple roles the children play for their father. For the past year, the lines were constantly blurred between political campaign and business empire, raising questions about a possible conflict of interest between Trump’s White House and his sprawling business interests.

The children are poised to wield incredible influence over their father, even if they don’t follow him to Washington. Trump said consistently during the campaign that if he won, those children would stay in New York and run his business. But the three – plus Ivanka’s husband, Jared Kushner – were all named to the transition team’s executive committee.

So far, they’ve been heavily involved in shaping the new administration. They’ve sat in on meetings and taken late night calls from their father. They advocated for making Reince Priebus, the Republican National Committee chairman, the White House chief of staff. They counseled against bringing back Corey Lewandowski, Trump’s first campaign manager, who was fired in June on their advice.

On Thursday, Ivanka Trump and Kushner were present for the president-elect’s meeting with Japanese Prime Minister Shinzo Abe at Trump Tower.

Trump has insisted he will build a wall between his White House and his company by placing his holdings into a blind trust, but with his children as its trustees. Federal requirements are that independent outsiders run such trusts. 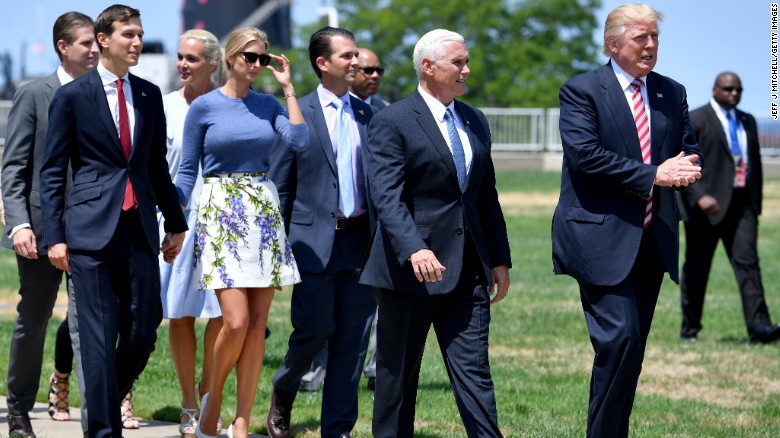 “We are in the process of vetting various structures with the goal of the immediate transfer of management of The Trump Organization and its portfolio of businesses to Donald Jr., Ivanka and Eric Trump as well as a team of highly skilled executives,” Trump spokeswoman Hope Hicks said. She said the structure “will comply with all applicable rules and regulations.”

Trump’s company would be the largest business portfolio to belong to a modern sitting president. Federal ethics rules would allow Trump to run his business interests from the White House, or, perhaps more likely, influence decisions made by his children.

That raises conflict of interest concerns. For example, Trump could set domestic policy while making deals abroad that could affect his corporation, even if it were technically in his children’s hands.

Kellyanne Conway, a senior adviser, disputed the idea that the Trump children’s involvement in the transition could lead to a breach of trust.

“You’re presuming that they are doing certain things that they should not be doing,” Conway said. “They are his children. And they’ve been his business colleagues for a long period of time. They obviously will support their father as president.”

But the potentially problematic entanglement revealed itself this past week when Ivanka Trump’s company promoted a $10,800 bracelet she wore during a “60 Minutes” interview on CBS. The spokeswoman for the company later apologized.

The children – they were not made available for interviews – are limited in what formal role they could take in a Trump administration.

Congress passed an anti-nepotism law in 1967 that prohibits the president from appointing a family member to work in the office or agency they oversee. The measure was passed as a reaction to President John F. Kennedy appointing his brother Robert as attorney general.

But the law does not appear to prevent the children – or Kushner, who is one of Trump’s closest aides and is said to be weighing a White House role – from serving as unpaid advisers or providing informal counsel.

The three grown children – their mother is Ivana Trump, Trump’s first wife – delivered well-received speeches at this summer’s Republican National Convention in which they tried to humanize their father.

Don Jr. and Eric were staples on conservative radio and on the road, trekking to campaign offices and small rallies across battleground states like Ohio and North Carolina. Ivanka Trump, meanwhile, was utilized in some of the campaign’s biggest moments, including introducing her father before his convention speech, unveiling his family leave plan and campaigning across the crucial Philadelphia suburbs.

Another daughter, Tiffany Trump, a recent college graduate whose mother is Trump’s second wife, Marla Maples, also made appearances on her father’s behalf. Trump’s youngest child, 10-year-old Barron, whose mother is the president-elect’s current wife, Melania, is enrolled at a private Manhattan school. Trump on Sunday told reporters that Mrs. Trump and their son will move to Washington after the school year ends.

For the three eldest Trump kids, there were bumps in the road.

Eric and Ivanka were the subject of some embarrassing headlines when it was revealed that they were not registered to vote in time for their father in the New York primary. An African big-game safari Eric and Don Jr. took drew criticism from animal rights activists. And Don Jr. has received criticism for tweeting images likening Syrian refugees to a poisoned bowl of Skittles candy and a cartoon character appropriated by white supremacists.

But now they stand poised to be the most influential presidential children in decades, as recent White House offspring have been far younger than the eldest Trump children, who are all in their 30s. During the campaign, Eric Trump insisted that the children’s main focus “was the company,” but “we’d always be one phone call away” if needed, the younger Trump told media outlets in May. “We’d do anything for the man.”