Home All News Politics Is Donald Trump using immigration to keep his base happy? 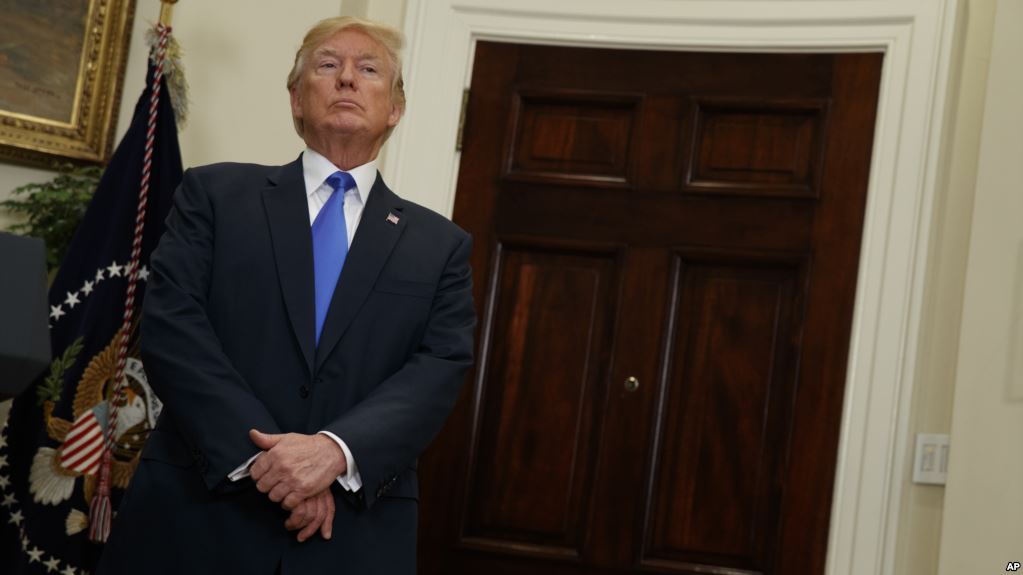 When the signs are clear, there is no sugarcoating what they all point to, and in the case of immigration in America, there is no mistaking – Donald Trump has an issue with people that aren’t white.

In fact, he not only has an issue with people who aren’t white, but he also seems to hate women, gay men, lesbians, the disabled, poor folks, trans people, and fat people. They’re all pretty low on his totem pole of important things. The many wars he continues to wage against these groups are petty, they are cruel but most of all they are rooted in classism, elitism, prejudice and white supremacy. Trump has shown us time and time again that his idea of a great America is a white America. An America where black and brown people are inferior, women take their rightful places (in the kitchen, on their backs and on their knees), poor people tough it out in the ghettos and trailers parks and queer folks don’t exist. He wants a plain as hell, boring, unseasoned fried chicken ass country and his current quest to “straighten out ” this country’s immigration problem is proof.

It always burns me up when I hear white people talk about illegal immigrants or black people or any person of color that they deem to be such a nuisance on American humanity. They want us to just go back from whence we came. It is one of the most ignorant notions in life because white people… wait for it… are goddamn immigrants too. Just because they killed the indigenous population of this land all those years ago and declared themselves the rulers of the world does not erase their immigration status in America. Simply put, we are all immigrants (except for native Americans and I even argue Mexicans) and if they want to play that game of sending someone back where they “belong” they can lead the way; by all means. And while I am on the subject, I believe we should call white people European Americans as well. If they want to call me and my ancestors African Americans because they ripped us from our native land (and thus stripped us of our true culture), then that logic should apply to everybody who came here via boat in 1492 and beyond. Calling black Americans African American while referring to white Americans as just American or Caucasian low key and very slickly diminishes the hardships and horrors we faced. We played, and continue to do so, pivotal roles in building a country that has never acknowledged our power, beauty or efforts. It like saying that this country really isn’t our country thus our African ancestry needs to be mentioned when referring to us, so there is no confusion. But I digress.

There is so much bullshit entangled in conversations about immigration. The right-wing idiots claim that illegal immigrants, mostly Mexicans, are a plague that needs to be handled. They are rapists, murderers, and drug dealers. If the truth were told, everything they try to say about Mexicans really applies to half, if not more, of the politicians in Washington who are calling for “immigration reform.” I mean, look at who is in the white house. And in the case of “illegals” stealing American jobs, that’s a load of crap too because the ones crying about this being an issue are the main ones HIRING them to work their lands OR outsourcing their manufacturing to other countries. I am talking to you, Donald Trump.

When it comes down to it, any talk of immigration laws that involves sending people back to wherever they came from is rooted in hypocrisy. How dare white people disregard the fact that they too have a native land that is not America? Also, the vetting process that Trump’s policy advisor Stephen Miller wants to use to determine the number of legal immigrants entering the country is troubling. According to a recent article by NPR, Miller claims that the U.S. has got to stop giving out green cards to immigrants without any regard to if they will be able to”pay their own way or be reliant on welfare, or whether they’ll displace or take a job from an American worker.” Oh, the propaganda and spinning taking place by this administration.

Trump and his people are attacking everything they can, regardless of how it looks or what the effects of their actions will be. There is no question in my mind that their doing so is a result of #45’s own personal angst with POC and other marginalized groups as well as his need to keep the copious promises he made to conservative and greedy and unethical special interests groups. Immigration is not the most pressing issue facing American right now. Aside from losing our prominence amongst world leaders daily, the possibility of a foreign entity attacking us on our soil and millions of Americans dying because they just don’t deserve adequate health care, the greatest issue we face possesses an alarmingly inflated sense of self and takes two and a half-week vacations in the middle of Russian investigations.

Immigration is not the problem that people are making it out to be. It is, however, one hell of a fitting smoke screen.