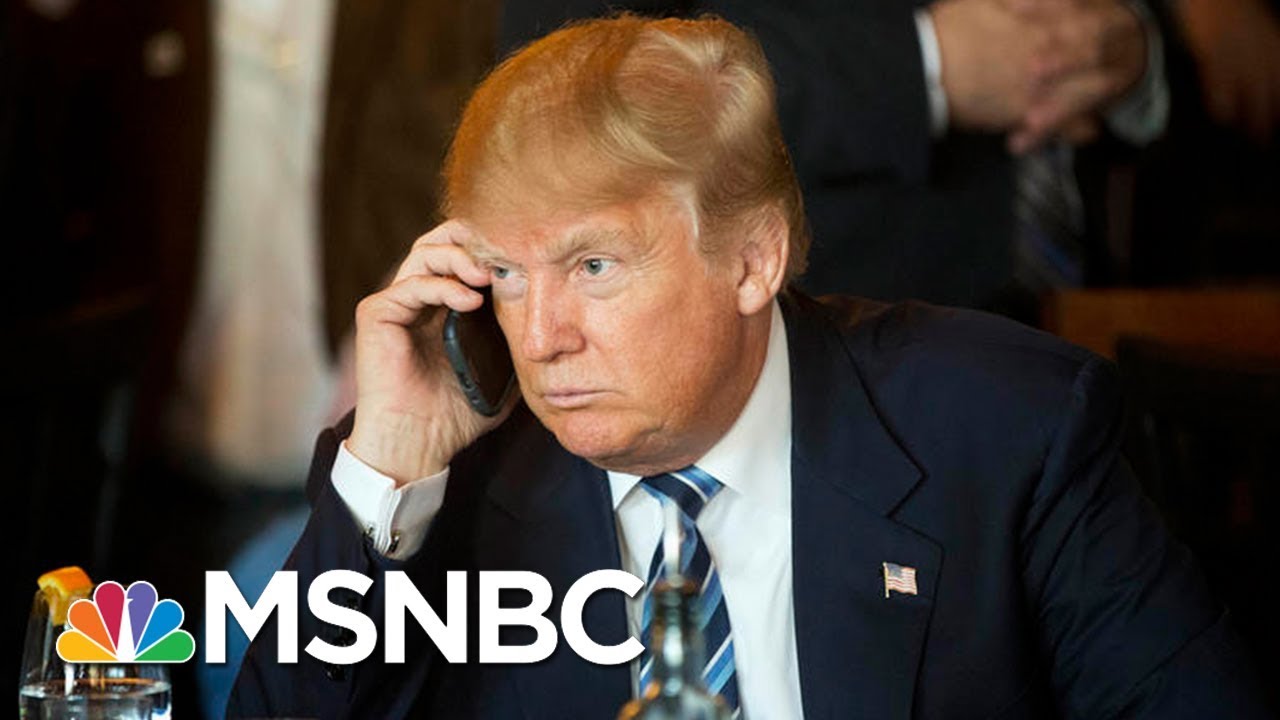 Donald Trump may not be the best thing for the United States of America, according to some people, but he’s been a boon for cable news ratings. MSNBC has been the biggest recipient for those as many Trump opponents continually head over there to discuss the latest White House scandal.

For the first month since CNN’s Larry King owned cable news in October 2001, the most popular personality in prime-time doesn’t work for Fox News Channel. Rachel Maddow of MSNBC is the new champ.

Her network achieved other milestones in July, including its closest finish to Fox since 2000 and largest margin of victory over CNN ever. The numbers illustrate a surge in popularity at MSNBC, where politics has become prime-time entertainment. Like late-night comic Stephen Colbert can attest, having President Donald Trump as a regular punching bag is great for business.

“I thought there would be a lot of interest in news,” said MSNBC President Phil Griffin. “I had no idea this would happen.”

It’s especially noteworthy because the year after an election traditionally signals a slump in cable news ratings. During prime-time weekday hours in July, Fox News averaged 2.36 million viewers – still more than any other cable network, news or entertainment. MSNBC was at 2.13 million and CNN at 961,000, according to the Nielsen company.

A wider view illustrates how things have changed. Earlier this year, Fox routinely had more viewers than MSNBC and CNN combined. Those two networks frequently duke it out for second place; last November CNN averaged 1.83 million viewers to MSNBC’s 1.64 million, Nielsen said. MSNBC took over second earlier this year, and the gap continues to widen.

MSNBC’s Maddow, Chris Hayes, and Lawrence O’Donnell follow Trump with a critical eye each evening. The rapid pace of new developments, often aided by the fierce competition for scoops between The New York Times, Washington Post and other outlets, gives MSNBC a fresh helping of outrage every night for Trump critics eager to lap it up.

“They’re not interested in someone looking to be impartial,” said Rick Kaplan, former president of both MSNBC and CNN. “They want the same kind of red meat that a lot of conservatives wanted from Fox 10 years ago.”

Griffin believes a key to MSNBC’s success is that its hosts aren’t just spouting talking points, that their programs contain solid reporting. Maddow’s ability to make connections and tell stories is beloved by fans who want to get absorbed by the issues, even if they can be frustratingly slow for the non-believers.

“People want depth,” he said. “This is a complicated time.”

CNN believes that MSNBC’s success doesn’t come at its expense. The network is on pace to have its second-highest prime-time viewership since 2008 and best ever in full-day ratings, Nielsen said. CNN also is comfortably profitable, with more advertising revenue at this point in the year than ever before, the network said.

Essentially, MSNBC’s surge is fueled by newbies, people who weren’t regular cable news viewers. So the question remains of why these people are primarily going to MSNBC instead of CNN.

CNN’s prime time is panel-based, with a stream of people talking about the news. Unlike MSNBC, CNN regularly includes Trump supporters in the mix and some of those – think Jeffrey Lord – infuriate the president’s opponents. CNN’s immediate announcement that it wasn’t interested in outgoing White House press secretary Sean Spicer as a contributor was understandable given the administration’s biting attacks on the network, but Spicer is likely to be more skilled than Lord.

While Trump has ripped CNN relentlessly, MSNBC has gotten off easily – with the prominent exception of “Morning Joe” hosts Joe Scarborough and Mika Brzezinski. It’s hard to tell whether those attacks have undermined CNN with potential viewers, or if most people receptive to them would be watching Fox, anyway.

Maddow’s ratings victory comes with one asterisk: she no longer has Fox’s Bill O’Reilly to compete with. O’Reilly’s ouster in April after harassment charges, coupled with Megyn Kelly’s departure for NBC, leaves Sean Hannity as the one constant in Fox’s prime-time lineup. The network’s 2.36 million viewers in July compares to 3.82 million in February.

Fox’s revamped lineup may not be as appealing. Fox’s hosts also strongly back a president who has been buffeted with bad news and is supported by one-third of the public. Time will reveal the determining factor in the network’s loss of strength.

MSNBC recently moved to shore up a weak spot in its lineup, replacing Greta Van Susteren with Ari Melber at 6 p.m. ET. The weekend – a mix of live and long-form programming – is another test. Will MSNBC’s leaders spend the money necessary for more live news programming on Saturday and Sunday to make the network more competitive then?

Griffin, who has been with MSNBC since its 1996 launch, understands the relentlessly cyclical nature of his business enough to enjoy this run.

“As someone who has been here, loves this place, believes in it,” he said, “I’ve never seen it like this.”