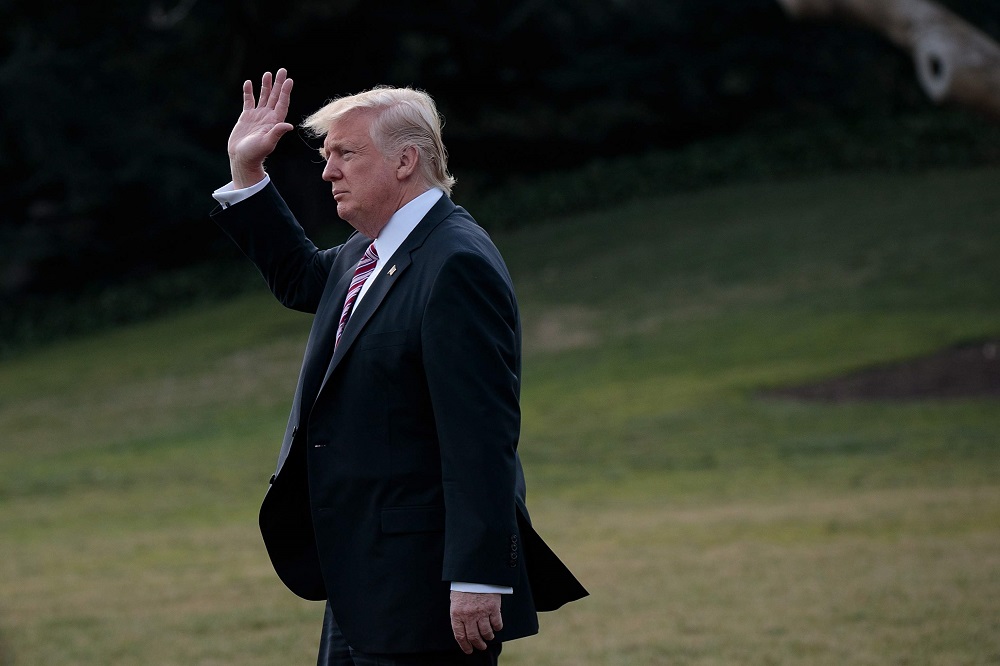 As Donald Trump is coming up on his first month of being president, a petition that quickly went up calling for his impeachment has garnered well over 800,000 signatures. It is averaging close to 50,000 signatures each day. While it may be appealing to many, including those having seconds thoughts after voting for him, impeaching a president isn’t such an easy task.

Calls for his impeachment are trending on the internet, and the website firedonaldtrump.org breaks down why people feel he should be impeached along with https://impeachdonaldtrumpnow.org/ that allows people to sign the petition.

Attorney Ron Fein, legal director for Free Speech for People, explains that the online petition is hoping to get Congress to investigate impeaching Trump.

“No modern president has displayed the casual indifference to the Constitution and the rule of law that President Trump shows. The violations, the corruption, and the threat to our republic are here now, but they will only get worse the longer he stays in office.

“Americans deserve a president who is not beholden to foreign governments to keep his businesses afloat, and whose decisions about bread-and-butter, not to mention life-and-death matters, will not be used to prop up Trump Towers around the world.”

Rep. Maxine Waters (D-CA) recently said that the thought of impeaching President Donald Trump is there, “we just have to dig deeper, do the investigation and find it.”

When it was asked about her views on impeachment, Waters also added that many people may call it soon, but it is never too early based on how dangerous “this man really is.”

“I do believe that there is a connection between the Ukraine and Donald Trump and of course Russia. I think that he colluded with Putin during the election and that hacking and everything that took place. I think that it’s there, we just have to dig deeper, do the investigation and find it.”

Right now, there’s plenty of controversy swirling around the Trump administration, especially with Michael Flynn being on thin ice at the White House. This is stemming from the national security adviser not being able to deny that he spoke about sanctions against Russia with the Russian ambassador before Donald Trump took office.

It’s been learned that he was speaking with Russia during the Trump campaign which makes things a bit more prickly especially since Vice-President Mike Pence stood up to defend Flynn stating that he did none of this.

While Trump’s approval rating is at a historic low and dropping, disliking him isn’t grounds for impeachment. Congress would have to find him guilty of treason, bribery or “other high crimes and misdemeanors.” The impeachment campaign is focusing on Trump’s “unprecedented conflicts of interest” as their argument. 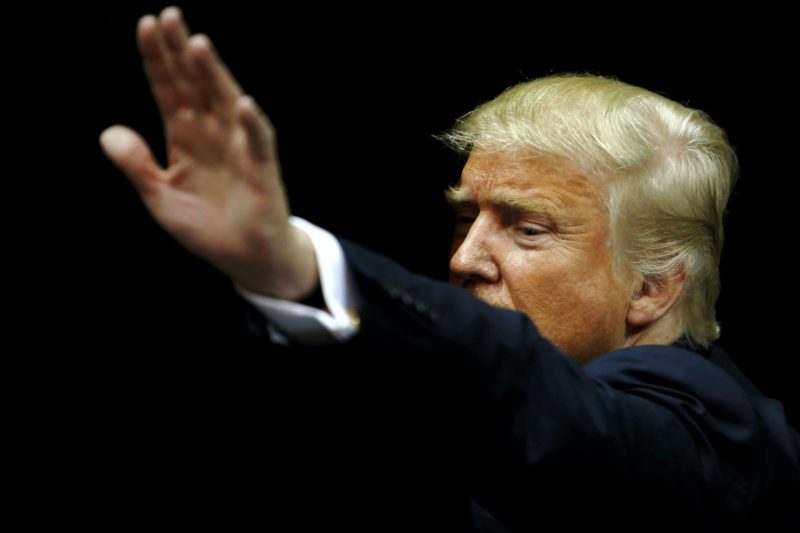 Below is the reason why this group is calling for Donald Trump’s impeachment:

The nation is now witnessing a massive corruption of the presidency, far worse than Watergate. Indeed, Nixon White House Counsel John Dean has told reporters: “I don’t think Richard Nixon even comes close to the level of corruption we already know about Trump.”[1] Given the opportunity of ten full weeks between the election and the inauguration to divest his business interests, Mr. Trump chose instead to announce, just nine days before inauguration, a wholly inadequate plan to step away from operations, but not ownership or income streams, of the Trump Organization. Instead, he has chosen to profit from the presidency at public expense, in violation of the United States Constitution. The violations, the corruption, and the threat to our republic are here now.

Crucially, some of these business arrangements violate the U.S. Constitution’s Foreign Emoluments Clause, which provides: “[N]o Person holding any Office of Profit or Trust under [the United States], shall, without the Consent of the Congress, accept of any present, Emolument, Office, or Title, of any kind whatever, from any King, Prince, or foreign State.”[3] The purpose of this provision is to prevent foreign influence or corruption. “Emoluments” from foreign governments include “any conferral of a benefit or advantage, whether through money, objects, titles, offices, or economically valuable waivers or relaxations of otherwise applicable requirements,” even including “ordinary, fair market value transactions that result in any economic profit or benefit to the federal officeholder.”[4]

Many of the Trump Organization’s extensive business dealings with foreign governments, businesses owned by foreign governments, and other foreign leaders violate this ban. A recent legal analysis by Prof. Laurence Tribe of Harvard Law School, Ambassador (ret.) Norman Eisen (former chief ethics counsel to President Barack Obama), and Professor Richard Painter (former chief ethics counsel to President George W. Bush) concluded that Mr. Trump would be violating the foreign emoluments ban from the moment he took office, due to “a steady stream of monetary and other benefits from foreign powers and their agents” deriving from his existing business arrangements.[5] As a result, since he did not divest his business operations before inauguration, he has been violating the Foreign Emoluments Clause since the moment he took office.[6]

Examples of existing business arrangements that constitute violations of the Foreign Emoluments Clause include:

Trump’s business partner in Trump Tower Century City (Manila, Philippines) is Century Properties. (Trump is not the developer; he has a brand licensing contract.) The head of Century Properties is Jose Antonio, who was just named special envoy to the United States by the president of the Philippines.[7] Payments from a company owned by a foreign government official are foreign emoluments.

China’s state-owned Industrial and Commercial Bank of China is the largest tenant in Trump Tower. It is also a major lender to Trump.[8] Both its regular rent payments, and its ongoing extension of credit, are foreign emoluments.

Foreign diplomats have already begun shifting their D.C. hotel and event reservations to Trump International Hotel, to curry favor or at least avoid insulting the president.[9] Indeed, the Embassy of Kuwait was reportedly pressured by the Trump Organization to change an existing reservation and reschedule the event at the Trump International.[10] Payments by foreign diplomats for lodging, meeting space, or food at the hotel are foreign emoluments.

Similarly, the Constitution’s Domestic Emoluments Clause (also known as the Presidential Compensation Clause) provides: “The President shall, at stated Times, receive for his Services, a Compensation, which shall neither be encreased nor diminished during the Period for which he shall have been elected, and he shall not receive within that Period any other Emolument from the United States, or any of them.”[11] This provision, which is not waivable by Congress, is designed to prevent corruption, as Alexander Hamilton explained:

“Neither the Union, nor any of its members, will be at liberty to give, nor will he be at liberty to receive, any other emolument than that which may have been determined by the first act. He can, of course, have no pecuniary inducement to renounce or desert the independence intended for him by the Constitution.”[12]

Furthermore, as noted above, “emoluments” are not limited to monetary payments; they also include economically valuable favorable regulatory actions. President Trump’s control over the vast modern powers of the executive branch means that regulatory action affecting his businesses favorably constitutes an “Emolument from the United States.” For example, President Trump’s ongoing lease of Washington, D.C.’s Old Post Office, in which the Trump International Hotel is located, violates an explicit clause in the General Services Administration lease contract providing: “No . . . elected official of the Government of the United States . . . shall be admitted to any share or part of this Lease, or to any benefit that may arise therefrom . .. .”[14] In late November, members of Congress wrote the GSA requesting information about the “imminent breach-of-lease and conflict of interest issues created by President-elect Donald Trump’s lease with the U.S. Government for the Trump International Hotel building in Washington, D.C.”[15] The GSA responded in mid-December that it could not make a determination “until the full circumstances surrounding the president-elect’s business arrangements have been finalized and he has assumed office.”[16] His business arrangements have been announced (not including any divestment of the hotel) and he has assumed office, but the GSA is not pursuing any legal action to enforce the provision. That favorable regulatory treatment provides President Trump a significant financial benefit from the federal government above and beyond his federal salary.

Finally, the Committee should also investigate whether President Trump is violating the the Stop Trading on Congressional Knowledge Act of 2012 (STOCK Act). The STOCK Act is one of the few federal ethics statutes that specifically includes the President. Among other provisions, it prohibits the President from (1) using nonpublic information for private profit, and from (2) intentionally influencing an employment decision or practice of a private entity solely on the basis of partisan political affiliation.[17]

If you’re in agreement with this, you can head over to sign the petition.