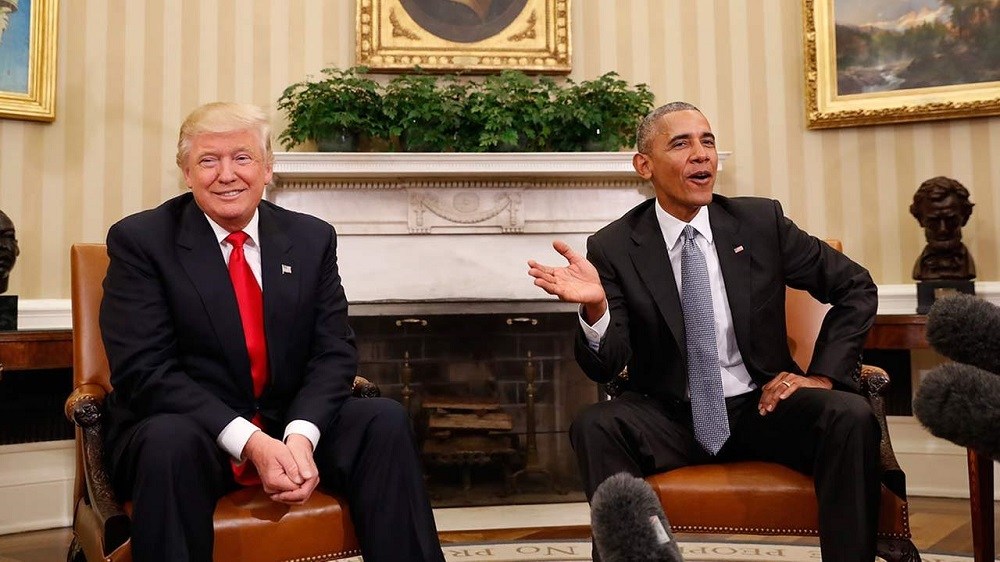 America’s President-elect Donald Trump is setting the tone already with the media as he’s already changing things letting the public know that they won’t be getting full access to him.

He’s already said he’ll be doing things differently, so America is getting an idea of what to and not expect.

His response to the protestors is also showing which version of Donald Trump we will be getting in the White House.

Just had a very open and successful presidential election. Now professional protesters, incited by the media, are protesting. Very unfair!

Donald Trump is keeping Americans in the dark about his earliest conversations and decisions as president-elect, bucking a long-standing practice intended to ensure the public has a watchful eye on its new leader.

Trump on Thursday refused to allow journalists to travel with him to Washington for his historic first meetings with President Barack Obama and congressional leaders. The Republican’s top advisers rebuffed news organizations’ requests for a small “pool” of journalists to trail him as he attended the meetings.

The decision was part of an opaque pattern in Trump’s moves since his victory Tuesday. He was entirely out of sight on Wednesday. His aides said he was huddled with advisers at his offices in New York. His team has not put out a daily schedule or offered any detailed updates on how he has spent his time. They have not acknowledged phone calls or other contact with world leaders.

When Russian President Vladimir Putin sent a congratulatory telegram to Trump on Wednesday, Moscow spread the word. A phone call with British Prime Minster Theresa May was announced in London. The pattern was repeated for calls with leaders of Israel, Egypt, South Korea and Australia.

The White House typically releases statements on the president’s phone calls with foreign leaders, providing some details about the conversation. Past presidents-elect have had early briefings with journalists, even in confusing first hours after Election Day.

But early signs suggest Trump is willing to break protocol when it comes to press access and transparency.

As a candidate, Trump railed against the press as “disgusting” and “dishonest.” He refused to allow a pool of campaign reporters and photographers to fly on his plane to events, sometimes starting his rallies before his press corps had arrived. The practice did not extend to his running mate, Mike Pence, who was followed by a traditional pool of journalists.

News organizations had tried for weeks to coordinate a pool of journalists to travel with Trump immediately after Election Day if he won.

Trump spokeswoman Hope Hicks said the president-elect’s team expects “to operate a traditional pool and look forward to implementing our plans in the near future.”

The White House Correspondents’ Association, which coordinates press pools and advocates for transparency at the White House, urged Trump to allow journalists to cover his meetings and other movements.

“This decision could leave Americans blind about his whereabouts and well-being in the event of a national crisis,” said Jeff Mason, White House correspondent for Reuters and the group’s president. “Not allowing a pool of journalists to travel with and cover the next president of the United States is unacceptable.”

Trump’s meeting with Obama in the Oval Office was recorded by the pool of White House reporters, photographers and TV journalists who cover the president.

Every president and president-elect in recent memory has traveled with a pool of journalists when leaving the White House grounds.

A pool of reporters and photographers was in the motorcade when President John F. Kennedy was shot and killed in Dallas. The pool was just steps away from President Ronald Reagan when he was shot outside a hotel in the District of Columbia and was stationed outside his hospital as he recovered. The pool also travels on vacation and foreign trips and at times captures personal, historic moments of the presidency.

The practice makes journalists eyewitnesses to how the president conducts business, rather than relying on secondhand accounts. They often capture more intimate moments between the president and people he greets. The White House, meanwhile, depends on having journalists nearby at all times to relay the president’s first comments on breaking news.

News organizations take turns serving in the small group, paying their way and sharing the material collected in the pool with the larger press corps. The pool also covers official events at the White House when space doesn’t allow for the full press corps.

Because of safety concerns, presidents and presidents-elect travel in a bubble of security, with the exact timing of their travel kept secret and streets often blocked off around their events. That leaves news organizations dependent on the White House to facilitate the pool coverage by arranging security clearances and transportation.

On Thursday, photographers were not allowed to shoot a meeting between first lady Michelle Obama and Melania Trump, who joined her husband on the White House visit.

The White House released a photo taken by a staff photographer and circulated it on social media. This does lead one to wonder if this is how the new Trump White House will work by sending out approved images only.